It’s always been a point of pride for some Mac users out there that worrying about potential malware threats isn’t as big of a concern as it is while using Windows. And, despite the fact that a new report says threats are growing for Apple’s computers, that talking point still seems to stand true.

Atlas VPN says that, in 2020, there were 674,273 “new malware samples” discovered. Compare that to 2019 when there were “only” 56,556 malware samples discovered. That’s quite the uptick. And of course, malware covers a lot of dangerous threats to computers, including backdoors, passwords dealers, obfuscators, rogue security software, trojan clickers, worms, ransomware, and more. 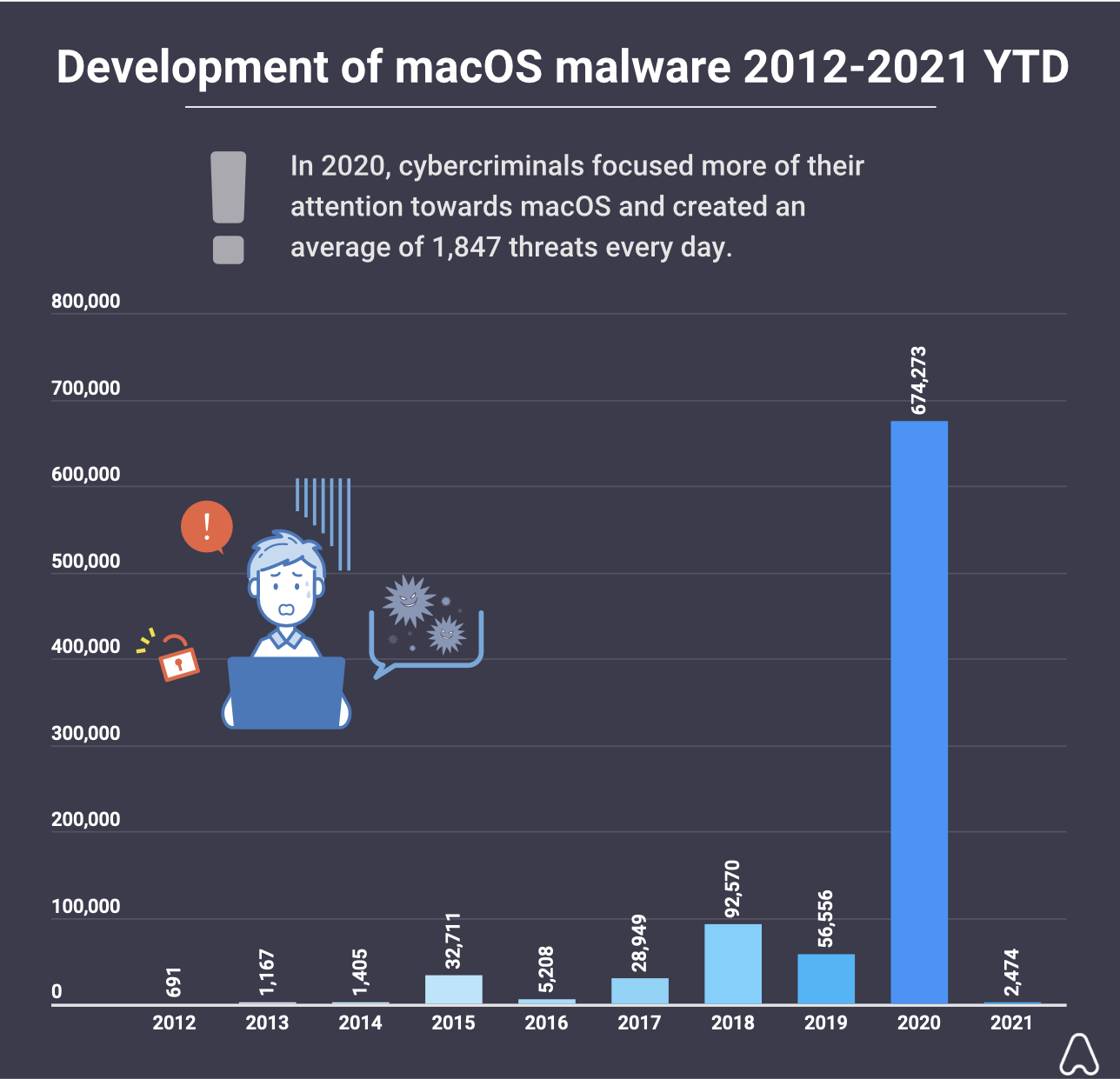 The report reveals that with these numbers, cybercriminals developed 1,847 new threats every single day throughout 2020. This is probably a stat that Apple isn’t all too fond of, especially when those numbers have been so historically low up until last year.

Still, it pales in comparison to malware development for Windows.

While Atlas VPN shows macOS malware development in the thousands, Windows malware development is in the millions. The company says that a record 91.05 million new malware samples for Microsoft’s desktop operating system were found in 2020. That means cybercriminals developed a whopping 249,452 threats per day throughout last year.

Atlas VPN did note that Windows malware development is technically growing at a slower rate than macOS. But, with how many are in development by default, it’s not necessarily the greatest thing to be happy about. A silver lining, at least.

Maybe Intel should have included this bit of information in their latest anti-Mac ads (starring Justin Long no less)?

Go read the company’s full report if you want to know more about malware development for both platforms. It’s an interesting read.