To make its platform safer for teenagers, Instagram today announced new policies to restrict direct messaging between teens and adults they don’t follow. In other words, adults will no longer be able to send messages to Instagram users who are underage and don’t follow them. 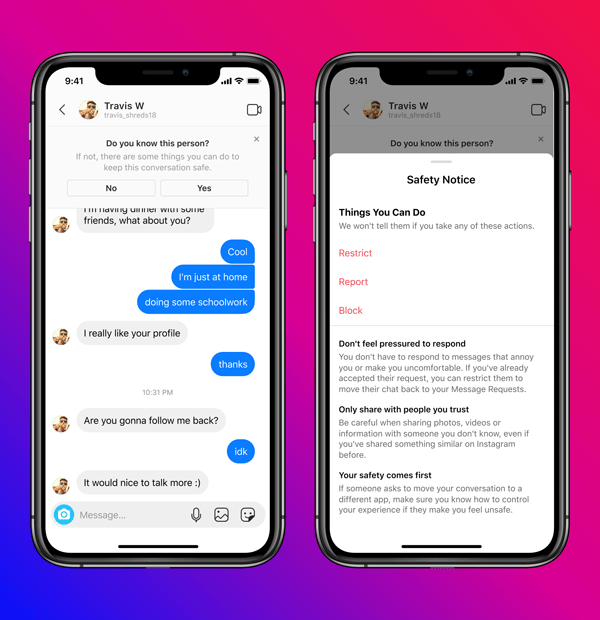 If the user is under 18 and follows an adult, however, Instagram will allow DMs between them. Basically, this new feature requires that a teen rather than an adult establishes the connection, giving them more control over their Instagram experience.

Additionally, new features in the coming weeks will make it more difficult for adults “who have been exhibiting potentially suspicious behavior” to interact with teens on the platform.

This may include things like restricting these adults from seeing teen accounts in ‘Suggested Users’, preventing them from discovering teen content in Reels or Explore and automatically hiding their comments on public posts by teens. 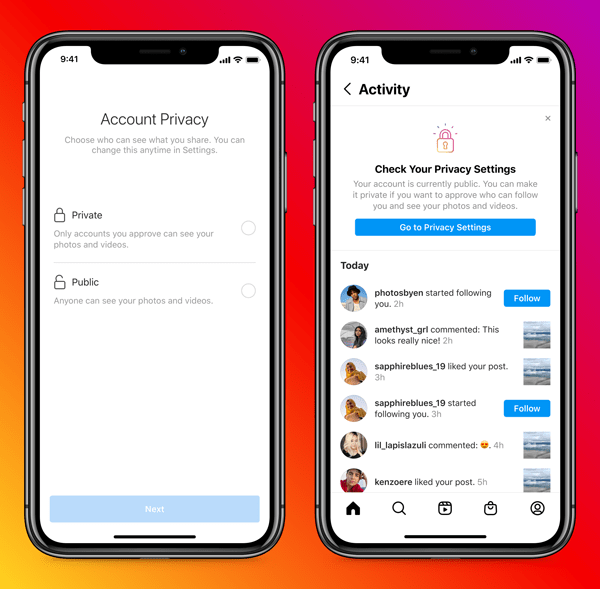 “Our aim is to encourage young people to opt for a private account by equipping them with information on what the different settings mean,” the company notes.

Also, new safety notices will warn teenagers to be careful about messaging adults they’re already connected to. This feature will start rolling out in some countries later this month.

Safety notices in DMs will notify young people when an adult who has been exhibiting potentially suspicious behavior is interacting with them in DMs. For example, if an adult is sending a large amount of friend or message requests to people under 18, we’ll use this tool to alert the recipients within their DMs and give them an option to end the conversation or block, report or restrict the adult.

And to stop people from lying about their age (Instagram requires everyone to be at least 13 to use the service), the company has developed new artificial intelligence and machine learning technology to predict peoples’ ages and apply the aforementioned features.