The unc0ver jailbreak only just picked up support for iOS & iPadOS 14.0-14.3 this past weekend, and while it was met with unprecedented hype from those who’ve been waiting for a public iOS & iPadOS 14-centric jailbreak for all devices, anyone could have guessed that the tool would soon receive subsequent updates with bug and stability fixes.

Unc0ver received its first update after adding support for iOS & iPadOS 14.0-14.3 Monday evening with a number of improvements, but as many veteran unc0ver jailbreakers would come to expect, it wouldn’t be the final update. The unc0ver jailbreak tool received an update once again on Wednesday, this time to version 6.0.2 with additional changes.

Pwn20wnd announced the release of unc0ver v6.0.2 via Twitter only a few minutes ago: 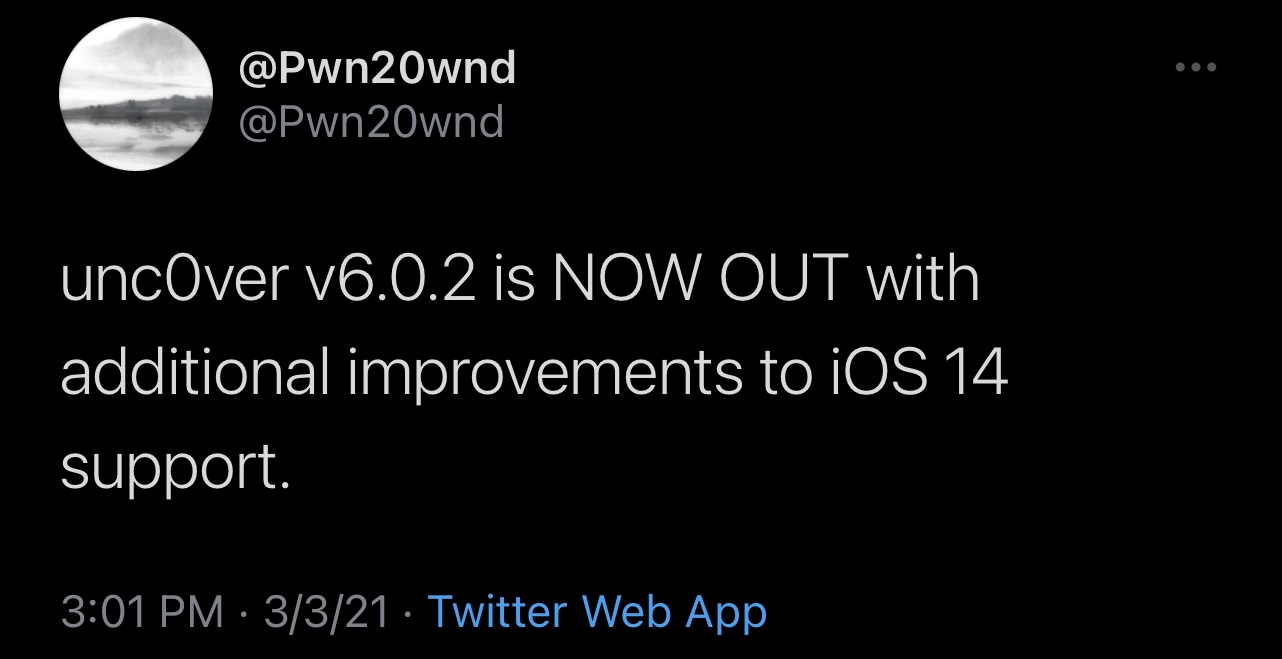 The official change log for this release isn’t particularly detailed, noting only “Additional fixes for stability and reliability problems on iOS 14.” With that in mind, it’s not clear what kinds of changes exist in this update or what they attempt to fix.

When dealing with a jailbreak, it’s always a good idea to run the latest version that you can to ensure the highest level of stability and performance. With that in mind, we recommend this unc0ver v6.0.2 update to everyone already using the unc0ver jailbreak and to anyone who is thinking about jailbreaking with unc0ver for the first time.

If you’re already using the unc0ver jailbreak, then you can download and deploy the newer unc0ver v6.0.2 over your existing jailbreak to append the latest changes. Those who haven’t used unc0ver yet can follow the steps outlined in our step-by-step tutorial to jailbreak their iOS or iPadOS 11.0-14.3 device in only a matter of minutes.

As always, the latest version of the unc0ver jailbreak tool can be had from the official unc0ver.dev website. We don’t recommend downloading unc0ver from any other source besides unc0ver.dev for your own safety and security. Not all third parties are reputable, and downloading jailbreaks from untrusted sources is a good way to end up with unwanted malware.

Have you downloaded and installed the latest version of the unc0ver jailbreak yet? Let us know how it went for you in the comments section down below.