Apple Pay isn’t available everywhere, but Apple is working on that. The company continues to expand the mobile payment option to more markets, with one more in line.

According to The Verifier, Apple Pay is about to expand into Israel sooner rather than later. The publication states, based on information gathered by the publication, that at least one bank is preparing for the mobile payment’s imminent launch. The Israeli mobile banking option, Pepper, updated its iPhone app to show that a “surprise” is on the way, but wouldn’t go into any more detail in the recent changelog for the new version.

A subsequent splash screen after the app’s update, though, revealed the mystery. And, indeed, it looks like Apple Pay is about ready to launch for the bank. The splash screen shows the ability to add the card to the Wallet app and use Apple Pay. 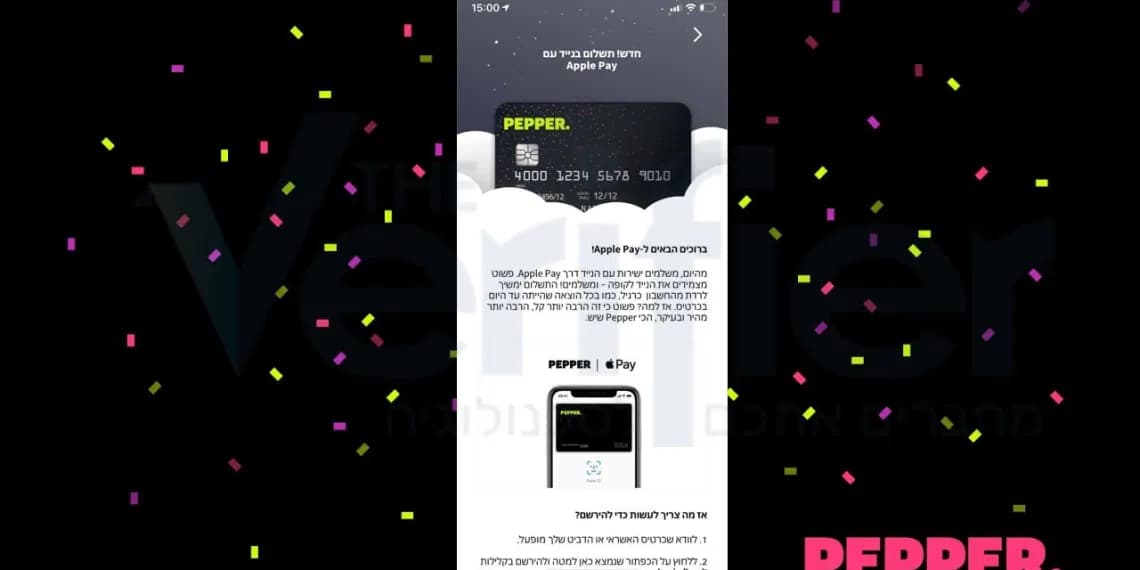 However, that screen is no longer showing in the app.

It’s a pretty clear indicator that Apple Pay is at least in the works for Pepper in Israel. We don’t have a launch date just yet. It may be a couple of weeks out, though.