iCloud for Windows has been around for a stretch already, but there’s one feature missing that some iOS/Windows users have been requesting: iCloud Keychain. And it looks like support is finally on the way.

As reported today by The 8-Bit (via MacRumors), Apple is bringing iCloud Keychain to Chrome for Windows, but work is still ongoing. As noted in the original report, the feature is technically live within the iCloud for Windows app. However, there isn’t any functionality for users just yet.

That’s because there isn’t an active Chrome Extension for users to download and install. The latest version of iCloud for Windows 10 offers “Support for iCloud Passwords Chrome Extension”, and there’s even a brand new password-syncing option in the app. You’ll check a box and get a prompt to log in using your Apple ID, and a confirmation via two-factory authentication. 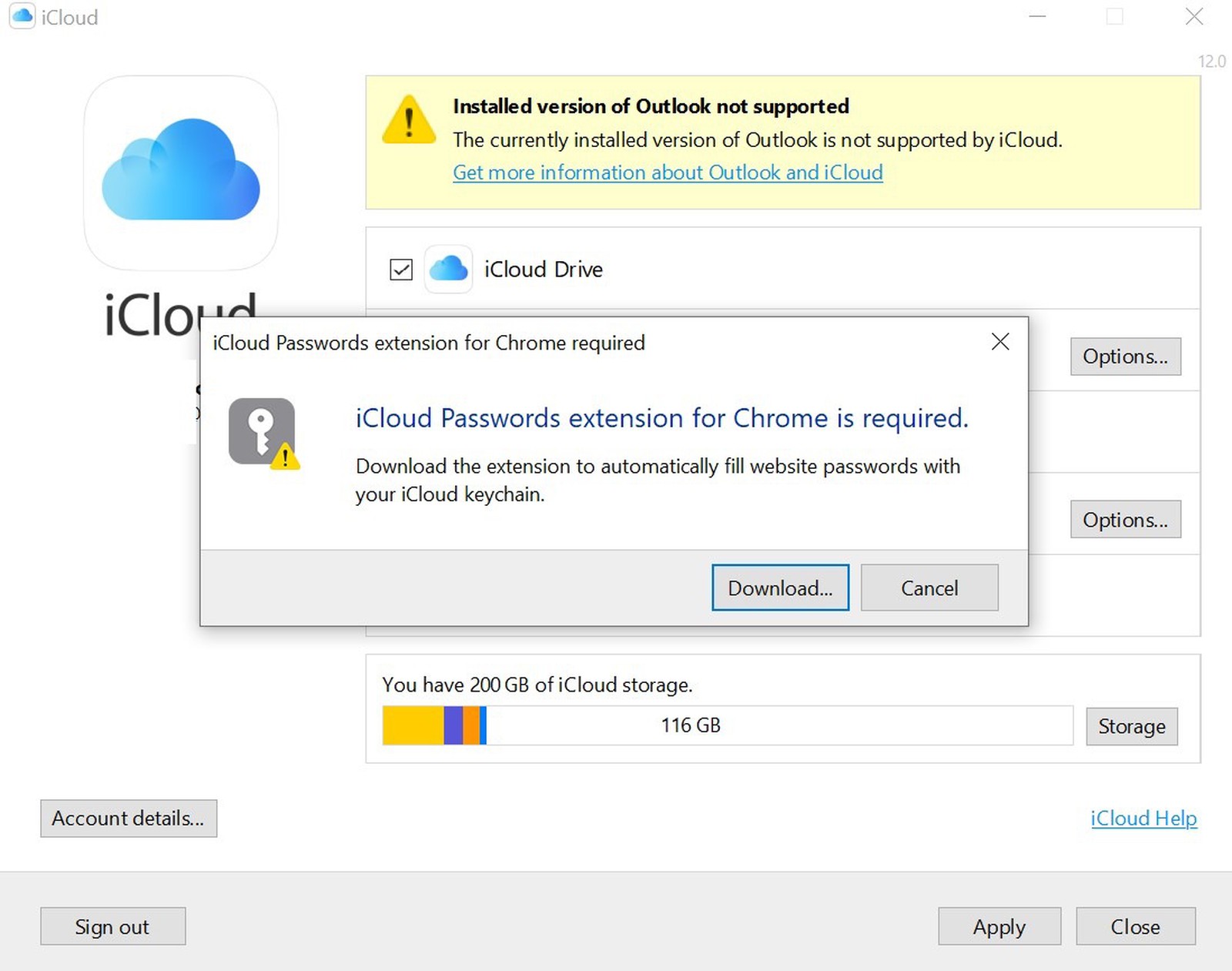 Going through the process of logging in and trying to turn on the iCloud Keychain feature will lead you to an option to download the Chrome extension. However, choosing that option will, at the time of publication, lead you to a 404 error page. So, as it stands right now, it looks like Apple jumped the gun a bit and may have turned the feature on before it was really ready.

Still, Apple does have a support document for iCloud for Windows that’s been updated to reflect the incoming change. Per the document:

If you use two-factor authentication with your Apple ID and own a device running iOS 14 or later, you can save important web passwords and keep them up to date in Safari on your iPhone, iPad, or iPod touch and in Chrome on your PC.

After it’s installed, simply click the iCloud Passwords Chrome extension icon when you visit a website where you’ve saved credentials.

As noted just above, you’ll need to have two-factor authentication turned on for your Apple ID to be able to use this feature.

There’s no word on when iCloud Keychain for Windows will launch, but it appears to be very soon.

Will you use this feature when it starts working?