Microsoft’s marketing department is once again exploiting the fact that Apple doesn’t seem interested in making a touchscreen Mac so it’s put together a new ad. In it, the Windows maker pits the Surface Pro 8 against Apple’s freshly-updated MacBook Pro featuring Apple silicon.

Right from the start, it’s obvious that the Surface would emerge victorious as the boy begins touting the advantages of the Microsoft machine over the MacBook Pro, including a touchscreen with a pen, the detachable keyboard and more affordable pricing.

Only Surface Pro 7 has the versatility and portability of both a tablet and a laptop. With features like touchscreen, detachable keyboard and pen, and enough power to run your favorite apps—you can work or play from anywhere. Microsoft Surface Pro 7 has everything you need to do what you love.

At one point, the ad takes potshots at Apple’s polarizing Touch Bar feature.

The boy calls the Touch Bar on the MacBook Pro a “little bar” and wonders, “Why can’t they just give me a whole touchscreen?” Apple may not give you a touchscreen anytime soon, but that Touch Bar seems to be going away. According to Bloomberg, the next MacBook Pro coming later this year will drop the Touch Bar feature. 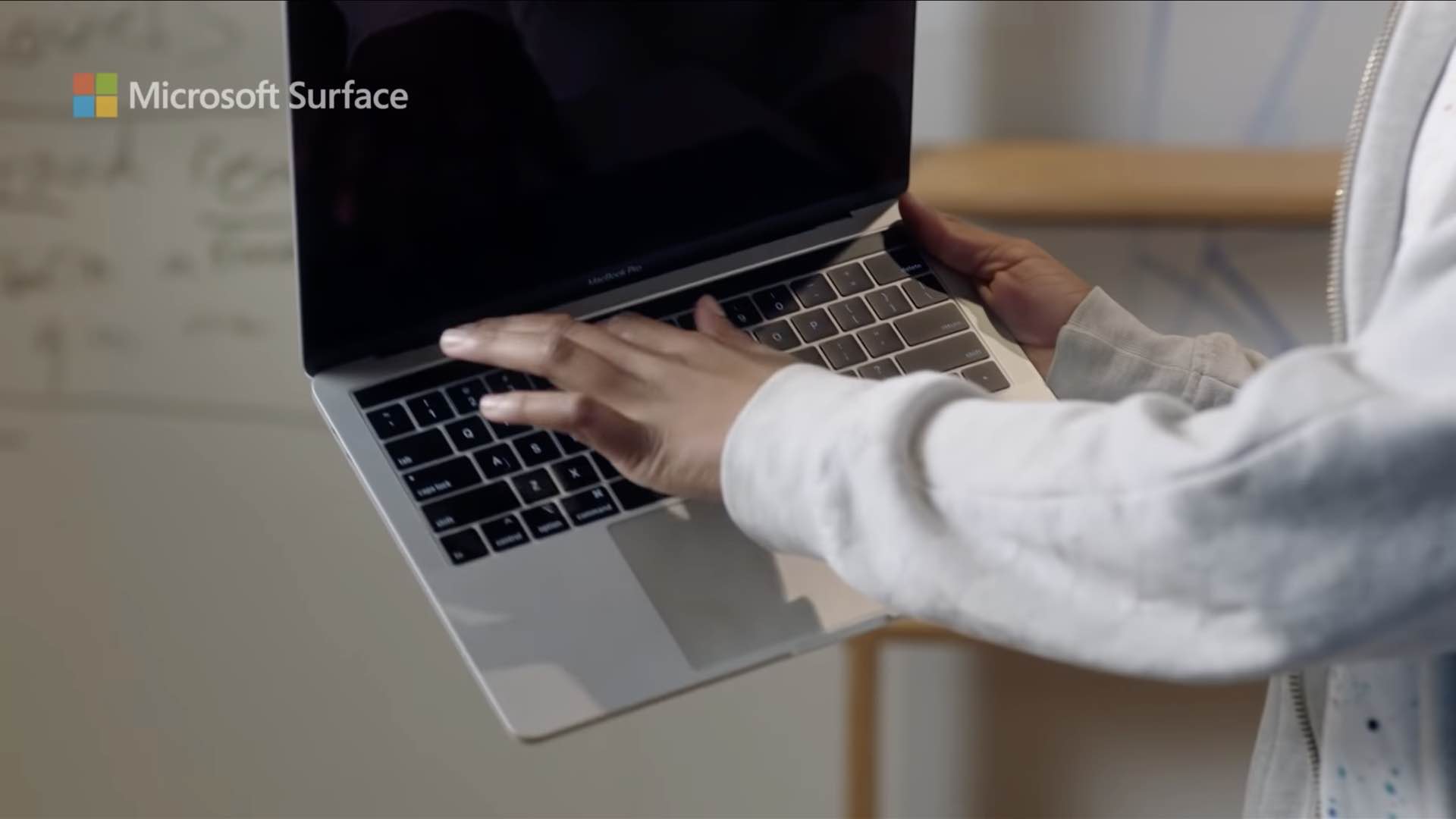 Somewhat confusingly though, the commercial goes on to praise the Surface as “a much better gaming device” than the MacBook Pro. That may be true for Intel-based Mac notebooks, but this new MacBook Pro with the M1 chip is significantly faster than the majority of PCs and has powerful graphics so I’m not sure that claim is true.

Other than that, a pretty solid ad from Microsoft.