Apple has shared a nearly-three-hour playlist on Apple Music, which was calculated using Shazam’s predictive algorithms, that spotlights artists to watch out for in 2021 and beyond.

Based on Shazam data reviewed by its editors, it represents a “remarkably global and diverse bunch” of artists from all corners of the globe, including Australia, Congo, Belgium, Zimbabwe and Puerto Rico. It also sports currently popular genres such as K-pop, house and R&B. 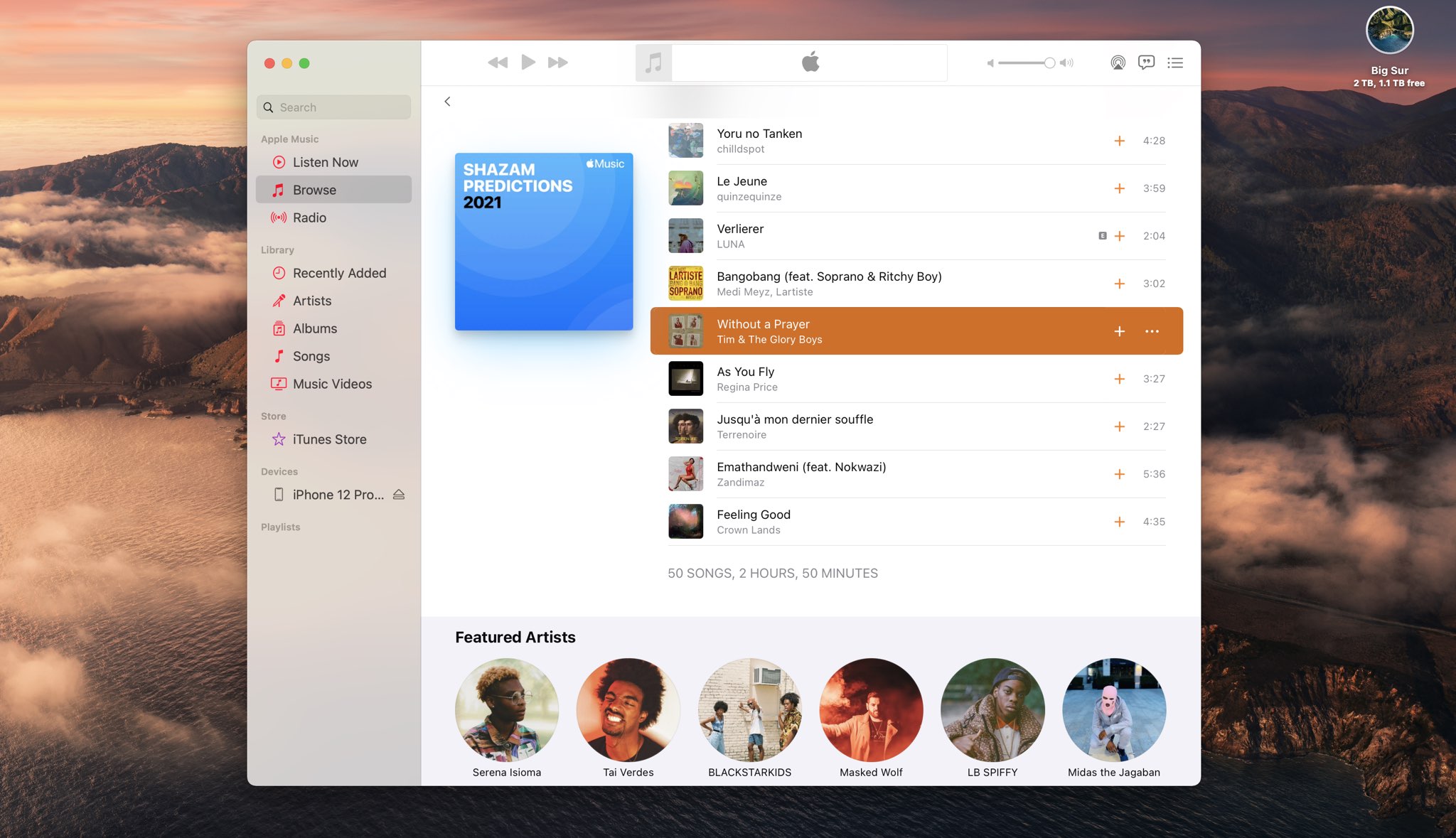 Have you ever scanned your Shazam history and spotted a big star—someone you discovered months or years before they became a household name? Every day, the app gets millions of requests from users around the world who are curious about the artist behind a song. These Shazams come from all over—TikTok videos, car commercials, coffee shops, overhearing something in the wild—which make it a powerful tool for predicting tomorrow’s heavy hitters.

You can listen to the Shazam 2021 Predictions playlist on ‌Apple Music‌. To add it to your music library, hit the “+Add” button. If automatic downloads are turned on for the Music app, doing so will automatically download the playlist songs so you can listen to them offline.