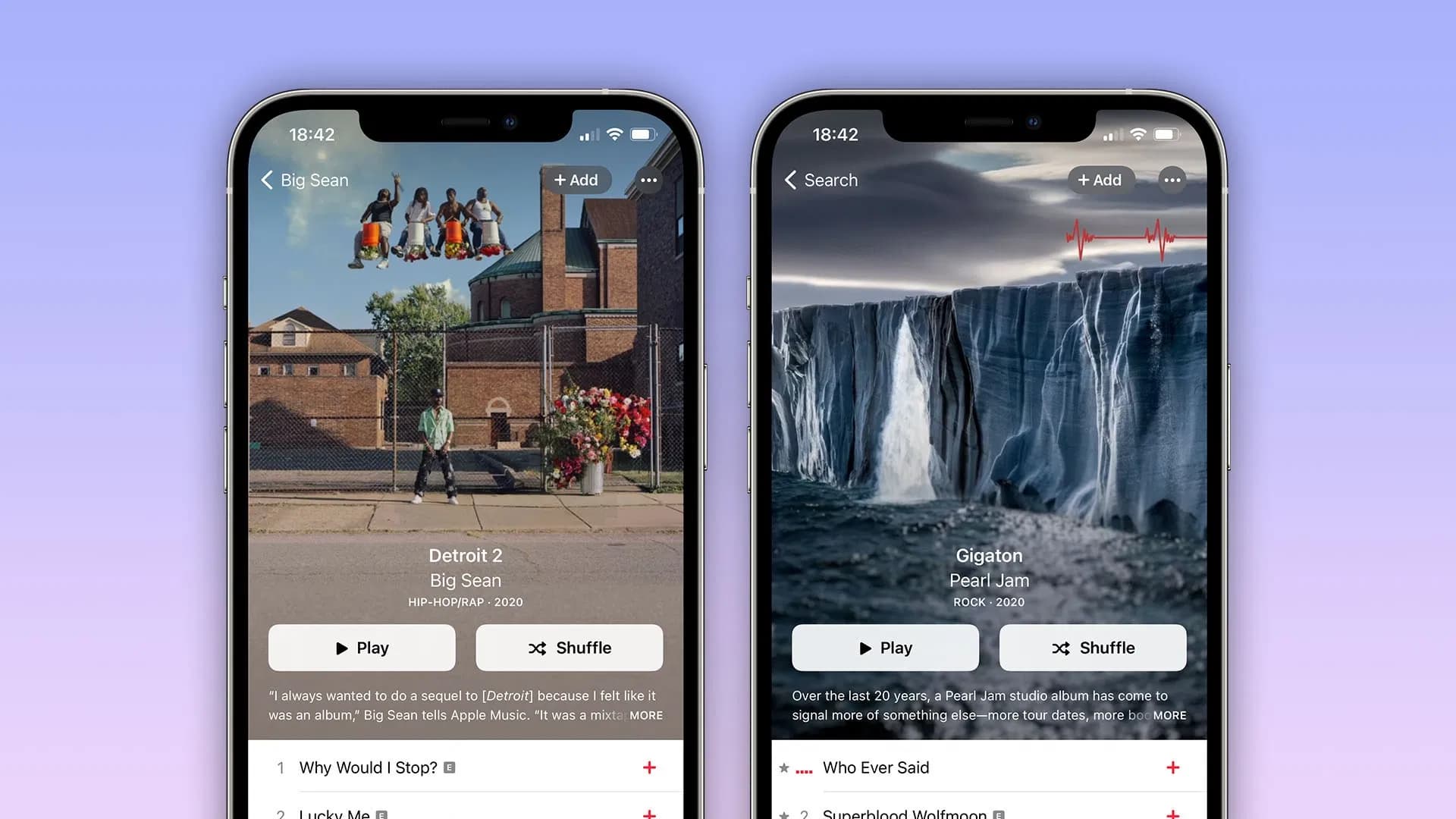 Apple Music is looking to spice things up a bit, and not just with the music. It looks like the next big update for iOS 14 will welcome a new feature for the streaming service.

As noted on Thursday by 9to5Mac, Apple Music is going to start showing off some animated album artwork for some albums on the service. The new feature is supported in iOS 14.3, which is expected to launch to the public sometime in the next week or so.

Apple Music actually already has some motion in its album artwork, at least for its official playlists. When you open the app and tap the Listen Now tab, you’ll see playlists like the Favorites Mix and the Chill Mix show some colorful animations. But, at least up until now, standard album artwork hasn’t been animated.

That will change in iOS 14.3, though. Users running the latest release candidate for the software discovered some animated album artwork while using the app. The feature is present in macOS 11.1 Big Sur as well, so desktop Apple Music users won’t be left out in the cold.

You can see the new animated artwork in action in albums like Pearl Jam’s Gigaton and Big Sean’s Detroit 2 if you’re already running iOS 13.4, iPadOS 13.4, or macOS Big Sur 11.1 on your devices. While on the iPhone the animated artwork takes up half of the screen, they have the same size as regular album artwork on the iPad and Mac.

You can check out a video of what the animated album artwork looks like at the source article.

It’s a small change, to be sure, but one that will help some albums stand out. There’s no word yet just how many albums will offer support for the feature, but one can imagine it will be pretty widespread before too long.