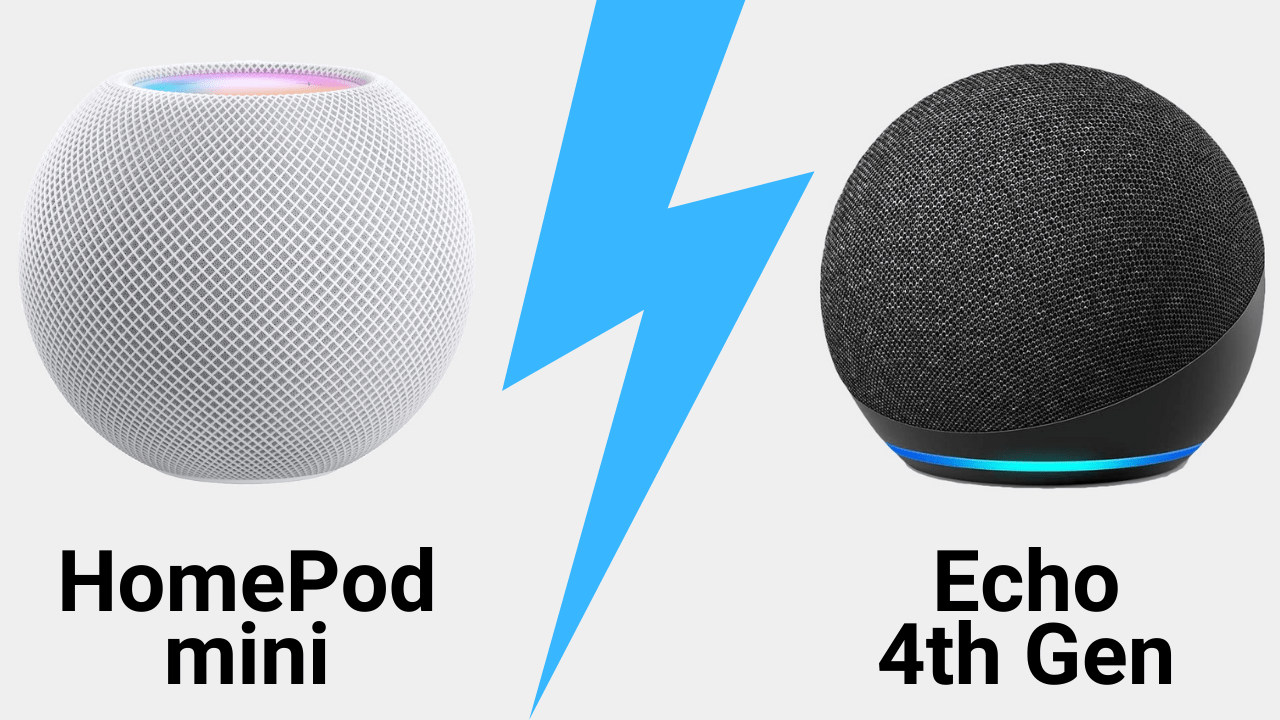 Apple introduced a tinier version of its popular HomePod called HomePod mini. This smart speaker is not only smaller in size, but also in price as compared to its parent. Both of these features put the HomePod mini more in the running as a direct competitor to the Amazon Echo.

Whether for yourself or a gift for a loved one, you might be trying to decide between the two (or three including the Amazon Echo Dot). To help, we have a comparison of HomePod mini versus Amazon Echo. Hopefully this will help you pick the best smart speaker for your home or someone else’s.

Since the first most obvious thing you may look at for these speakers is size, that’s where we’ll start our comparison. This can be an especially important aspect if you have limited space for the speaker. 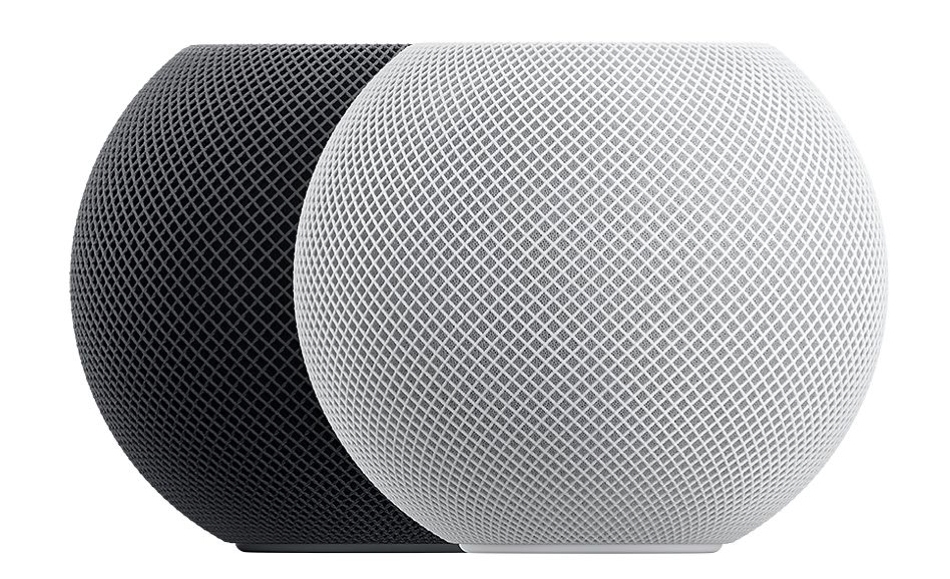 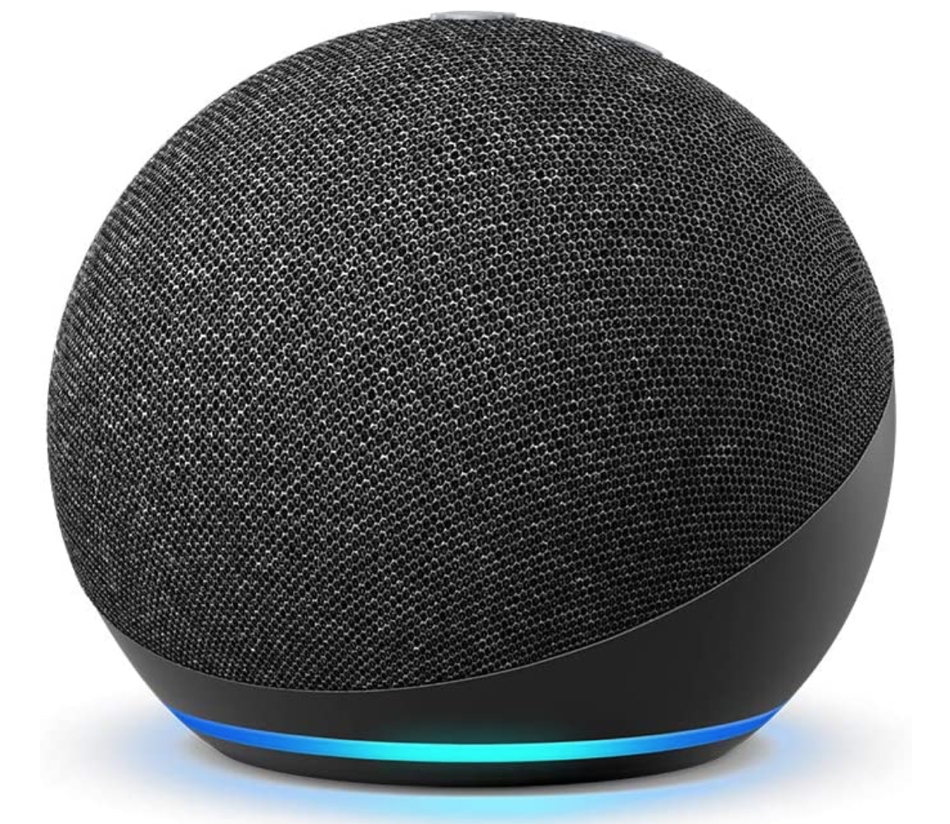 As you can see, the closest in size to the HomePod mini is the Amazon Echo Dot. The dimensions are almost identical, as is the weight, but all three sport the spherical shape.

Currently, you can buy each smart speaker outright or take a look at the helpful installment payment plans from Apple and Amazon.

It’s no surprise that Apple’s HomePod mini is priced higher than both Amazon Echo speakers. So if you’re on a tight budget, price should be a consideration.

The HomePod mini gives you 360-degree sound which pushes sound from the bottom. With a full-range driver, computational audio for real-time tuning, and great bass extension, you should be happy with the sound quality on HomePod mini.

So, the sound on Amazon’s speakers is directionally different than Apple’s and neither the Echo or Echo Dot offer computation audio or advanced features. However, each Amazon speaker’s sound is better than its predecessors albeit maybe not “superior” to Apple’s HomePod line in crispness and clarity.

If it comes down to a Siri versus Alexa debate, you must not just consider the assistant but which ecosystem you’re most invested in, now and down the road.

Apple’s Siri and Amazon’s Alexa each have their wisdom and talents. But if you’ve used them both, you’ve probably noticed that Siri is not quite as useful as Alexa, as a whole. That’s not to say that Siri doesn’t get the job done, but Alexa seems to have a further reach.

If you own other Apple devices, already use Siri, and are even in the midst of creating a smart home, then the HomePod mini would likely be your best bet. But if you’re just beginning your journey, aren’t partial to either side, and want a digital assistant that can give you what you need without many limitations, Amazon Echo or Echo Dot is a great way to start.

These are speakers, right? Of course if you’re looking into a smart speaker, you want the “smart” but you also want the “speaker” – which means music.

HomePod mini: After only allowing Apple Music to be a HomePod’s default music app for some time, Apple has finally allowed other services in. You can set services like Pandora (and soon, Spotify) to be the go-to music source on your HomePod mini.

Keep in mind that even though you can only select from a few music services as your default on HomePod mini (currently), you can use AirPlay and transfer from one of your other devices to HomePod. It’s not as convenient, but still an option.

Amazon Echo and Echo Dot: Amazon leaves the door open on their smart speakers for you to listen to whichever service you want by default. This means you can pick from options like Amazon Music, Pandora, Spotify, SiriusXM, and yes, even Apple Music. (This is not an exhaustive list either.)

If you don’t want to feel constrained by your music service preferences, one of Amazon’s speakers is a better choice. But again, when it comes to HomePod mini, there’s always AirPlay!

When it comes to HomePod mini versus Amazon Echo, they can both control your smart home, manage timers and alarms, remind you of to-dos, and give you the weather, news headlines, and local showtimes. Each speaker can play your music and play it well, plus give you your own personal digital assistant.

Each smart speaker is as useful as you make it.

If you aren’t already invested in Apple and Siri, and aren’t sure if you want to be, then one of Amazon’s speakers is your best bet. If you use Siri regularly on other devices and want amazing sound for your tunes, then you’ll likely be happier with the HomePod mini.

So? Which will you pick and why? Let us know!