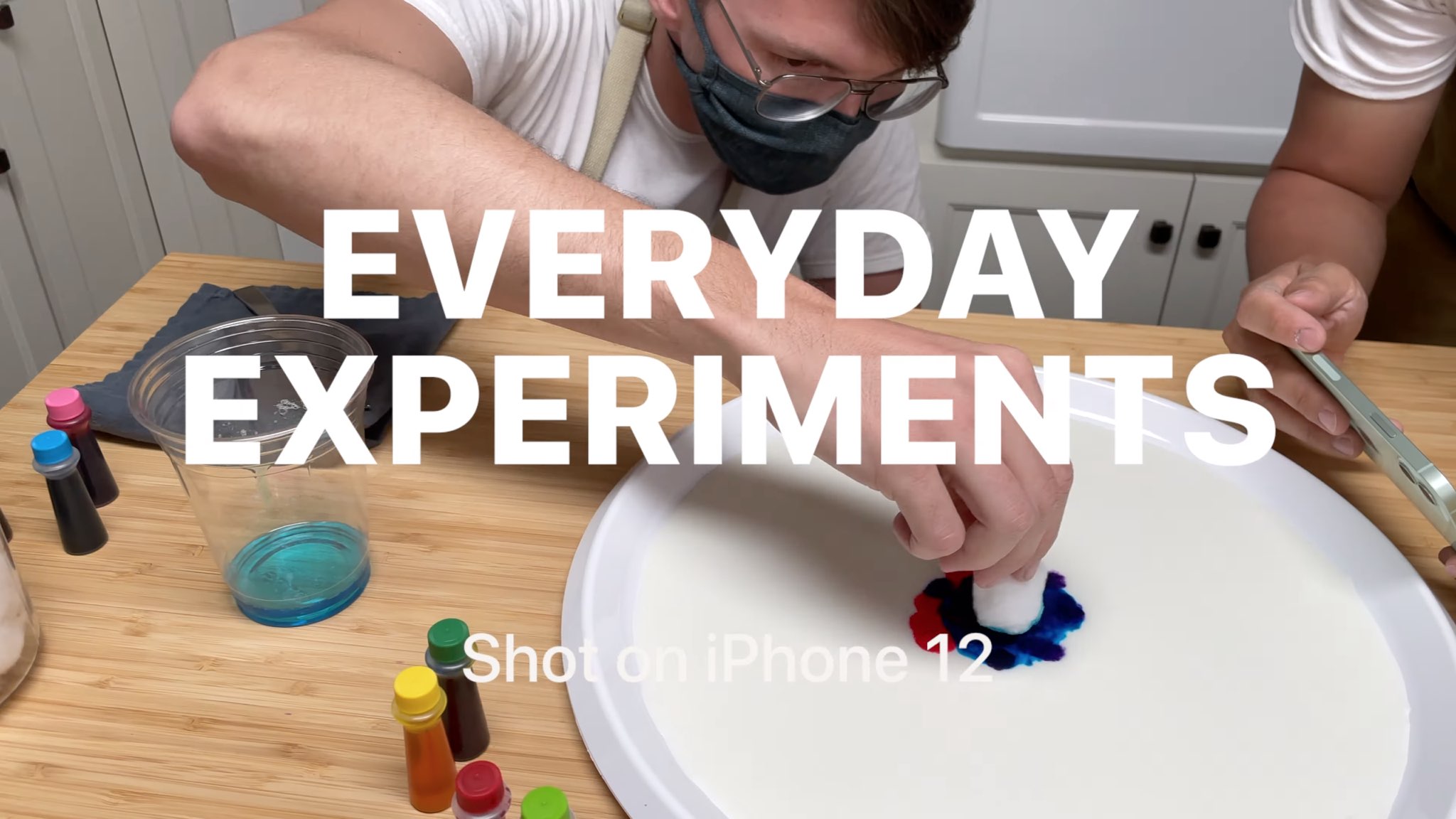 Apple over the weekend through its official YouTube channel shared a new video in 4K resolution highlighting the video-recording features of the new iPhone 12 camera.

The video is well worth a watch as it demonstrates that one only needs an iPhone 12 and a different perspective to turn the everyday into something extraordinary. “Try these simple experiments yourself or use them as inspiration to create incredible visuals from the stuff you already have in the cupboard,” reads the video’s description.

Watch Apple’s video in its 4K glory, embedded right ahead.

Some of the experiments featured in the video are quite remarkable.

For the blobs of color (mark 0:22), they filmed party balloons, water and colorful paper in slow motion. The psychedelic liquid formations (filmed in Dolby Vision) featured at mark 01:40 were created using a glass bottle, some water, food dye and baby oil.

At mark 03:00, the video shows turning night time into a creative canvas and paint with some glow sticks and string lights. That segment was filmed with an iPhone 12 on a tripod using Time-lapse photography in Night mode.

Apple in the past few years released several similar experimental videos that showcase the various capabilities of the iPhone camera. These videos are usually followed by their making-of counterparts so we’ll update this article as soon as this one receives a making-of treatment.