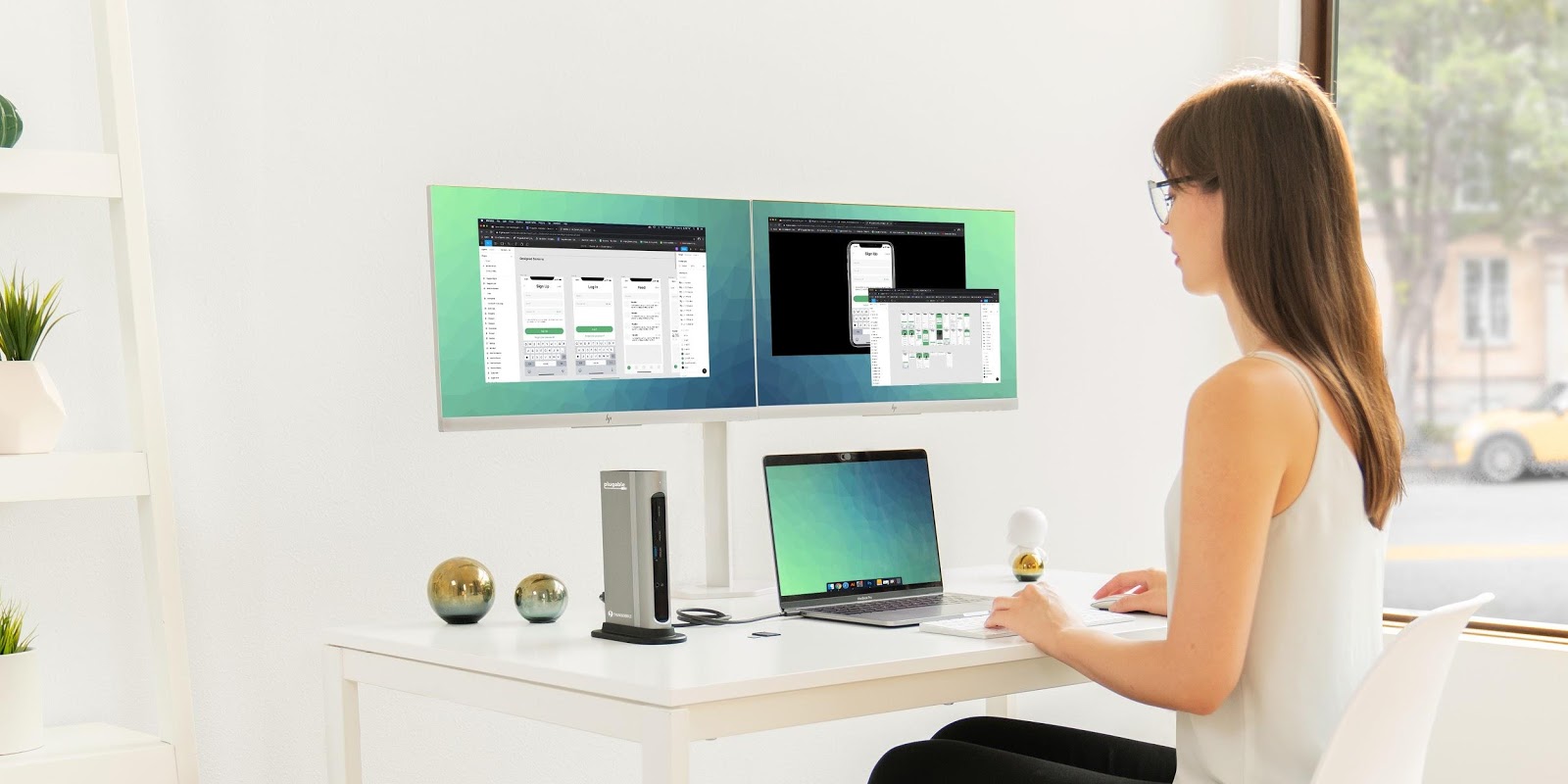 If you need a powerful Thunderbolt 3 dock for your Apple computers, look no further than Plugable’s new baby. Today, the company released its new TBT3-UDZ Thunderbolt 3 docking station that has a whopping 14 ports and provides 96W of power delivery. On top of that, the dock sports backward and forward compatibility from USB-C to USB4 and Thunderbolt 4.

With this dock, you can add up to two 4K displays at 60Hz to your compatible Mac computer, as long as it has the USB-C/Thunderbolt interface. Plugable claims the TBT3-UDZ features the widest compatibility with Thunderbolt 3 and USB-C laptops on the market.

It supports performance at a superset of the USB-C, USB4 and Thunderbolt 4 standards: 40Gbps, two displays and the maximum laptop charging rate supported by Thunderbolt devices. It also includes both HDMI and DisplayPort video output, making it the first Thunderbolt 3 docking station to offer this flexibility of display types. In short, this dock has it all and you don’t have to be a computer accessories expert to use it.

Based on Intel’s Titan Ridge chipset, the TBT3-UDZ features the following ports:

The Power port is rated with up to 100W (96W over the USB Power Delivery protocol). 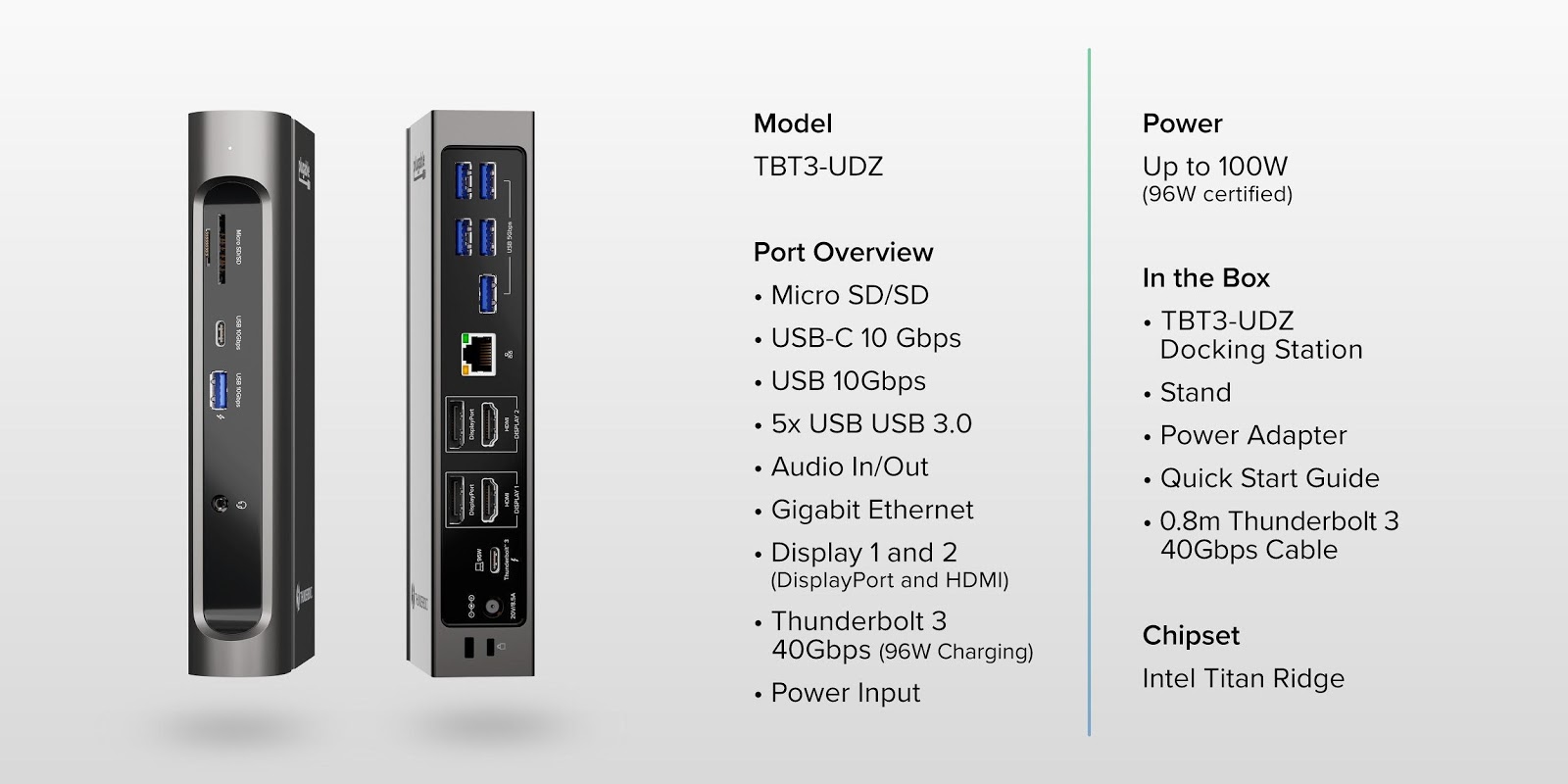 Aside from the included power adapter, the product arrives with a stand and a 0.8-meter Thunderbolt 3 40 Gbps cable in the box. The accessory can be used in both vertical or horizontal orientation, which makes it pretty versatile. Unfortunately, it’s not bus-powered so you’ll need to hide the included AC/DC power brick from plain sight.

The Plugable TBT3-UDZ is available today on Amazon, Newegg and Walmart for $299 with a $50 launch coupon on Amazon.com.