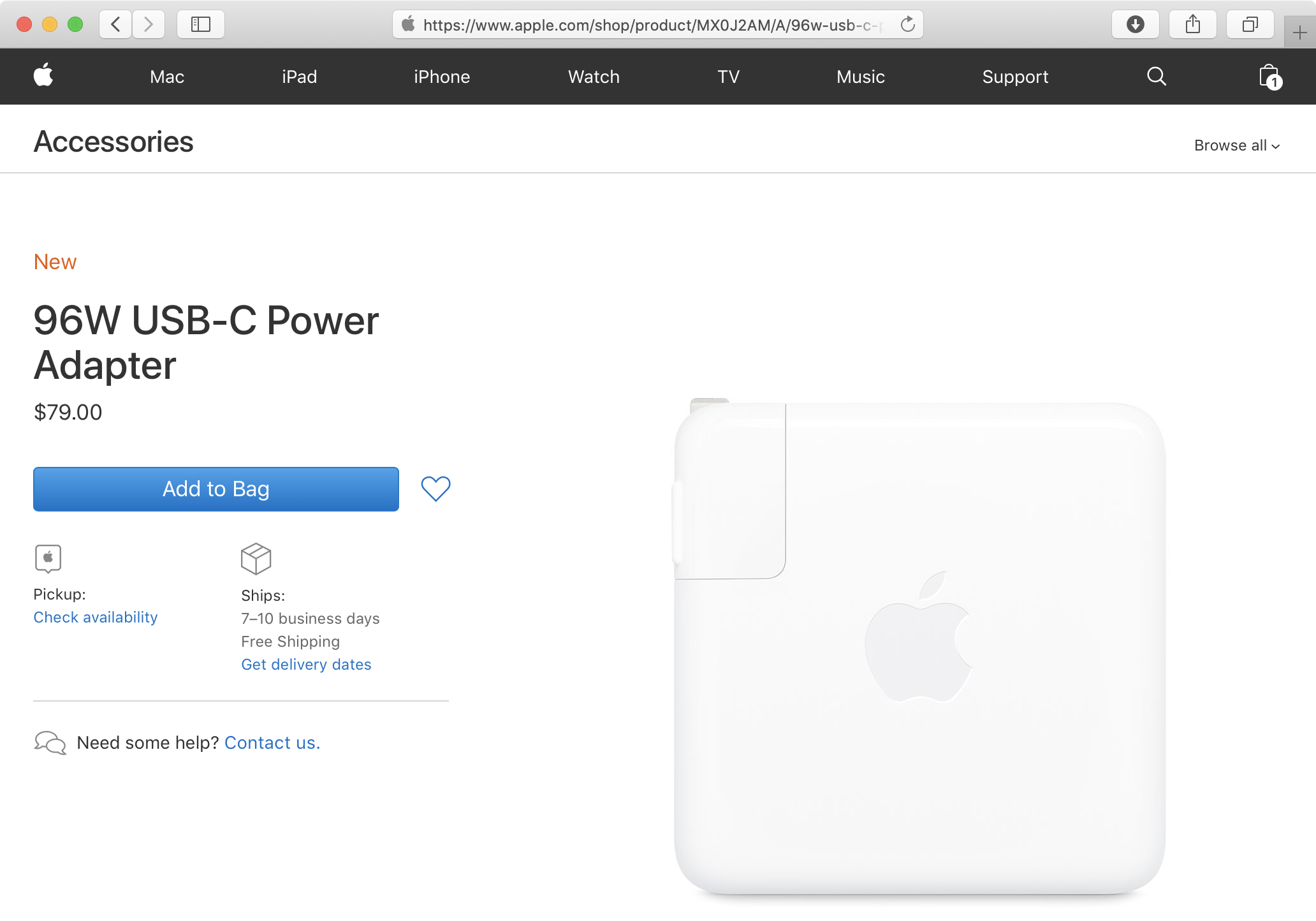 To complete the picture, here are all the chargers that Apple currently ships with their notebooks, as well as rated wattages of their built-in batteries.

The new 96-watt adapter can be purchased as a standalone accessory from Apple for $79 a pop (keep in mind that a charging cable is sold separately).

The 96W USB-C charger offers fast, efficient charging at home, in the office or on the go. While this power adapter is compatible with any USB-C\ device, Apple recommends pairing it with your 16-inch MacBook Pro for optimal charging performance.

And here are all the Mac notebook models this charger is compatible with:

According to Apple’s official technical specifications for the new 16-inch MacBook Pro, having a 100-watt-hour battery in the new MacBook Pro gives you up to 11 hours of wireless web browsing, up to 11 hours vide playback in the TV app and up to 30 days of standby time.

Aside from the notebook and the new charger, the box includes a 2-meter USB-C charge cable. If you’re going to be using your own charge cable to power this computer, be sure that it’s rated at 100 watts because not all USB-C charge cables are made equal.

As for me, I use rugged 100-watt USB-C charge cables from both Nomad and Mophie.