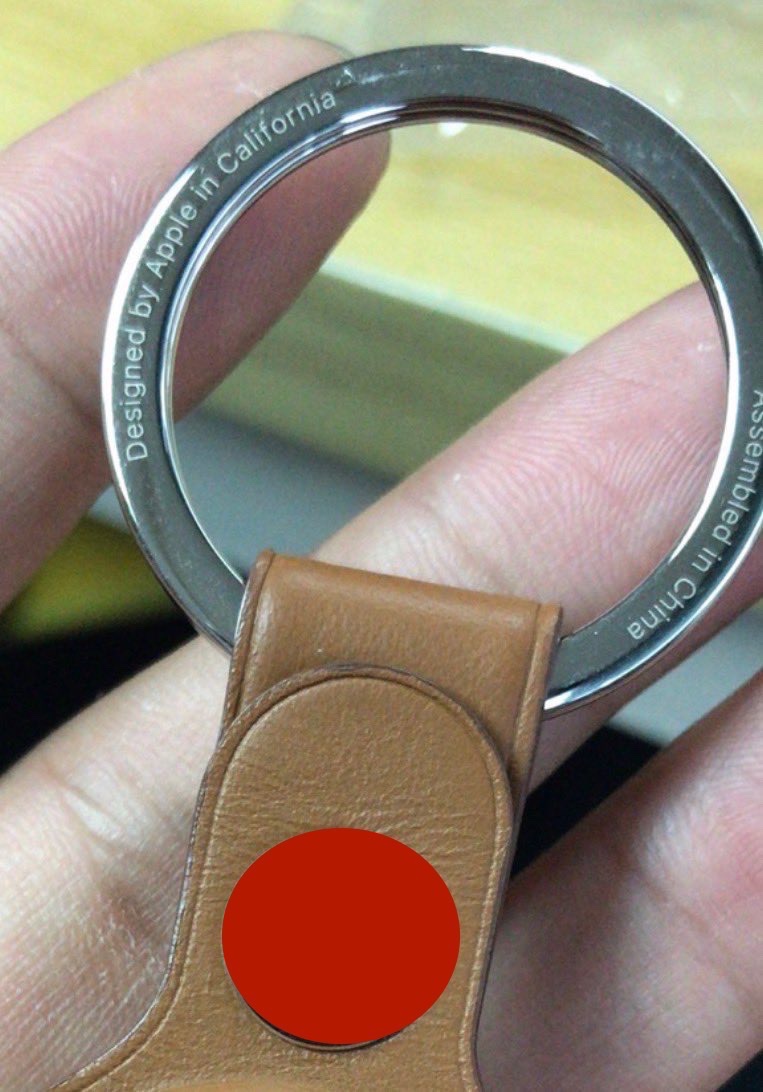 It’s been rumored for quite some time now Apple is going to launch a tracking device. This accessory would make it easy to find a misplaced iPhone, or other products.

And now we may have our first look at one of the accessories for Apple’s upcoming, but not official, AirTags. @choco_bit shared the image today on Twitter. You can see it at the top of this article, what appears to be a keychain that will fit an AirTag Bluetooth tracker.

While Apple hasn’t officially announced anything, the rumor mill has not been quiet on this subject. We’ve heard in the past that AirTags will be a small device, circular in design, and small enough to fit in this holder. The idea, it seems, would be to attach this keychain to something you want to keep tabs on, with the AirTags handling location.

As @choco_bit rightfully points out, though, this could be a fake. It may simply be a product meant to look like an AirTags keychain and not anything official.

Still, the leaker does also include imagery of a recent patent application Apple has worked on. It’s certainly similar, as you can see from the image below. But, again, nothing is certain at this point, and even @choco_bit says you should take the image with a “bit of salt”, just in case.

Whenever AirTags become official and arrive on the market, they will rely on the Find My network. This means you’ll be able to use the Find My app on your iOS device(s) to keep tabs on your AirTags while they’re out in the world.

When is Apple actually going to announce AirTags? That remains to be seen. The company does have the “One more thing” media event scheduled for Tuesday, November 10, though. It’s expected that the Apple Silicon Macs will dominate the event, but it’s certainly possible Apple makes some room to announce its new tracking devices, too.

If Apple does launch AirTags soon, do you plan on picking some up?