Apple is holding its last media event this year tomorrow, November 10, 2020, at 10am PDT. The “One more thing” event is pre-recorded due to the COVID pandemic and work-from-home measures. Here is how you can follow Apple’s upcoming product presentation and see the company’s first Apple Silicon-powered Mac models, regardless of where you live and which platforms or devices you may happen to be using for the moment.

Here's what you'll learn in this tutorial... Show table of contents
1) How to watch the Apple event on November 10
1.1) The Apple Events site
1.2) Apple on YouTube
1.3) Apple TV
2) Even times for major parts of the world

You can watch the show across your Apple devices and computers, as well as on non-Apple gadgets. And thanks to AirPlay, you can follow the event on one screen while listening to it on your HomePod, AirPods, AirPods Pro or your Hi-Fi system connected to an Apple TV.

How to watch the Apple event on November 10

Here are all the ways you can follow the upcoming “One more thing” product unveiling.

The Apple Events micro-site at apple.com/apple-events/ is home to videos of Apple’s public events. Point your web browser to this website on any device a few minutes before the event begins to watch the live stream directly from Apple in your browser. We suggest you visit the site now, then click the “Add to your calendar” link to download an event.ICS file to your computer. You can then open it to import the event reminder into your default calendar app.

In addition to the Mac, Windows, iPhone, iPad and iPod touch devices, the Apple Events website is accessible through Linux, Chrome OS and other operating systems. All major web browsers are supported, including Apple’s own Safari, Google’s Chrome and Mozilla’s Firefox. To watch a replay of previous Apple events, scroll down to the bottom and click the option to view all Apple events. Doing so will serve you the official Apple Events video podcast, which lets you download full-resolution replays of past events to your device to keep forever.

Apple’s official YouTube channel is taking advantage of a Google feature to put a placeholder video for the upcoming video stream with a handy countdown to the event. This lets you tap the option to set a reminder to be notified via a push notification when the event video is live.

Simply access Apple’s official video channel through the mobile YouTube app, or point your web browser at youtube.com/apple, then tap the “Set reminder” button. Apple will replace the placeholder video (which may show some looping animation with background music) with a pre-event stream a few minutes before the event starts.

YouTube may be the best option. Firstly, it’s platform-agnostic because the YouTube website works across platforms. And secondly, you can follow along in the YouTube app across a myriad of devices, including your iPhone, iPad, Apple TV, games console and smart TVs.

Apple used to provide the dedicated Apple Events app for Apple TV. As of January 2020, its functionality is integrated into the TV app. This may confuse folks who don’t expect to watch Apple events in the same app used for streaming Hollywood entertainment. 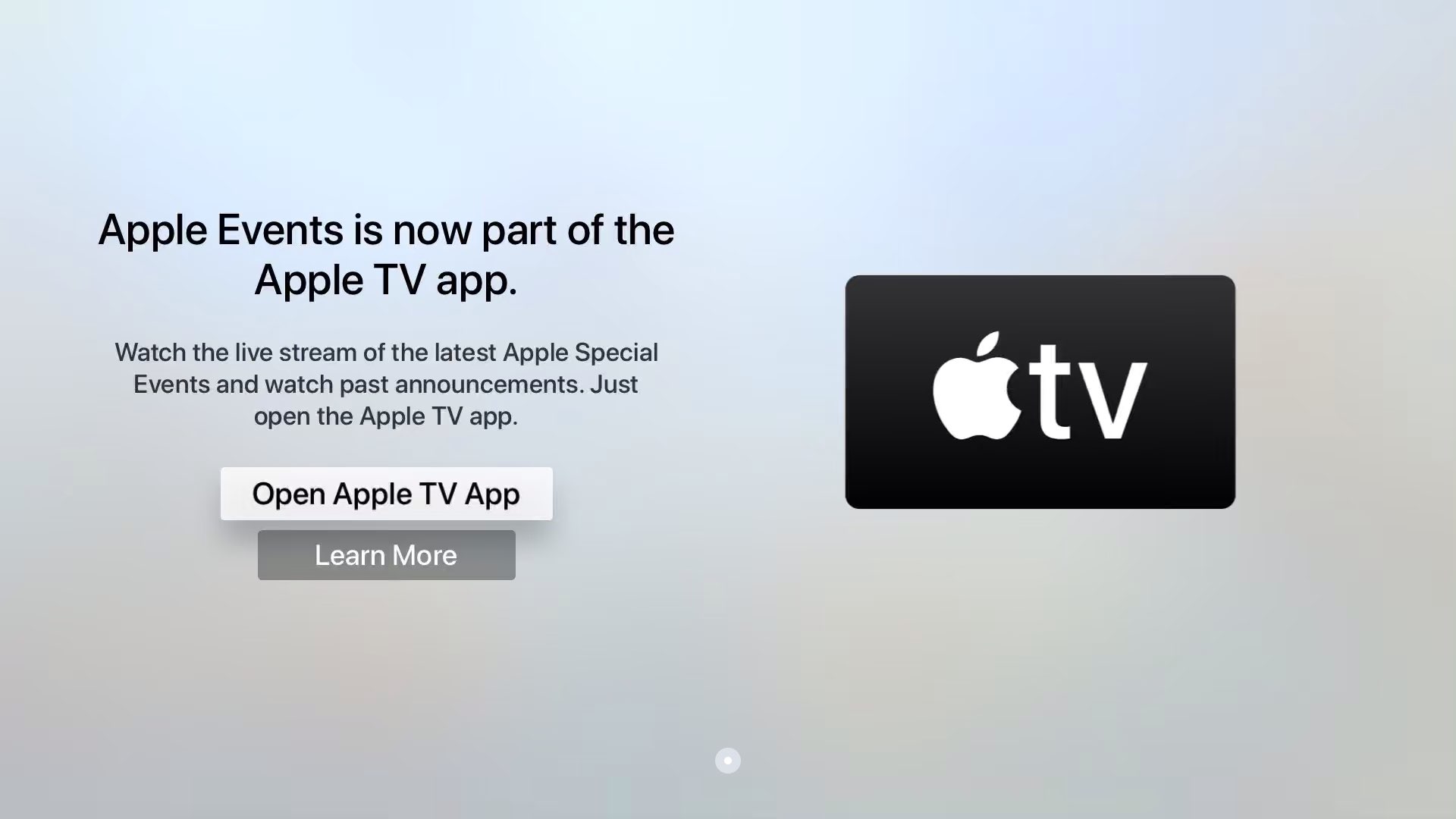 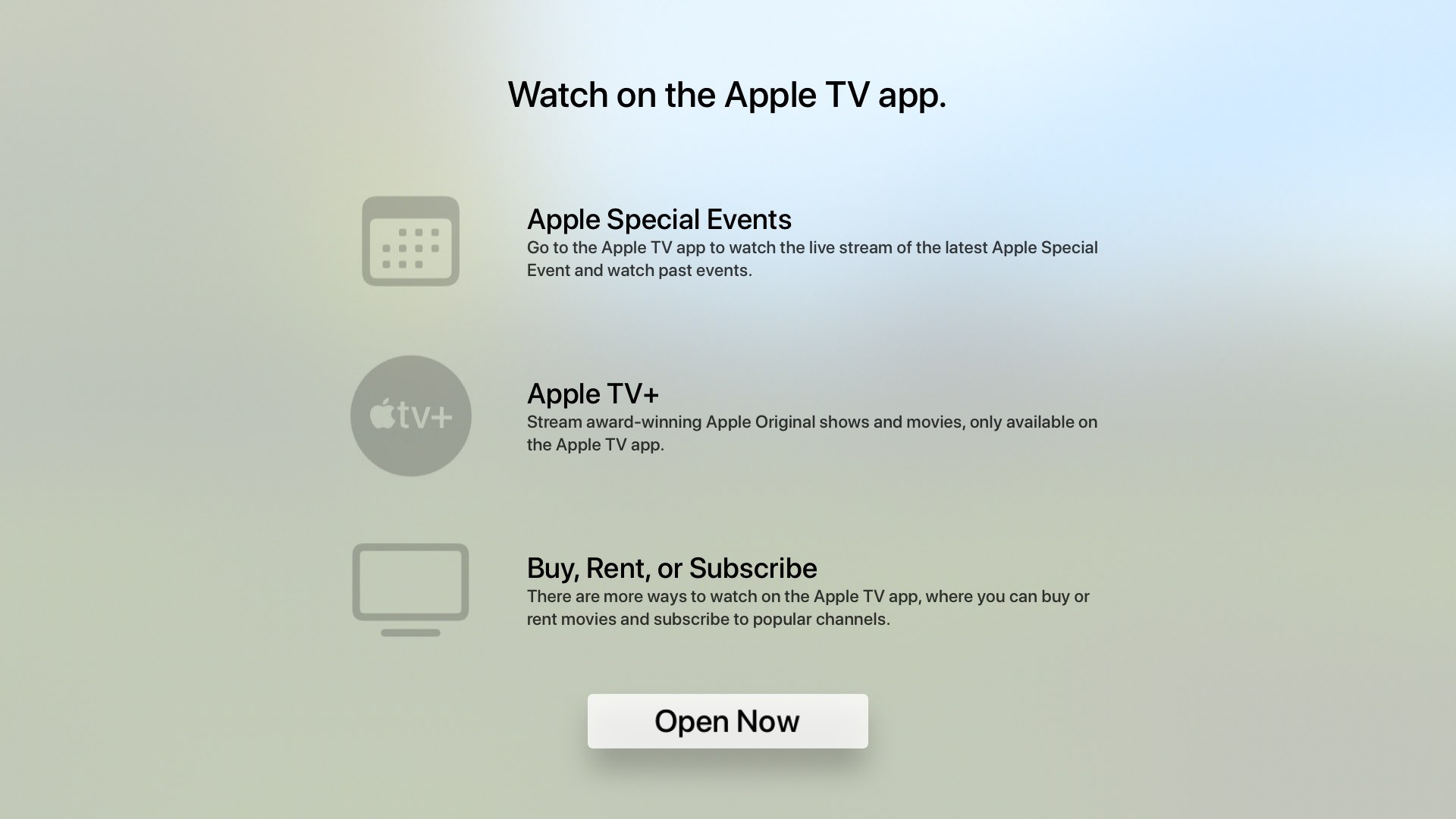 If the “One more thing” event doesn’t show up within the TV app, try again in a few hours (or an hour or so before the event starts). In the meantime, you can watch previous Apple events there. Our advice: Since the YouTube app offers the most reliable streaming experience on the Apple TV, consider using it if you plan on watching the event on your big screen TV.

Even times for major parts of the world

Here are local Apple event times for major parts of the world:

Use the time zone web app to quickly convert time from one time zone to another or ask Siri about the time in any part of the world (“Hey Siri, what’s the time in London?”).