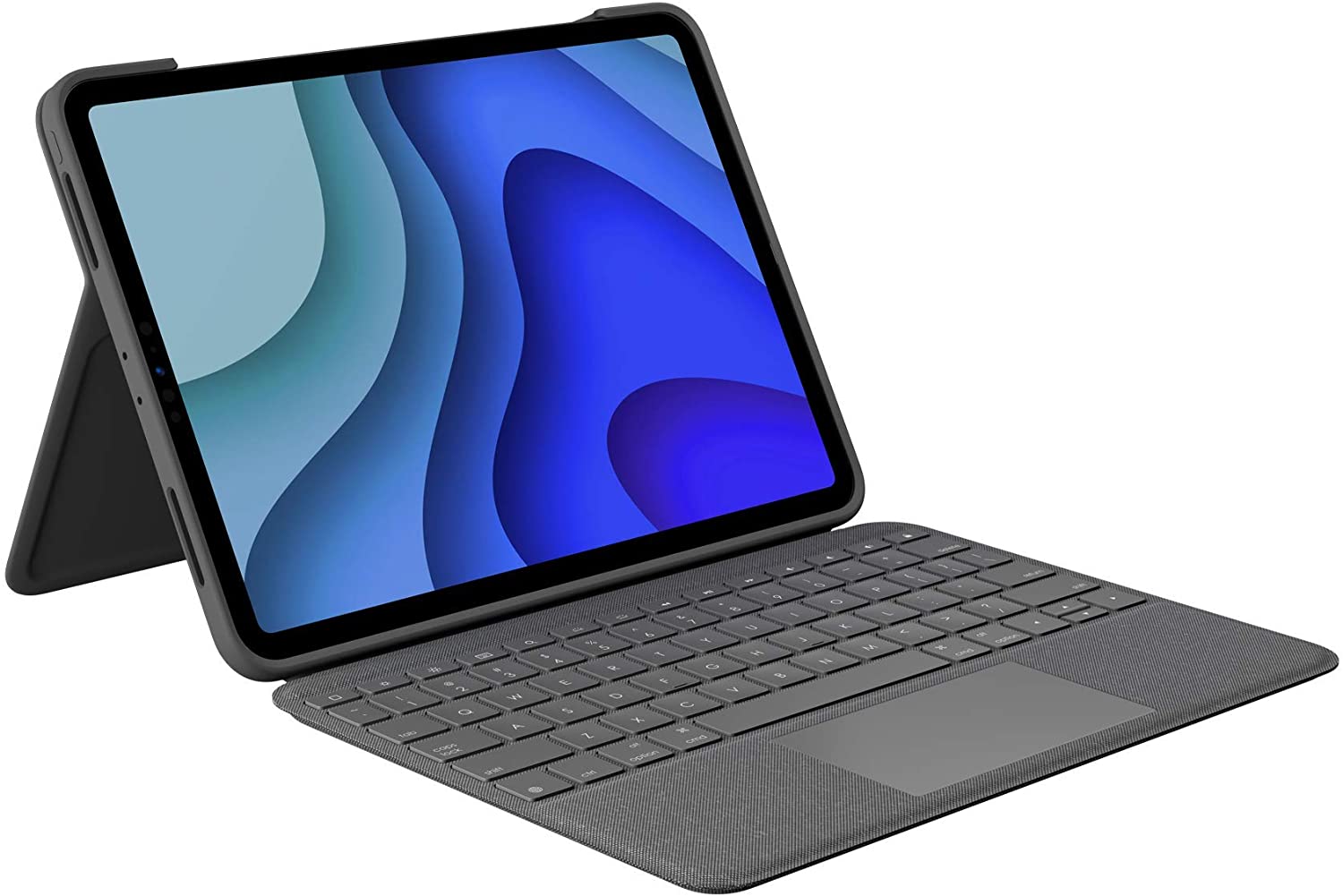 Apple launched a redesigned iPad Air earlier this year, but the tablet went on sale in late October. If you picked one up, it might be time to protect your investment with a case.

Apple introduced the new iPad Air in late September, and the device went on sale a little over a month later. The redesigned tablet features a 10.9-inch display, and with its new design fits in cases initially designed for the 11-inch iPad Pro. As such, there are plenty of great options to help protect your new colorful tablet. So we’ve put together a list of some of the best cases you can buy right now. 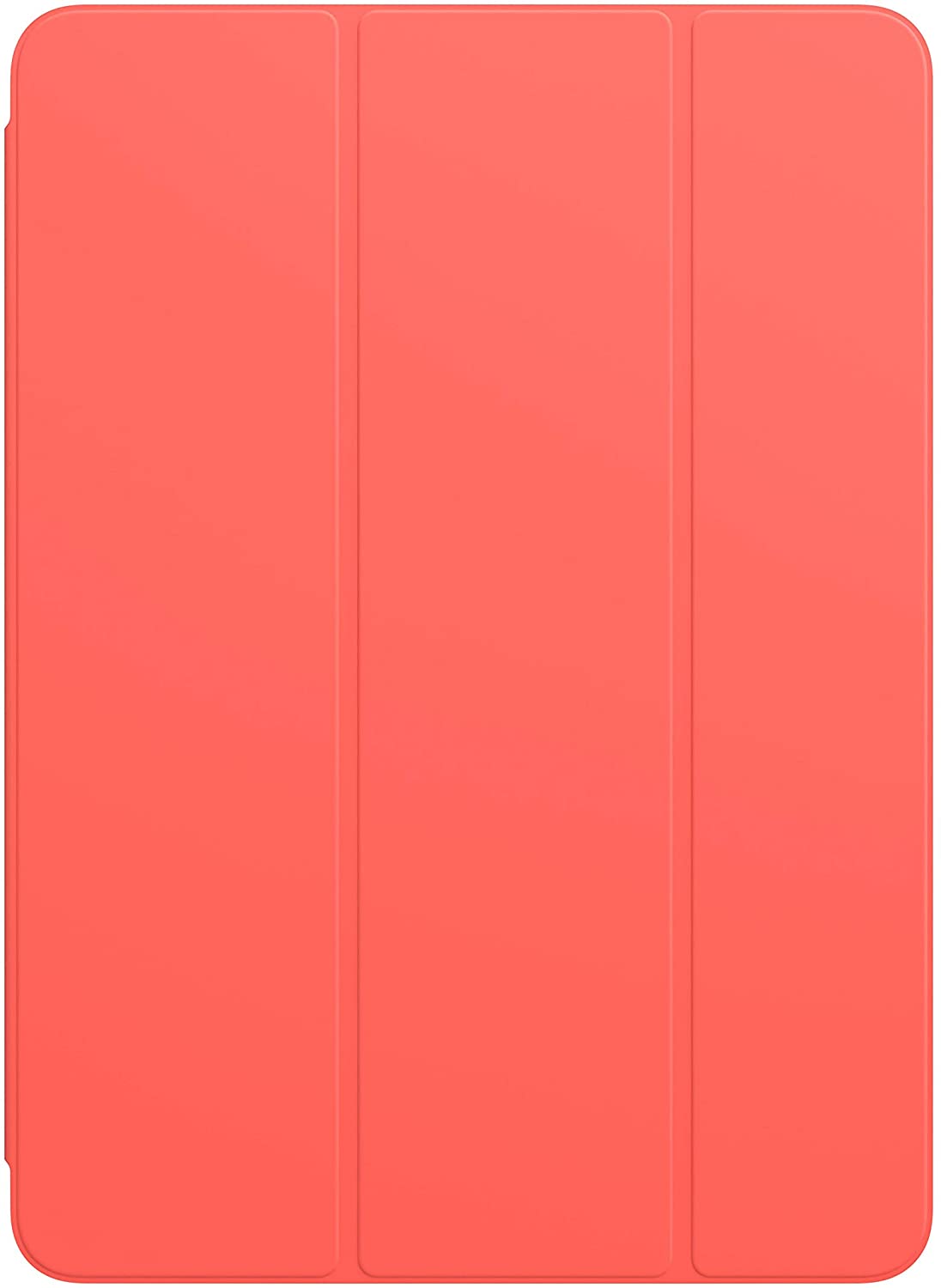 Apple’s Smart Folio case has been around for so long, it’s become a staple for the company’s tablet lineup at this point. It’s evolved a bit over the years, and now the case will protect both the back and the front of the new iPad Air. It still features an origami-like style, allowing for different angles while using the tablet.

The Smart Folio is made from a single piece of polyurethane, so it’s lightweight but still offers up plenty of protection for daily use. It will automatically put your iPad Air to sleep and wake it up when the case is closed or opened, respectively.

The Smart Folio’s design means users can fold it to set the iPad Air into different positions. You can prop it up to watch TV shows or films, create a stand for reading, using FaceTime, or typing. 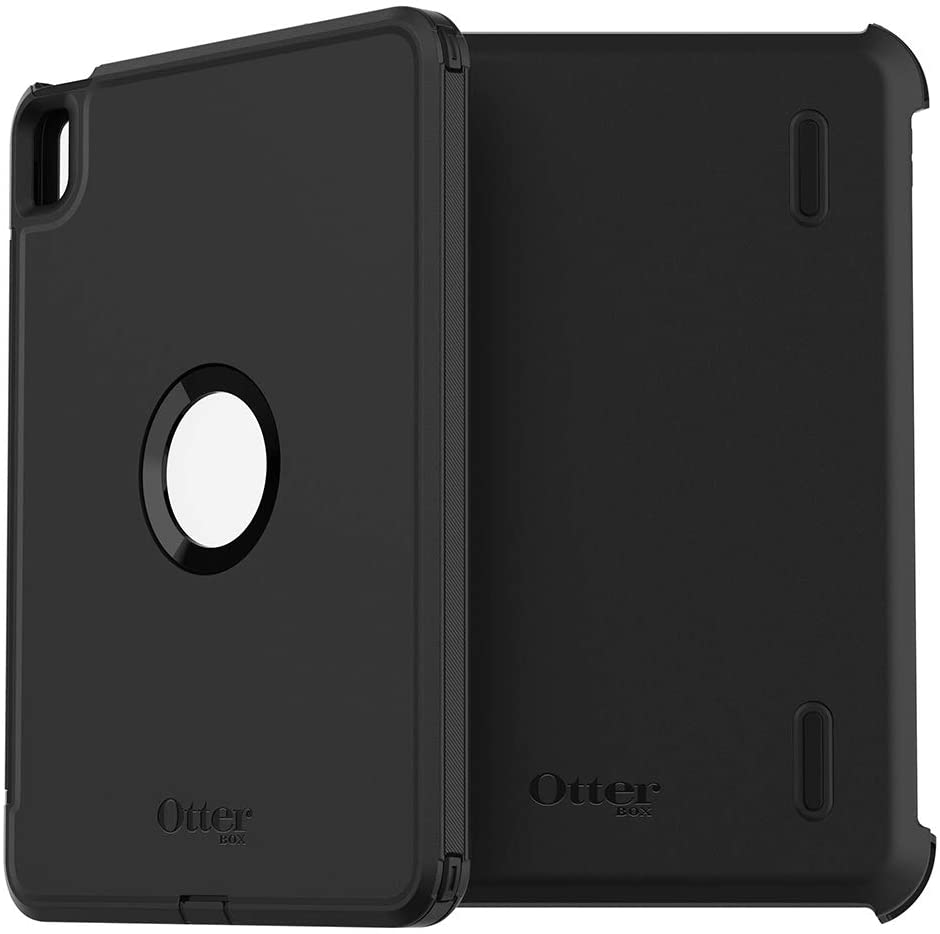 OtterBox has made a name for itself over the years for making some of the best cases to help protect devices. That’s certainly the case with the company’s DEFENDER Series, which is available for the new iPad Air. This is a robust case option, with a thick design, and full-body protection.

The DEFENDER Series offers a multi-layered setup. It has a built-in screen protector, a shield stand, an outer slipcover, and an inner shell. As a result, this is not a thin case, but it will offer plenty of protection from drops and other accidents. There are also port covers to block out dirt and other debris as well.

As mentioned above, the DEFENDER Series also offers a built-in stand, so you can prop up the tablet to watch content. It also makes it easy to type on the tablet as well.

The DEFENDER Series case for the new iPad Air is available now from Amazon in black. 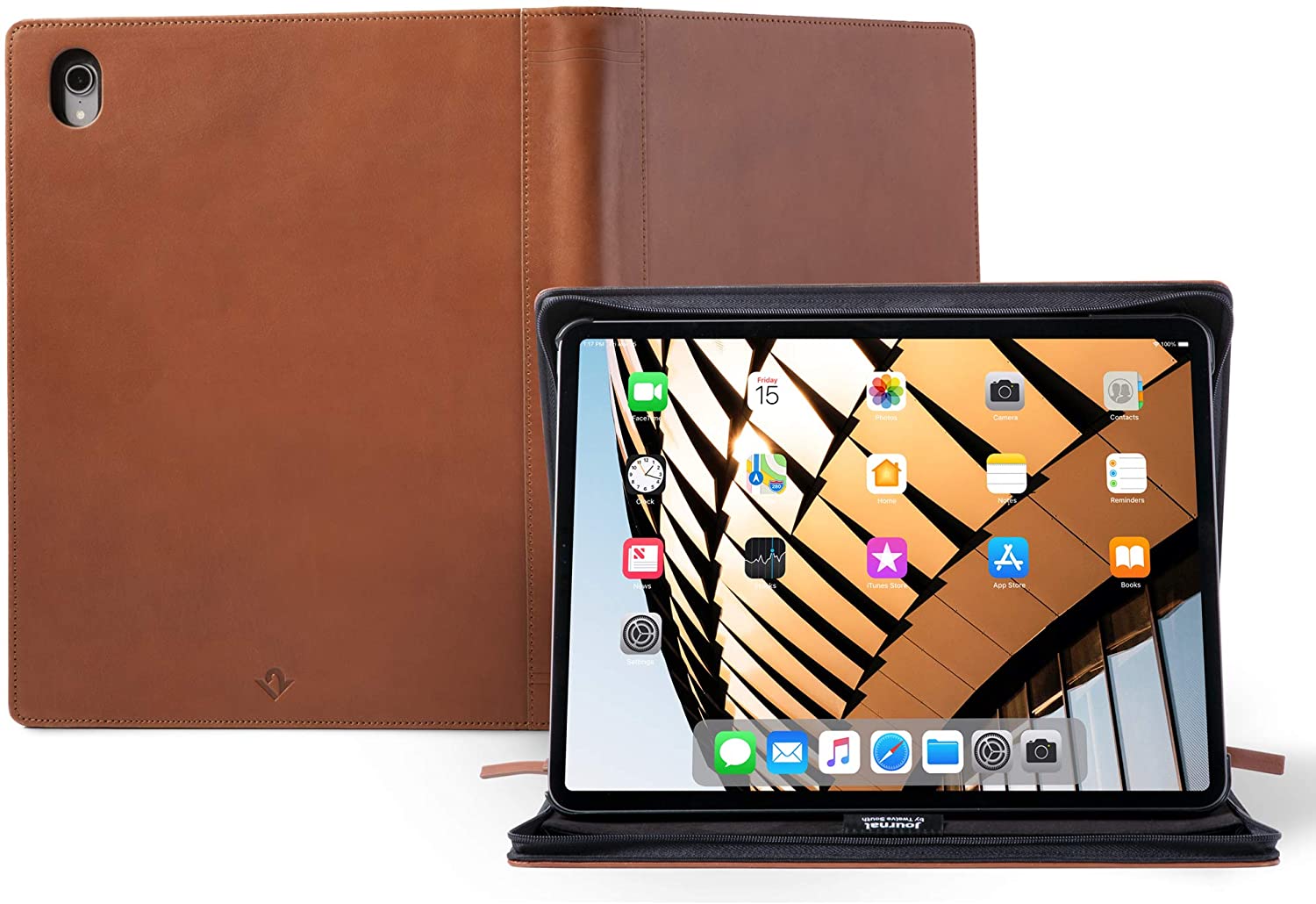 Another case that will offer full body protection for your new iPad Air, the Twelve South Journal offers a refined look at the same time. It’s made from real full-grain leather, with an eco-friendly vegetable tanning process, and a “buttery-soft feel”.

The Journal from Twelve South supports different viewing angles, too, thanks to the built-in stand design. It makes it easy to type on the tablet, as well as view content. There is a dedicated pocket inside, which can store documents or even a standalone keyboard (up to 10″ x 7″ x .25″).

There’s a dedicated space for the Apple Pencil, too, so you can charge it while the case is installed. It has a rigid spine and a hardback design, so it will help keep your iPad Air protected for daily use.

The Journal by Twelve South will fit the new iPad Air, even if it’s designed for the 11-inch iPad Pro. It’s available now from Amazon in brown. 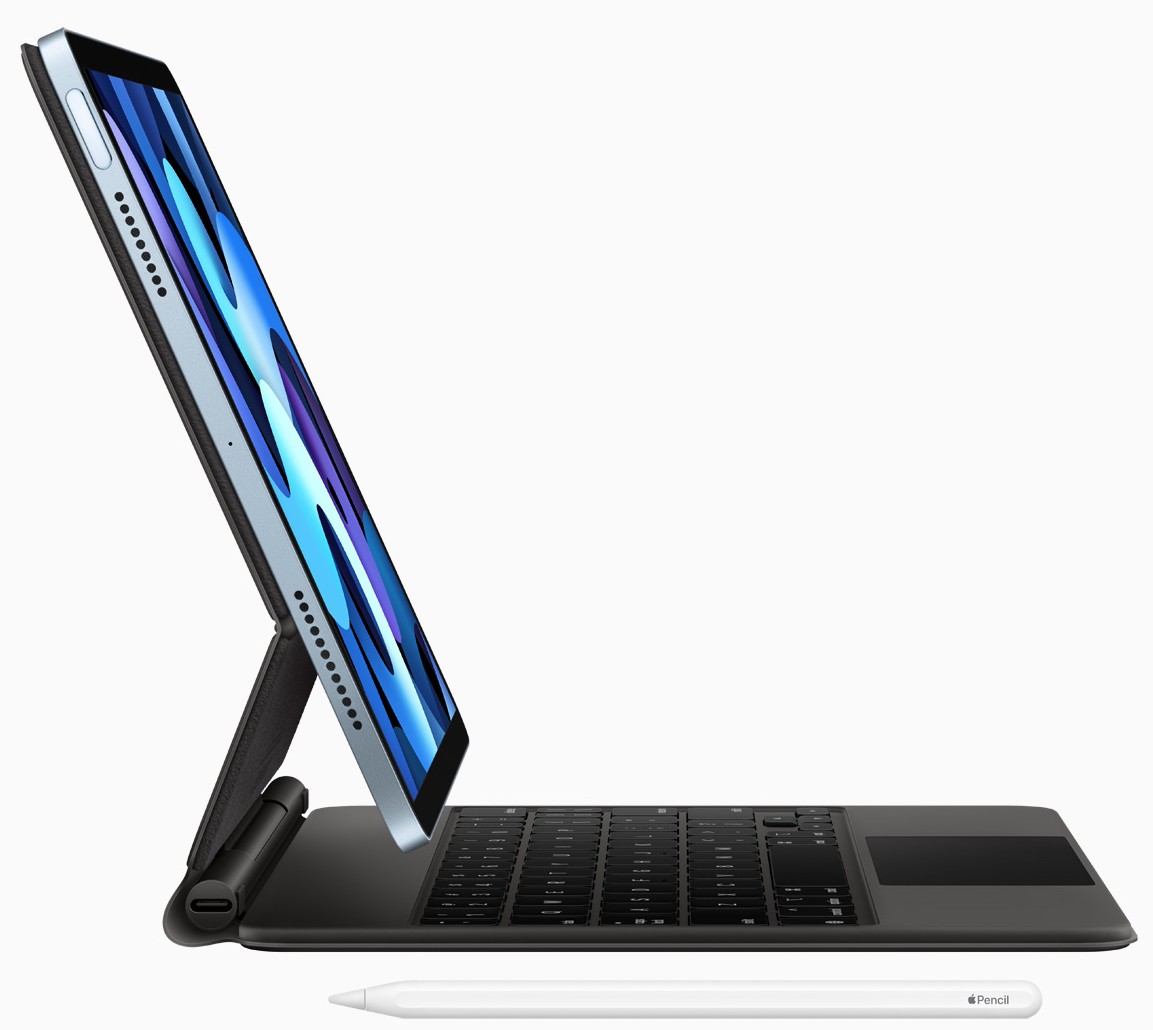 The Magic Keyboard is from Apple, and it’s designed to offer protection for the back of the new iPad Air when the case is opened, and protects the display when it’s closed. It also offers a full-size keyboard, with a number row, and a dedicated, built-in trackpad as well. It initially launched with the iPad Pro, but the new iPad Air will fit the Magic Keyboard as well.

The keyboard is backlit, and it’s thin and lightweight. There is a USB-C port on the keyboard’s hinge for passthrough charging, and makes it easy to connect accessories. And, of course, the Magic Keyboard features the cantilever design, where the iPad Air will “float” above the keyboard. It offers up a few different viewing angles as well.

The Magic Keyboard for the new iPad Air is available now from Amazon in black.

The Logitech Folio Touch Keyboard case offers full protection for the iPad Air. it will protect the back and sides of the tablet when it’s opened, and add additional coverage over the display when it’s closed. Similar to the Magic Keyboard, the Folio Touch offers a full-size keyboard and a built-in trackpad. However, unlike Apple’s offering, Logitech also adds a row of function keys above the dedicated row of number keys.

The backlit keys will automatically adjust their lighting based on your environment, and the case offers a built-in stand that offers various viewing angles while using the case. You can even move the keyboard out of the way when you want.

The Folio Touch offers support for the Smart Connector on the iPad Air, offering a direct connection to the tablet, so it doesn’t have to connect via Bluetooth. And the case itself is sturdy to help protect the tablet from small drops.

The Folio Touch Keyboard is available now in gray from Amazon.