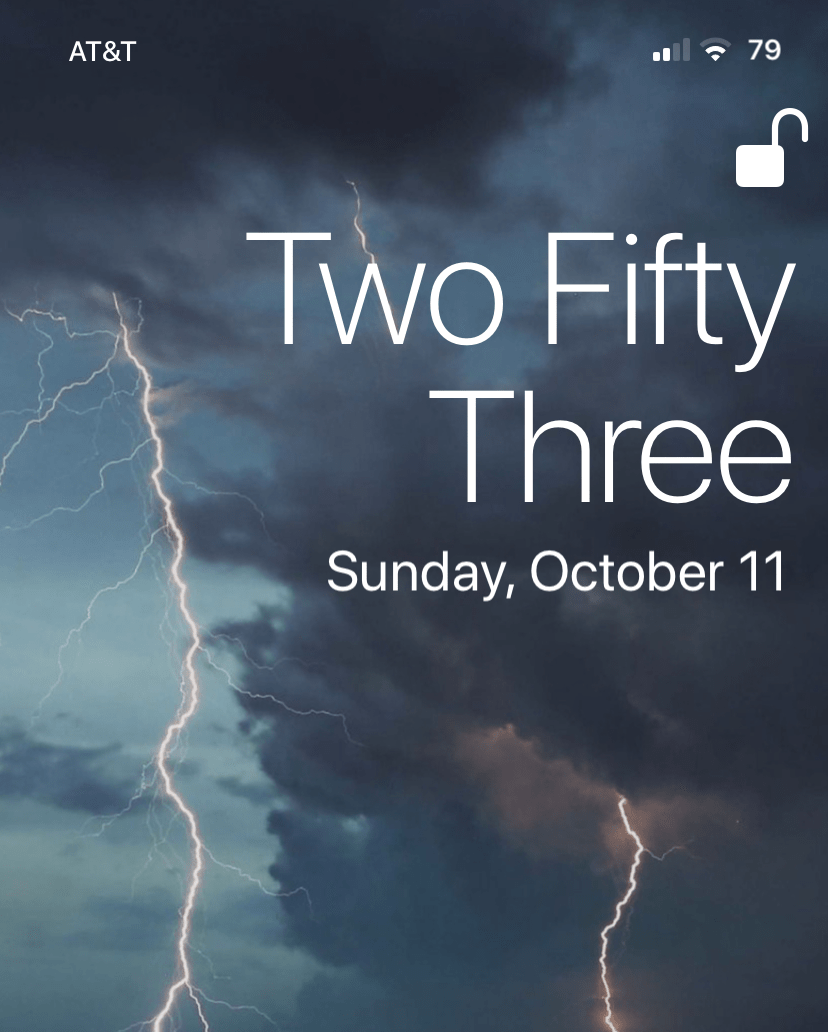 The iPhone’s Lock Screen was designed to show the current date and time at a glance, and it does a particularly good job of it right out of the box. The large numerical display that comes from the factory makes discerning the current time an effortless task. But let’s say you’re jailbroken and want something fancier…

TextTime is a newly released and free jailbreak tweak by iOS developer Lightmann that changes how the iPhone’s Lock Screen displays the current time. It does this by switching from a digital numeric readout to a word-based readout that quite literally spells the time out for you.

A screenshot example depicting what TextTime looks like appears above, but it’s worth noting that the tweak is highly configurable, so your aesthetics may vary. In this instance, the time “2:53” appears as “Two Fifty-Three.”

If the aforementioned concept looks or sounds familiar, then that’s because TextTime isn’t the first jailbreak tweak to produce a text-based time readout on the Lock Screen; it’s merely the latest attempt to get it right. It isn’t for everyone, but if you like a fancier Lock Screen, then we think it’s a step in the right direction toward that goal.

Once installed, TextTime adds a dedicated preference pane to the Settings app where users can configure a plethora of options to their liking:

The developer provides a handy Apply button at the bottom of the preference pane to help you save the changes you make.

Those looking to try TextTime won’t find it on any of the default repositories in their favorite package manager. Instead, the tweak is being hosted for free on Lightmann’s personal repository with support for jailbroken iOS 13 devices. Moreover, TextTime is open source on the developer’s GitHub page for those interested in learning more about how it works.

Do you think the Lock Screen looks better or worse with a text-based time display? Share your thoughts in the comments section below.