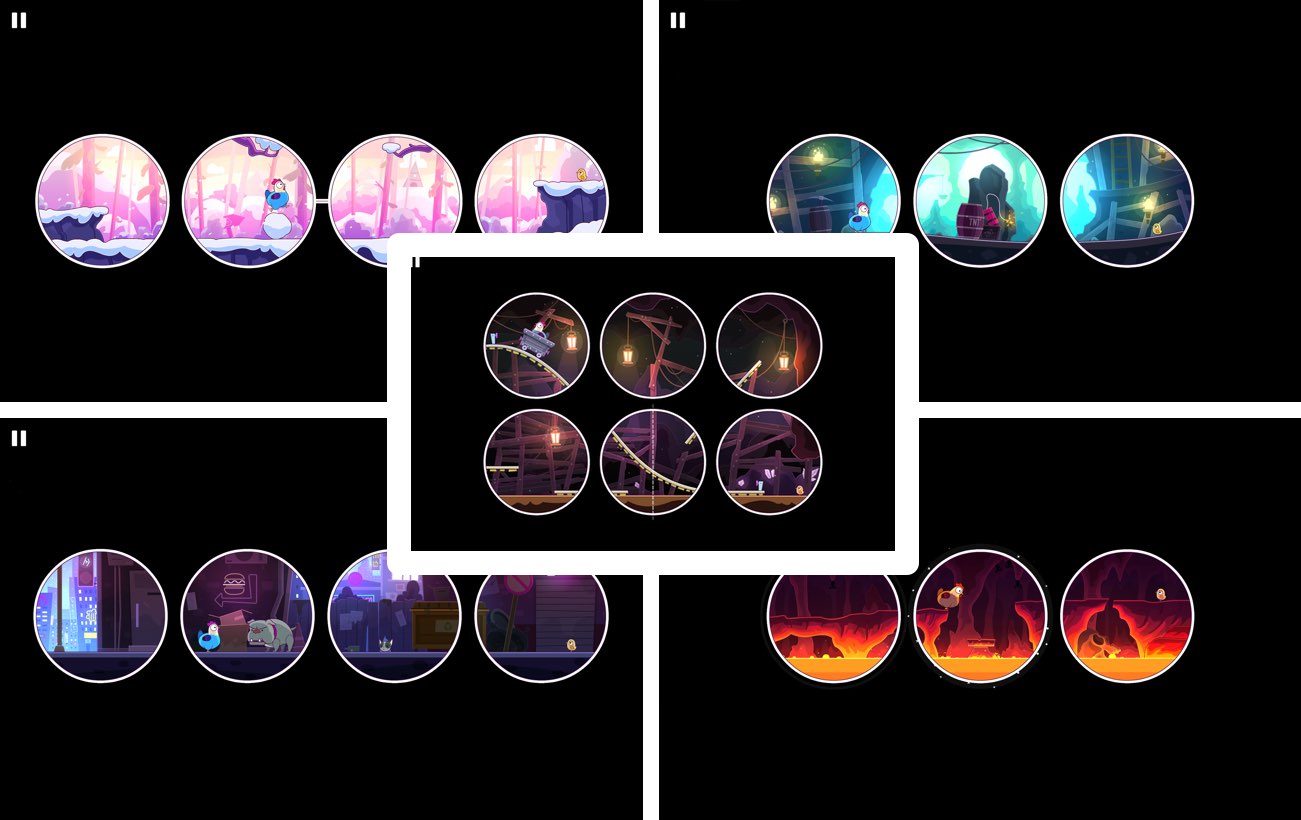 Apple Arcade will be picking up a trio of new titles soon: a hand-drawn adventure title, called “The Collage Atlas,“ is launching Friday. Then later in the year gaming fans will be able to play “All Of You,“ a family-friendly puzzle adventure with unique gameplay, along with “Wonderbox: The Adventure Maker,“ an action-adventure game set in gorgeous dioramas.

Published by Alike Studio which brought you “Love you To Bits“ and other innovative titles, this is a family-friendly puzzle adventure revolving around reuniting a clumsy mother hen in search of her lost chicks. As evidenced by the screenshot at the top of the post, “All of You“ features cartoonish characters, vibrant graphics, approachable design and looks like a lot of fun. Unique game mechanics let you play and pause time in every part of every single level in order to unveil the right path for the main character and control the game environment.

“All of You“ is launching soon on Apple Arcade.

A “Minecraft“-inspired action-adventure game set in gorgeous dioramas, “Wonderbox: The Adventure Maker“ is all about creating and exploring. You can make your own levels and share them with friends and family or play in campaign mode. According to developers, every time you open the game, a new road of trials is created to help increase longevity.

Here’s how they describe Creator mode:

Playing an adventure is cool, but what would it be like creating your own? You have all you need: Blocks, Characters, and Items. They come with premade behaviors and allow you to create an entire adventure using the same tools and content we use ourselves. See how blocks magically combine into stunning structures. Your finger is all you need to build environments, give life to characters, hide treasures, place enemies, and design combats. Take a chance! Publish your adventure, share it with friends and players around the world. Such creativity might even be featured in the Wonderbox gallery.

You can choose and customize your character, form a party with up to four other players to play any adventure together and so forth. The atmospheric soundtrack has been created by Eric Chevalier, the composer of “Rayman 2: The Great Escape.“

“Wonderbox: The Adventure Maker“ is coming soon to Apple Arcade.

Created by John William Evelyn, this one’s set in a dreamy world full of secrets to discover in which you’re tasked with, among other things, creating a variety of scenarios and worlds that can be shared. Whether you’d like to build settings like small rural villages to the more complex environments, like imposing castle towns and more, the only limit will be your imagination.

From the grass beneath your feet, to the butterflies dancing in the air, to the floating islands drifting overhead – every little detail has been lovingly-crafted with pen & ink on paper. The result is a world the likes of which you’ve never seen before…

Aside from hand-drawn levels, this game will also win you over with a dynamic soundtrack that responds to your play, featuring original vocals by Frankie Rose, along with an original illustrated book that was hand-drawn by the game’s creator himself, John William Evelyn.

“The Collage Atlas“ is launching on Apple Arcade this coming Friday, October 16.