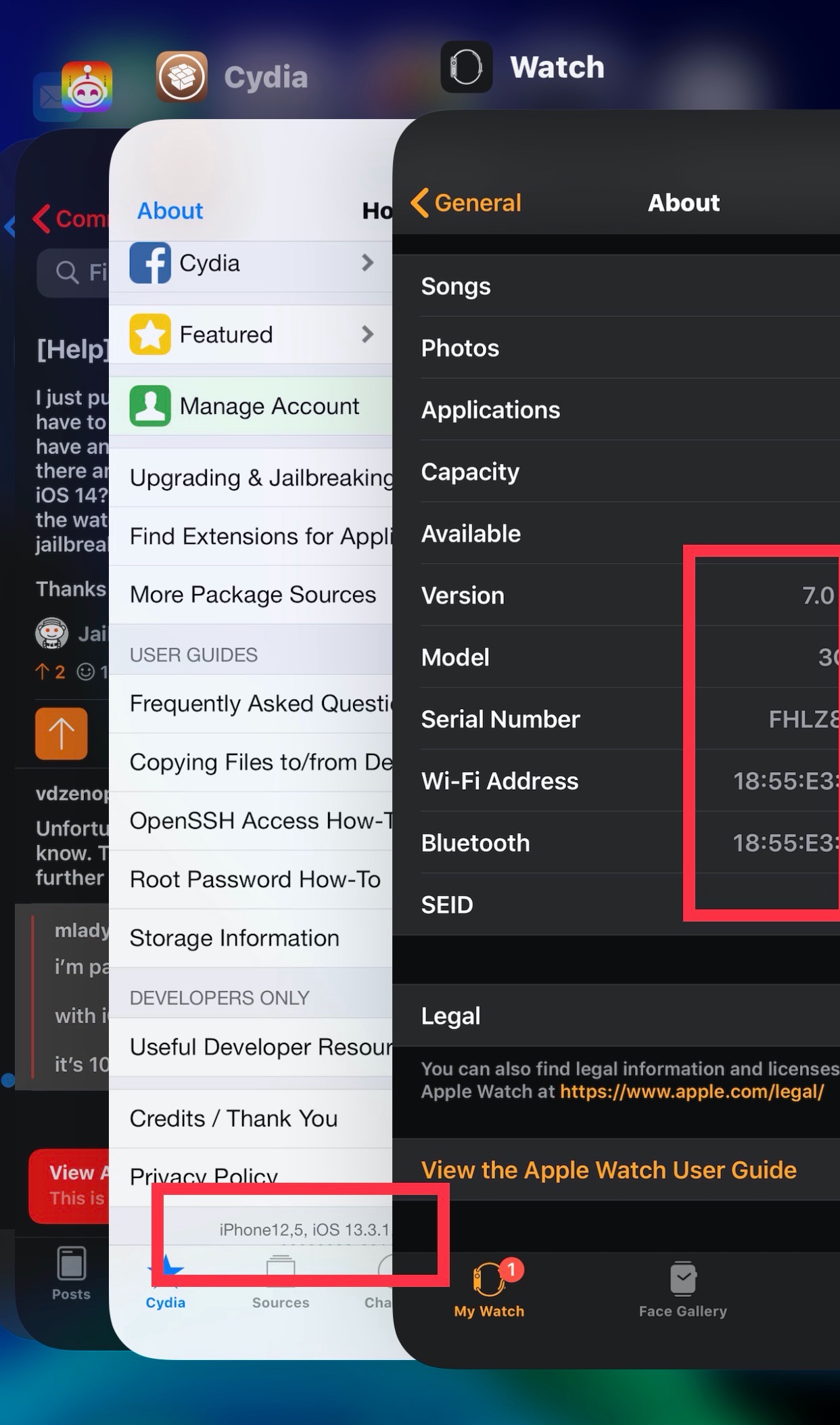 Jailbreakers are often the few prideful few who refuse to update their iPhone’s firmware for the sake of enjoying the plethora of benefits that a pwned device brings to the table. Unfortunately for jailbreakers who use Apple Watches, this means keeping their favorite wearable on a lower firmware too; but that may not be the case anymore.

Enter Legizmo, a new development that was created to allow jailbreakers to update their Apple Watch firmware without upgrading the firmware of their jailbroken iPhone. For example, someone with a jailbroken iOS 13 iPhone should now be able to install and use watchOS 7 without a hitch, something that Apple normally blocks via the Watch app until the iPhone gets updated first.

Legizmo, which first appeared on /r/jailbreak five months ago in a teaser post started by u/lunotech11, was launched as a public beta in a follow-up post shared Tuesday afternoon to the popular jailbreak-centric subreddit. Accessing the utility will necessitate that aspiring users subscribe to the developer’s Patreon for a fee of $6.50, and it will bundle access to a private Discord channel for help and support.

Please note that the $6.50 payment is currently not recurring, but the developer may change this in the future if a big enough update requires enough work.

While we haven’t tested Legizmo ourselves, some users are already replying to the thread with their personal experiences, which seem to be predominantly positive. The developer shared a few known issues with Legizmo in the release thread, which are worth noting before you consider using the utility yourself:

– Attempting to activate a cellular/mobile data plan on a 2020-model Watch (Series 6) from iOS 13.x fails with an alert stating that connection to the Watch was lost.
– Blood oxygen is not available on applicable devices as this requires activation from the Health app, which not supported on versions of iOS before 14. This is out of scope of Legizmo, however it is being investigated as a separate tweak.
– ECG data is sent over to the phone but is not shown in the Health app when using watchOS 7 with iOS 13 or older. This is due to the Health database being incompatible. This may not be easily fixable.
– The ‘native’ method is available to all jailbreaks. This method is only recommended for checkra1n compatible devices. Ensure you read the warnings in the app carefully if using this method on non-checkra1n devices.
– Photo synchronization does not work between 13.x and 7.x.
– Miscellaneous issues with Odyssey jailbreaks, the app reports success but doesn’t always actually work.

Obviously, there are some rather significant caveats in the above notes that should answer the bulk of the most frequent questions. For example, Blood Oxygen data isn’t supported, there may be problems with your cellular connection if you have a cellular Apple Watch, and that there are issues with the Odyssey jailbreak, and so on. For someone who is jailbroken on iOS 13, the aforementioned caveats may outweigh the benefits of upgrading to watchOS 7, but it’s still nice to see that the option is available. Personally, I’d recommend caution, as Apple marked the two operating systems are incompatible for a reason, but that’s just my opinion.

Legizmo won’t be required if you have a jailbroken installation of iOS 14 already, as all iOS 14 users can already upgrade their Apple Watch to watchOS 7 without any frustrating hurdles.

Given that Legizmo is a third-party tool with a lot of potential drawbacks, it should be stated that you use Legizmo at your own risk with no warranty expressed or implied. While the developer will try to offer support via the Discord channel, there’s no guarantee that all potential issues, including those mentioned above, can or will be fixed.

Do you plan to check out or try Legizmo for yourself? Let us know in the comments section below.