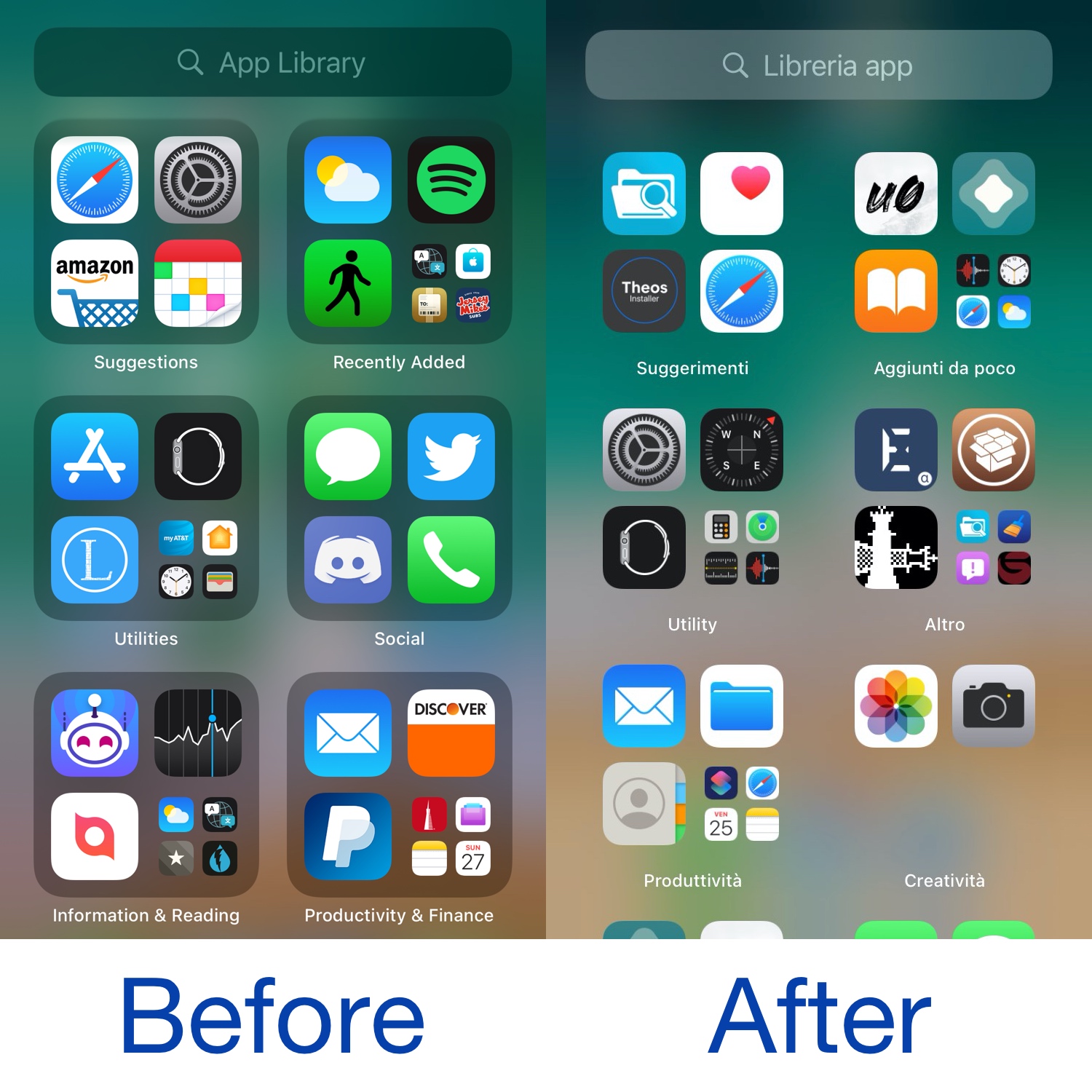 iOS and iPadOS 14 were only just recently released to the general public, and while a jailbreak is only currently available for a very small subset of iOS and iPadOS 14 devices via checkra1n at the time of this writing, we’re already beginning to witness the initial trickle of new jailbreak tweaks for the new mobile operating system.

The latest of such tweaks is a new free release dubbed SmoothAppLibrary by iOS developer CydiaGeek, and as depicted in the before and after screenshot examples above, it’s an aesthetic tweak that makes minor changes to the new App Library interface.

More specifically, SmoothAppLibrary removes the darkened folder-esque backgrounds that typically appear behind each individual app category in the App Library interface. Those who’ve used jailbreak tweaks to remove backgrounds from folder interfaces in earlier versions of iOS are the most likely to feel right at home with SmoothAppLibrary, as it evokes a similar look and feel.

The developer claims that SmoothAppLibrary makes the iOS 14 App Library look cleaner at a glance, but as we’re obliged to play the Devil’s advocate, we should mention that aesthetic decisions are always subjective and it’s totally understandable if you prefer how the interface looks out of the box.

SmoothAppLibrary doesn’t come with any options to configure, and honestly, that’s to be expected from a tweak this simple. If you decide you don’t like it after installing it, there won’t be a toggle switch to disable it – instead, you’ll need to uninstall the tweak via a package manager like Cydia or Sileo.

If you’re interested in trying SmoothAppLibrary, then you can download it for free from the BigBoss repository. The tweak supports jailbroken iOS 14 devices only, as it depends on the new App Library interface.

Do you prefer how the App Library interface looks with or without the background effects? Share your thoughts in the comments section below.