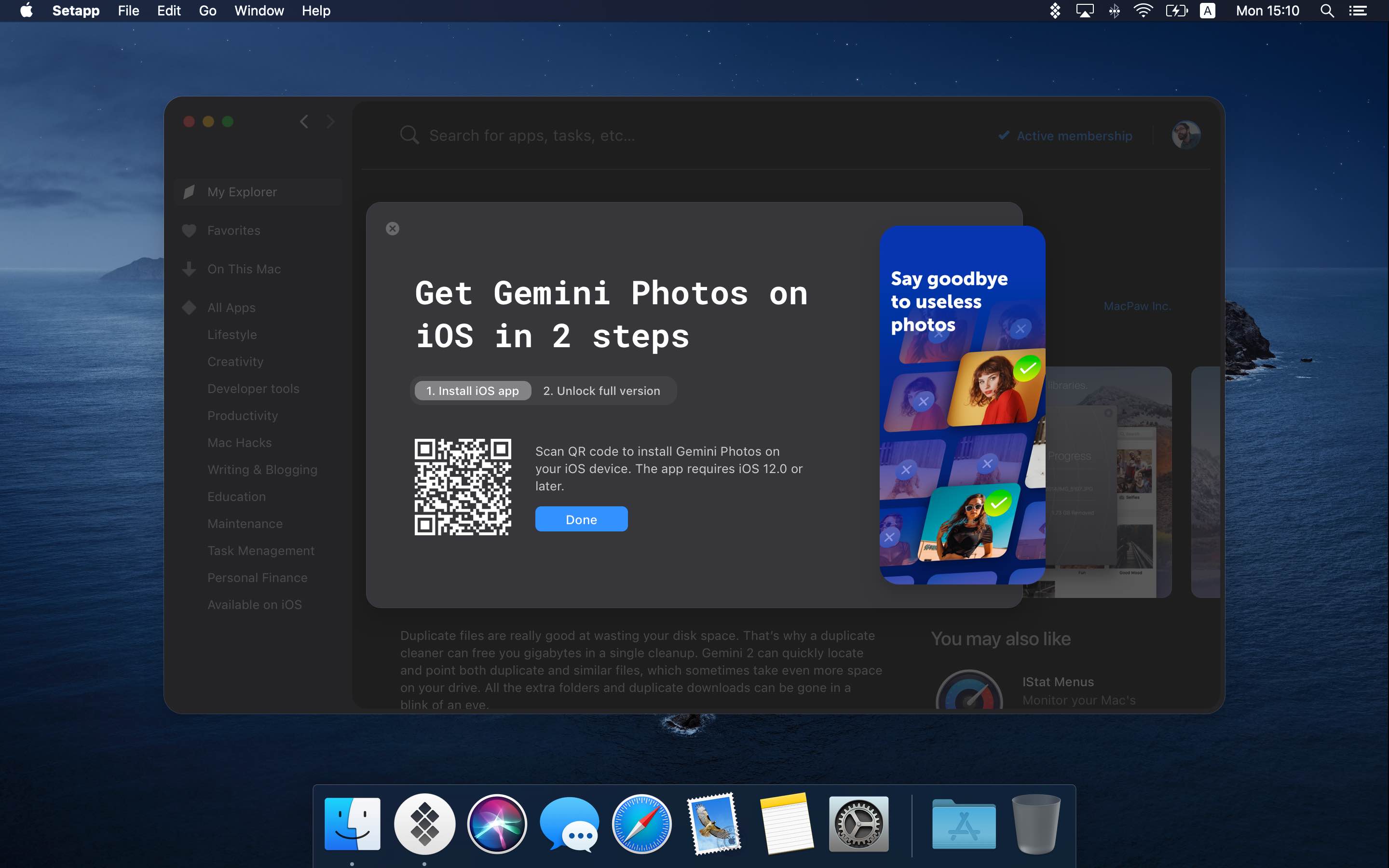 To clear up any confusion, Setapp now lets you install and activate mobile versions of some Mac apps available on the service on an iPhone or iPad, right from Setapp for Mac. Premium iOS apps available at launch include Ulysses, Paste, Gemini Photos, Taskheat, SQLPro Studio, Mind Node and PDF Search. MacPaw promised to add new ones on a regular basis.

To get started, simply launch Setapp on your Mac and find the app you’d like to download using search. Then, click either the Install button to download the Mac version or hit the new iOS App button if you’d instead like to grab the iPhone and iPad edition of the selected app.

When installing an iOS app, Setapp will put up a QR code. You must scan the code using the Camera app on your iOS device (be sure that Scan QR Codes is enabled in Settings → Camera). Once the code is deciphered, a notification banner appears at the top of the screen.

Here’s a video of the whole process.

Tapping the banner takes you to the App Store where you can download the app like you normally would. You’ll then need to scan another QR code provided in Setapp for Mac which enables you to access the app’s full version. Right after you successfully activate the app on your iOS device, you’ll see a notification from Setapp on your Mac.

You can also click the option “Available on iOS” in the Setapp sidebar to browse all Mac apps included in the subscription that have iOS counterparts.

Netflix for Mac, and now iOS apps too

All apps included in the Setapp subscription must pass a stringent review process.

The Setapp team examines things such as user experience, security, overall functionality, respect for user data and privacy, appropriate use of notifications and reputation. iOS apps, of course, are reviewed by Apple before they’re pushed live to the App Store.

The addition of iOS apps to Setapp means that the service now offers a curated collection of more than 190 iOS and macOS apps from independent developers for a single monthly fee. Best of all, trial users can also download and use iOS apps. 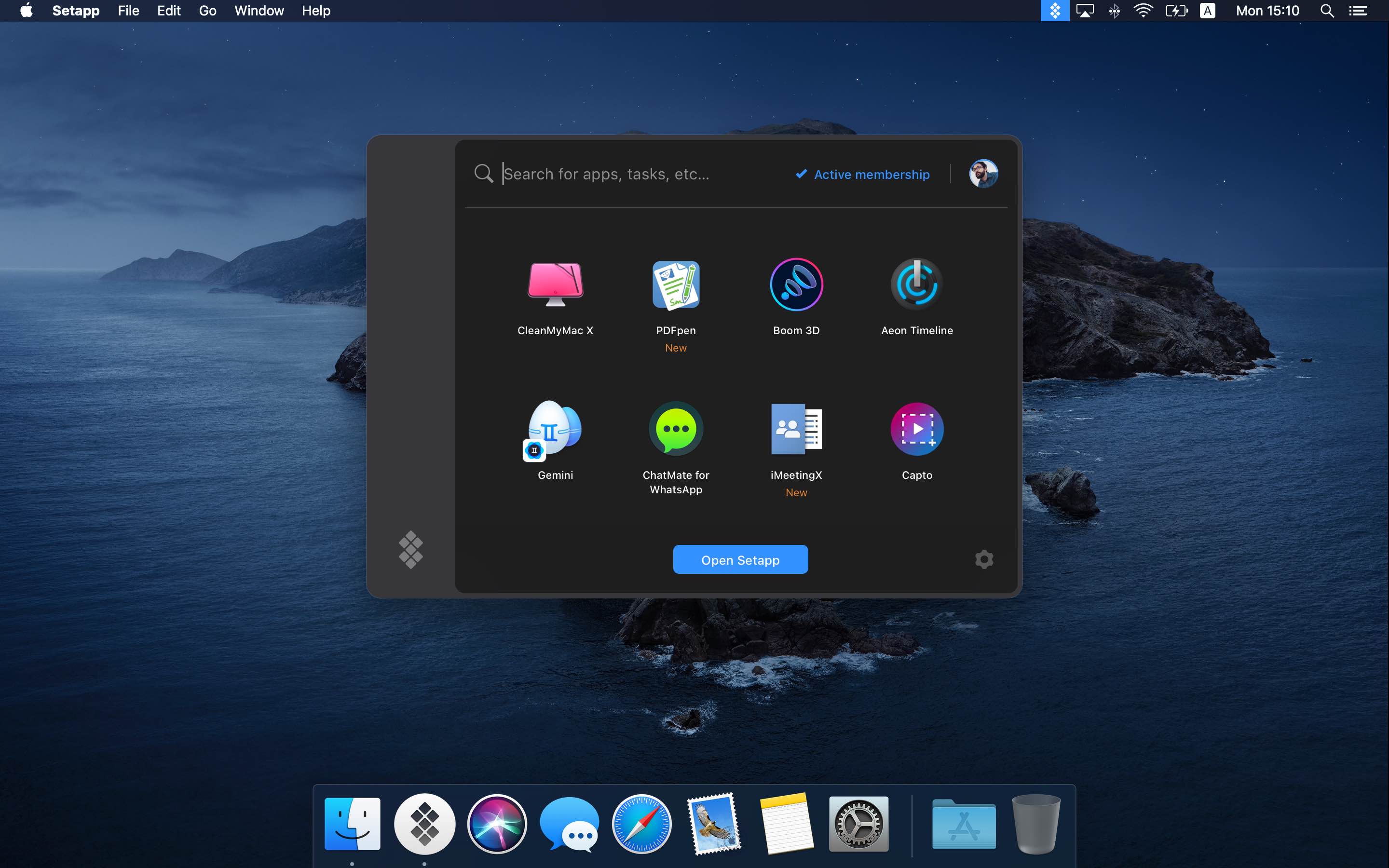 Similarly, updates remain free and. For those wondering, all of the apps that are included in your Setapp subscription are full-featured pro versions, no ads and complications. Developers are paid a percentage of the subscription revenue based on app usage within the service.

Summing up, for a single subscription price of ten bucks per month you can enjoy unlimited access to a curated selection of great Mac apps, and now premium iPhone and iPad apps, too.

Discounts are available for annual, student and family plans. All new regular and student Setapp users get one device included in their plan. Additional devices can be added to any Setapp subscription plan for an additional five bucks per month.