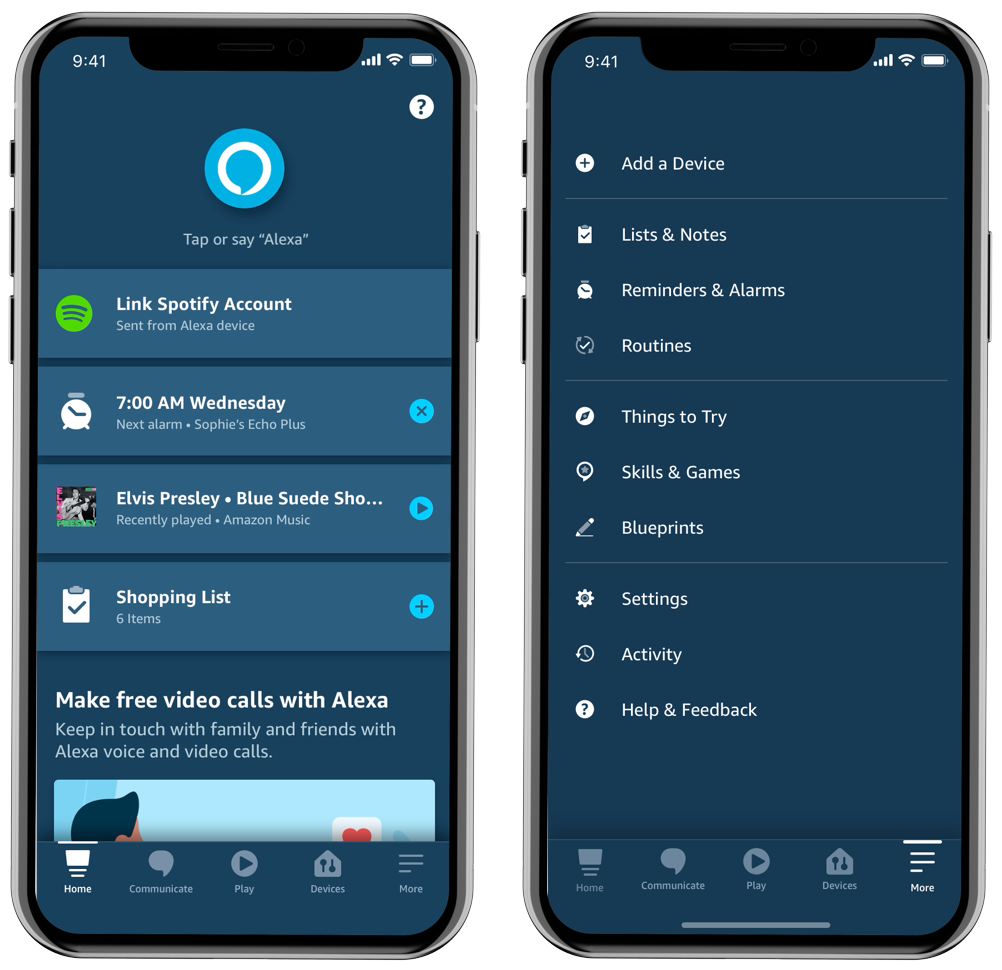 Amazon has overhauled its mobile Alexa app for iPhone and iPad around first-party features.

Instead of weather forecasts and third-party apps, the redesigned mobile software is now centered around more personalization and first-party features that people actually use.

According to TechCrunch, third-party “skills” (in Amazon talk, Alexa “skills” are basically third-party apps for the device) have been relegated to a sub-menu in order to focus on the first-party features that people actually use.

The redesign offers an updated home screen, with a big Alexa button now at the top informing users they can either tap or say ‘Alexa’ to get started. This is followed by a list of personalized suggestions based on what consumers’ usage of the app indicates is important to them — whether that’s reminders, a recently played item like their music or an Audible book, access to their shopping list and so on.

Other features like Reminders, Routines, Skills and Settings are now tucked away under the More button as well. As mentioned, the app’s redesigned home screen now gives you tips on things such as how and when to use the digital assistant, what do to on mobile, setting alarms, managing Alexa Shopping List, playing songs with Amazon Music and more.

Users may also see controls for features that are frequently accessed or currently active, like the volume level for their Echo devices, so they can pick up where they left off, Amazon says. It’s worth noting that these Echo devices could include Echo Buds, Amazon’s Alexa-powered wireless earbuds, which could be key to its plans of enabling Alexa’s newly announced capabilities for controlling mobile apps.

The redesign is rolling out on a staggered basis so check back later if you don’t see the refreshed look just yet. The update should gradually reach iOS, Android and Fire OS devices.

By late August, all users should have the new experience.