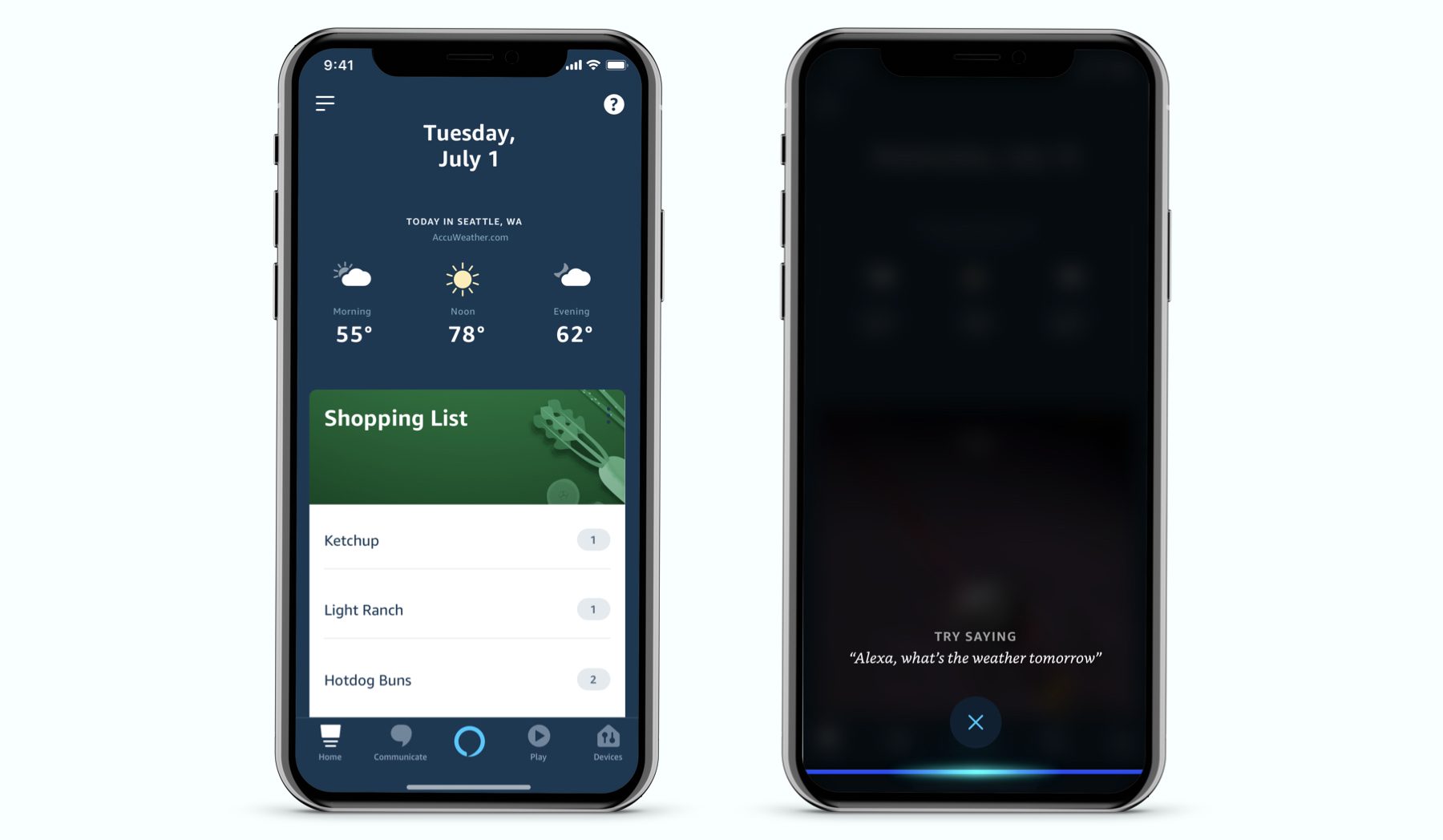 Amazon is allowing users of its Alexa mobile app to use the smart assistant without having to touch the Alexa button at the bottom control bar for voice control. However, the online retail giant calling this feature “hands-free” voice activation is stretching it a bit.

So instead of having to hit that blue Alexa button at the bottom of the app like before, you can now utter the wake-word “Alexa” before issuing a voice command, no tapping required.

If the new option is already live in your copy of the Alexa mobile app, you should be offered to turn it on the next time you launch the software. So-called “hands-free” voice activation can be disabled at will through a dedicated toggle in the Alexa settings.

The feature is being introduced to iOS and Android users globally. They’re rolling it out over the next several days so check back later if you are unable to use Alexa “hands-free” just yet.

TechCrunch reported today that Amazon is making it possible to invoke the Alexa smart assistant from within the Alexa mobile app for iOS “hands-free”. I’m having a problem with the hands-free part because you cannot invoke Alexa through Siri while the Alexa app isn’t running, which is my definition of true hands-free voice activation.

Until Apple permits third-party voice assistant to be as deeply integrated into the bowels of the mobile operating system as its own Siri feature, users won’t be able to interact with Alexa on their Lock screen or while in another app the way they can with Siri.

Amazon notes the feature will only work when the phone is unlocked and the Alexa app is open on the screen. It won’t be able able to launch Alexa from a locked phone or when the app is closed and off the screen, running in the background.

This doesn’t quite mesh with how Alexa works on most other devices, like Echo speakers.

That being said, there’s a band-aid solution of sorts that involves — Siri.

Like with any other app that’s installed on your iPhone or iPad, you can ask Apple’s assistant to open Alexa for you, then you can interact with Alexa hands-free within the Alexa mobile app.

Alexa for iOS is a free download from the App Store.

Do you use Alexa?

I think Amazon Alexa still leads in terms of speed and voice recognition, but Apple’s Siri has been making some great strides in that respect in the past year or so. Google Assistant, in my personal opinion, is the smartest digital assistant out there.

But I don’t use Alexa, Google Assistant or any of the other digital assistant out there because they cannot integrate the way Siri can, and that defats the purpose of being able to invoke my assistant from anywhere in iOS.