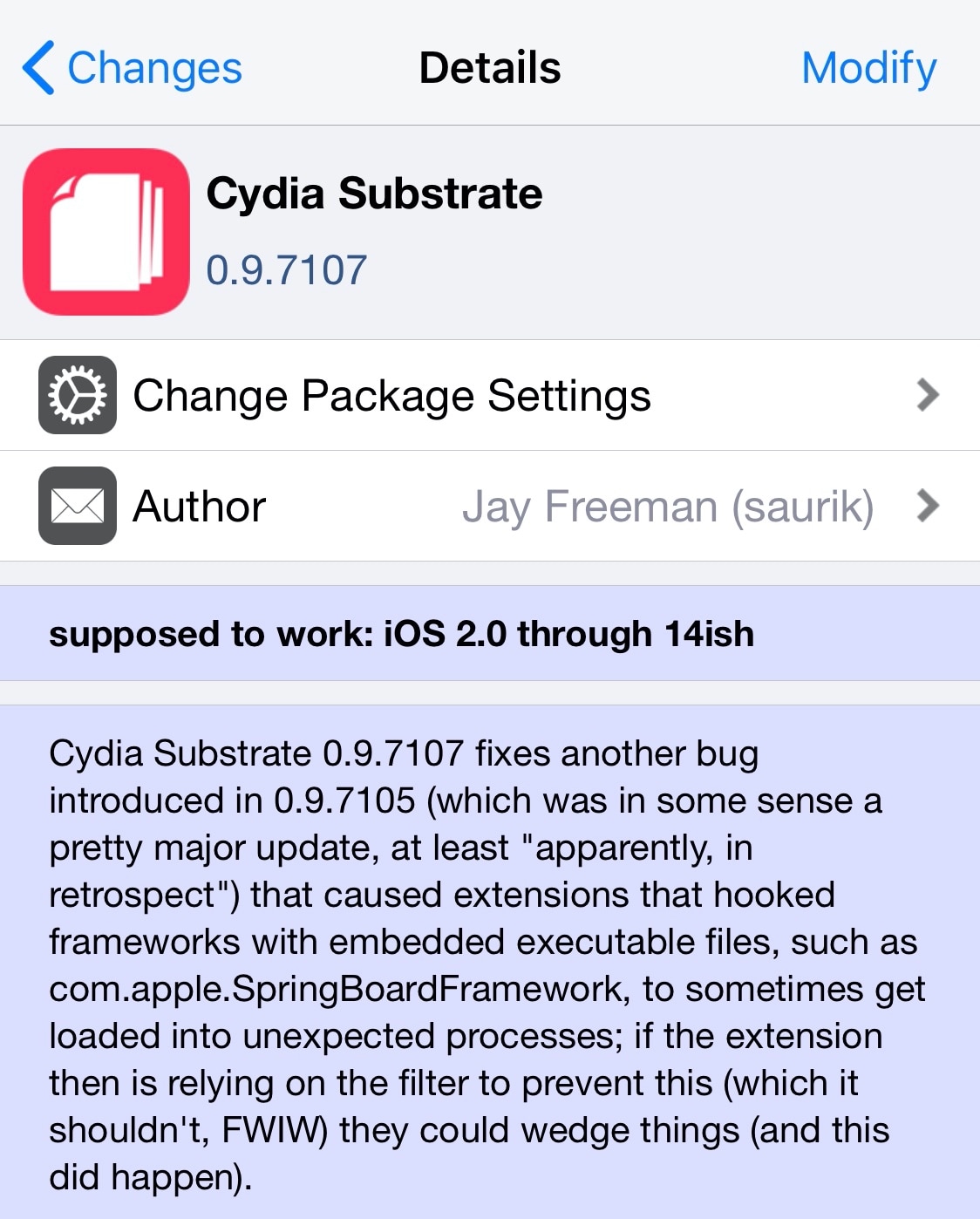 Saurik has been particularly busy lately in the Cydia Substrate department. Cydia Substrate received yet another unforeseen update late last night that officially brought the package up to version 0.9.7107.

According to the release notes published on the package’s depiction page, this is what the new Cydia Substrate v0.9.7107 brings to the table for its users:

Cydia Substrate 0.9.7107 fixes another bug introduced in 0.9.7105 (which was in some sense a pretty major update, at least “apparently, in retrospect”) that caused extensions that hooked frameworks with embedded executable files, such as com.apple.SpringBoardFramework, to sometimes get loaded into unexpected processes; if the extension then is relying on the filter to prevent this (which it shouldn’t, FWIW) they could wedge things (and this did happen).

From what we can gather, this update fixes a bug introduced in the v0.9.7.105 update that launched earlier in the week to bring jailbreakers serious memory management enhancements and preliminary iOS 14 support. More specifically, it prevents extensions from hooking into unexpected processes with embedded executable files, which should result in longer term stability.

Have you installed the latest version of Cydia Substrate yet? Let us know how it’s working for you in the comments section below.