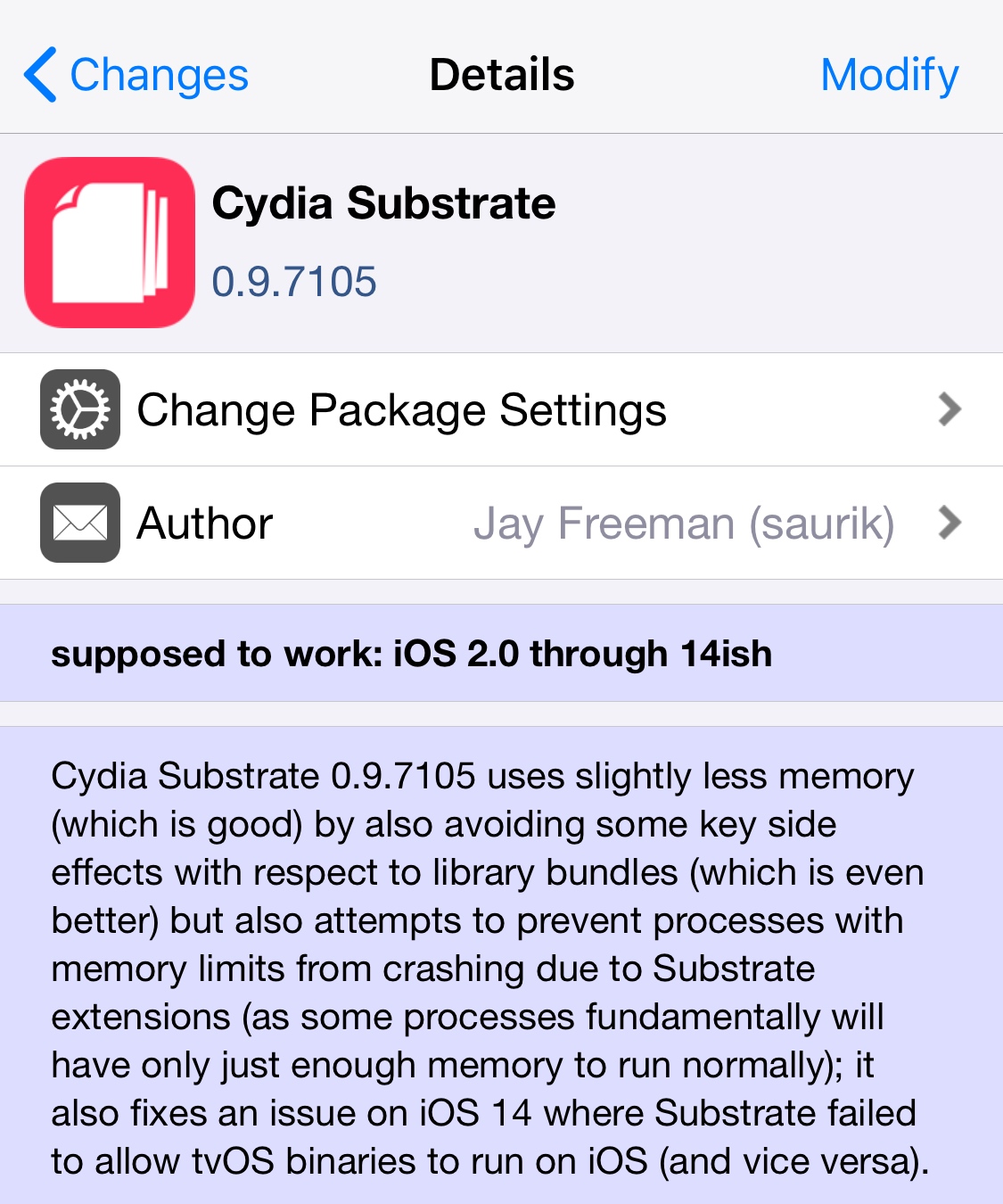 Cydia Substrate, a method of tweak injection that can be used on both the checkra1n and unc0ver jailbreaks, was updated Monday evening to the shiny new version 0.9.7105.

Citing the change log for this particular release, Cydia Substrate v0.9.7105 should be easier on system memory and be less prone to crashing due to a new memory limit threshold system. The full change log from Saurik is quoted below:

Cydia Substrate 0.9.7105 uses slightly less memory (which is good) by also avoiding some key side effects with respect to library bundles (which is even better) but also attempts to prevent processes with memory limits from crashing due to Substrate extensions (as some processes fundamentally will have only just enough memory to run normally); it also fixes an issue on iOS 14 where Substrate failed to allow tvOS binaries to run on iOS (and vice versa).

Aside from being more respectful of system memory and memory limits, it seems that this release of Cydia Substrate also bakes in some improved support for Apple’s upcoming iOS 14 operating system. For those who expect to jailbreak iOS 14 when it launches this Fall, this is particularly good news, especially if you use the checkra1n tool.

It’s worth noting that some unc0ver users may rely on Substitute instead of Cydia Substrate for tweak injection.

The above sentiment depends specifically on the type of device you’re using – namely handsets sporting the A12(X) or newer hardware as Cydia Substrate was never updated to support them because of hardware and software challenges. If you identify with this category or use an alternative jailbreak by the Electra Team that supports Substitute or libhooker for tweak injection instead of Cydia Substrate, then this news doesn’t apply to you.

If your jailbreak does support Cydia Substrate, then you will find this update in Sam Bingner’s repository upon refreshing your sources. The update is recommended for all users.

Have you installed the latest version of Cydia Substrate on your jailbroken device yet? Let us know how it went for you in the comments section below.