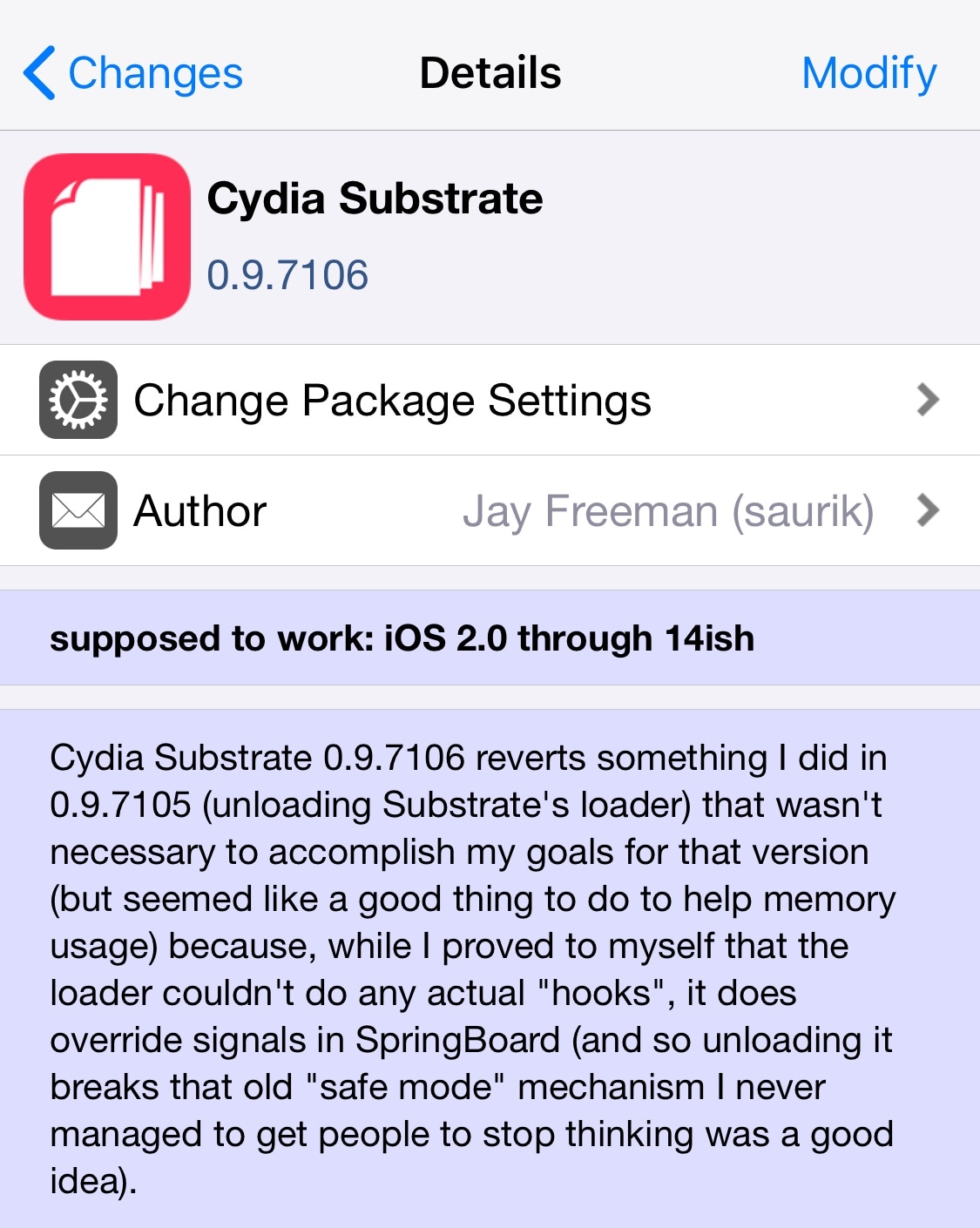 Not even 24 hours after launching a memory-conscious update for Cydia Substrate, Saurik pushed yet another update on Tuesday, officially bringing the package up to version 0.9.7106.

Citing the official description for this release, Cydia Substrate v0.9.7106 isn’t a particularly large update, but encompasses the following changes:

Cydia Substrate 0.9.7106 reverts something I did in 0.9.7105 (unloading Substrate’s loader) that wasn’t necessary to accomplish my goals for that version (but seemed like a good thing to do to help memory usage) because, while I proved to myself that the loader couldn’t do any actual “hooks”, it does override signals in SpringBoard (and so unloading it breaks that old “safe mode” mechanism I never managed to get people to stop thinking was a good idea).

As it would seem, Saurik simply decided to roll back one of the changes introduced in the previous Cydia Substrate update since it didn’t necessarily support his goal of reducing memory usage.

If you’re using another jailbreak tool, such as those provided by the Electra Team, then this post doesn’t apply to you. It also won’t apply to you if you prefer using Substitute over Cydia Substrate on the unc0ver jailbreak. To each their own.

While some of the latest updates to Cydia Substrate improve performance and handling, it’s worth noting that they also incorporate preliminary support for Apple’s upcoming iOS 14 operating system. iOS 14 has yet to be released, but if you have a checkra1n-compatible device, it shouldn’t take too long after Apple’s release for the checkra1n team to add official support.

Have you updated to the latest version of Cydia Substrate yet? Let us know in the comments section below.