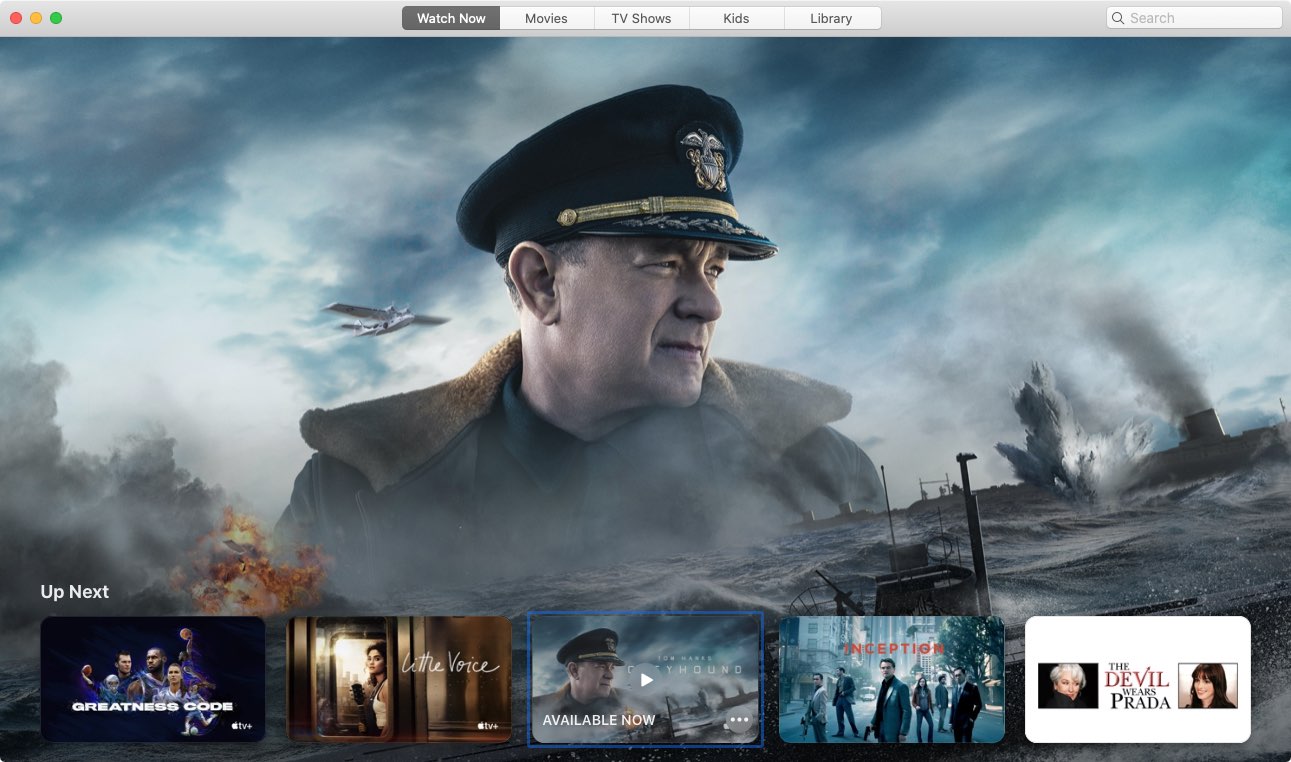 Apple TV+ typically updates its programming on Friday and this week is no exception. If you’re looking to watch something new this weekend, the company’s original video streaming service now hosts two new shows whilst adding a major Hollywood movie to its roster — “Greyhound,” a much-awaited WWII epic written and starred by Tom Hanks.

“Greyhound” and the Battle of Atlantic

In “Greyhound”, famous actor Tom Hanks plays captain Ernest Krause who leads an international convoy of 37 ships on a treacherous mission across the Atlantic during World War II in 1942 to deliver thousands of soldiers and supplies to Allied forces.

Here’s the official trailer for “Greyhound”, which is inspired by real events.

Stephen Graham, Rob Morgan and Elisabeth Shue star alongside Hanks. This Apple original film was directed by Aaron Schneider and produced by Gary Goetzman. CNBC says Apple paid Sony about $70 million for 15 years of streaming rights to the project.

Not convinced yet? If so, then be sure to watch an inside-look video embedded further below in which Tom Hanks discusses the Battle of Atlantic and staying alive in 1942.

As we said before, “Little Voice” is a coming-of-age drama starring Brittany O’Grady as Bess King. The series is all about the diverse musicality of New York. King is billed as a “uniquely talented performer struggling to fulfill her dreams” as she navigates “rejection, love and complicated family issues”.

Watch the trailer for “Little Voice” below.

“Greatness Code” is a new unscripted sports docuseries series directed by Gotham Chopra and co-produced by Uninterrupted and Religion of Sports that spotlights untold stories from the greatest athletes in the world.

Some of the featured athletes include Tom Brady, Alex Morgan, LeBron James, Usain Bolt, Shaun White, Kelly Slater and Katie Ledecky. Here’s a peculiar detail: this is a very short-form series that unfolds with seven mini-episodes, running below ten minutes each.

What will you watch this weekend?

The above shows give you nearly four hours of new Apple TV+ content to enjoy this weekend. Which new show has piqued your interest? And will you be watching “Greyhound”?

I’ve been looking forward to this Tom Hanks movie so that’s what I’ll be watching tonight. I’m already all set with popcorn, drinks and everything.