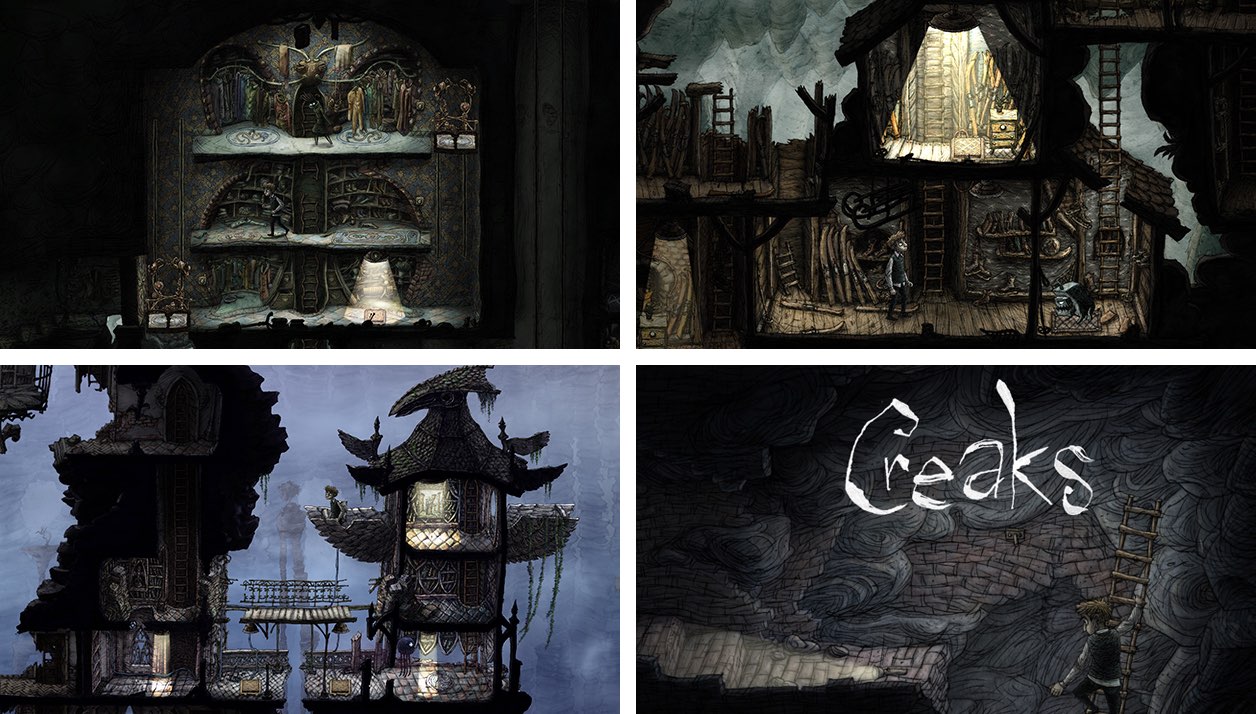 Apple Arcade on Friday picked up a new title, a creepy adventure puzzler called “Creaks” by Czech developer Amanita Design, whom you may remember as the brains behind such indie classics as “Machinarium”, “Samorost” and “Botanicula”.

In “Creeks”, a 2.3-gigabyte download, you must put your grey matter to work by figuring out the solutions to dozens of challenging puzzles, as well as explore the mansion to uncover various hidden paintings and the great secret. The game features hand-painted visuals, precise animation, eerie sounds and an eclectic original score from Hidden Orchestra.

The ground starts shaking, light bulbs are breaking—and something rather unusual is happening right behind the walls of your very room. Equipped with nothing but wit and courage, you slowly descend into a world inhabited by avian folk and seemingly deadly furniture monsters.

“Creeks” supports MFi game controllers, including Sony and PlayStation ones. The game will be coming to Windows, Mac, PlayStation 4, Xbox One and Nintendo Switch later this month.

“Creeks” is available across iOS, macOS and tvOS exclusively on Apple Arcade