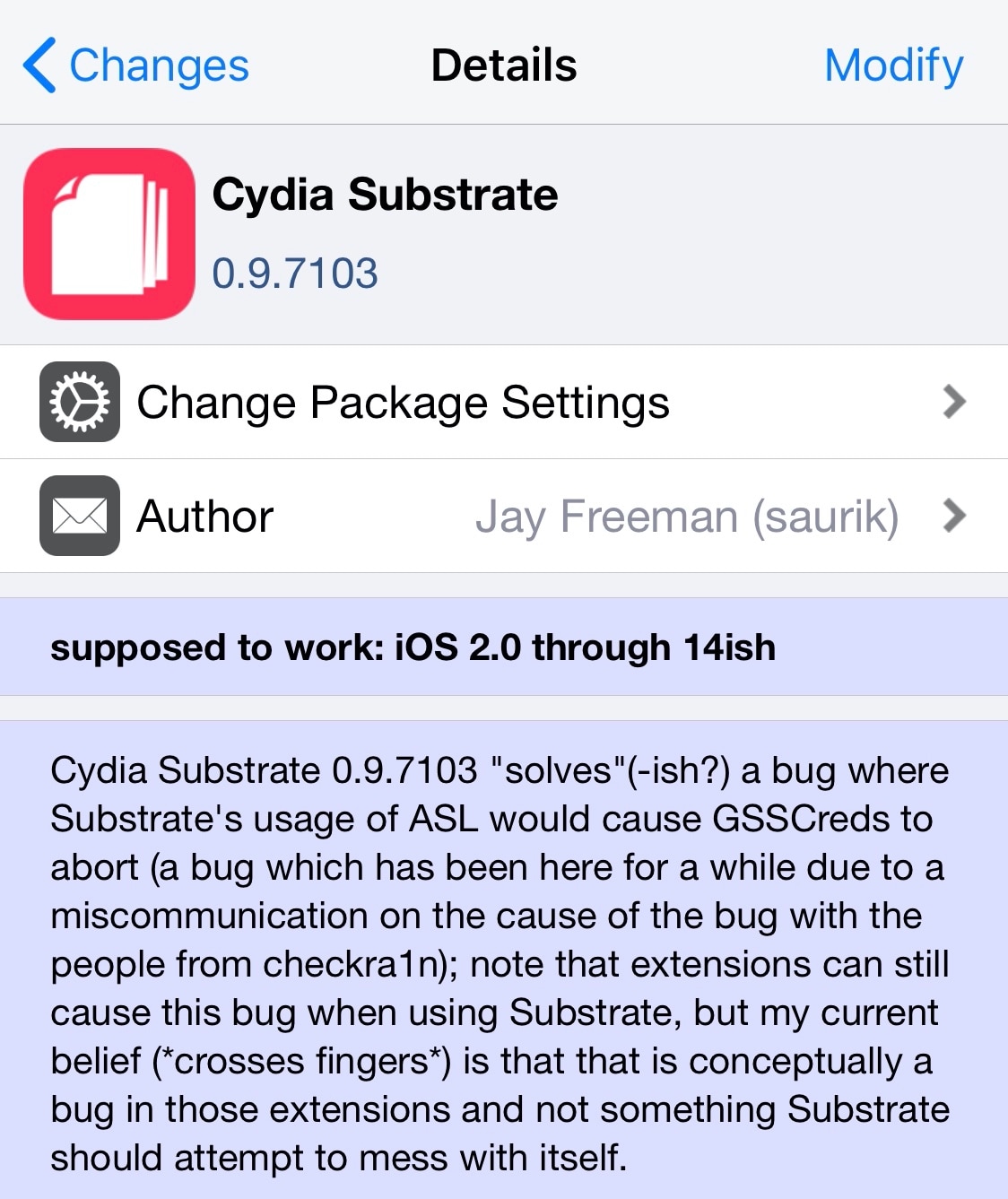 Following a Cydia Substrate update on Wednesday that improved hooking and added preliminary support for iOS 14, the package received a second update early Thursday morning, this time bringing it up to version 0.9.7103.

Cydia Substrate is used for tweak injection on both the checkra1n and unc0ver jailbreaks, albeit only up to A11 devices for the latter as Cydia Substrate doesn’t support A12 or newer handsets. If you’re using a supported platform, then this update is available from Sam Bingner’s default repository and should appear after refreshing your sources.

Cydia Substrate 0.9.7103 “solves”(-ish?) a bug where Substrate’s usage of ASL would cause GSSCreds to abort (a bug which has been here for a while due to a miscommunication on the cause of the bug with the people from checkra1n); note that extensions can still cause this bug when using Substrate, but my current belief (*crosses fingers*) is that that is conceptually a bug in those extensions and not something Substrate should attempt to mess with itself.

Given just how important of a package Cydia Substrate is on supported platforms, this update is obviously recommended for everyone who uses it. The latest bug fixes should make the software more stable than before.

If your jailbreak uses Substitute or libhooker for tweak injection instead, then this Cydia Substrate update won’t apply to you as you aren’t using this package and you can ignore this post entirely.

Have you updated to the latest version of Cydia Substrate yet? Let us know in the comments.