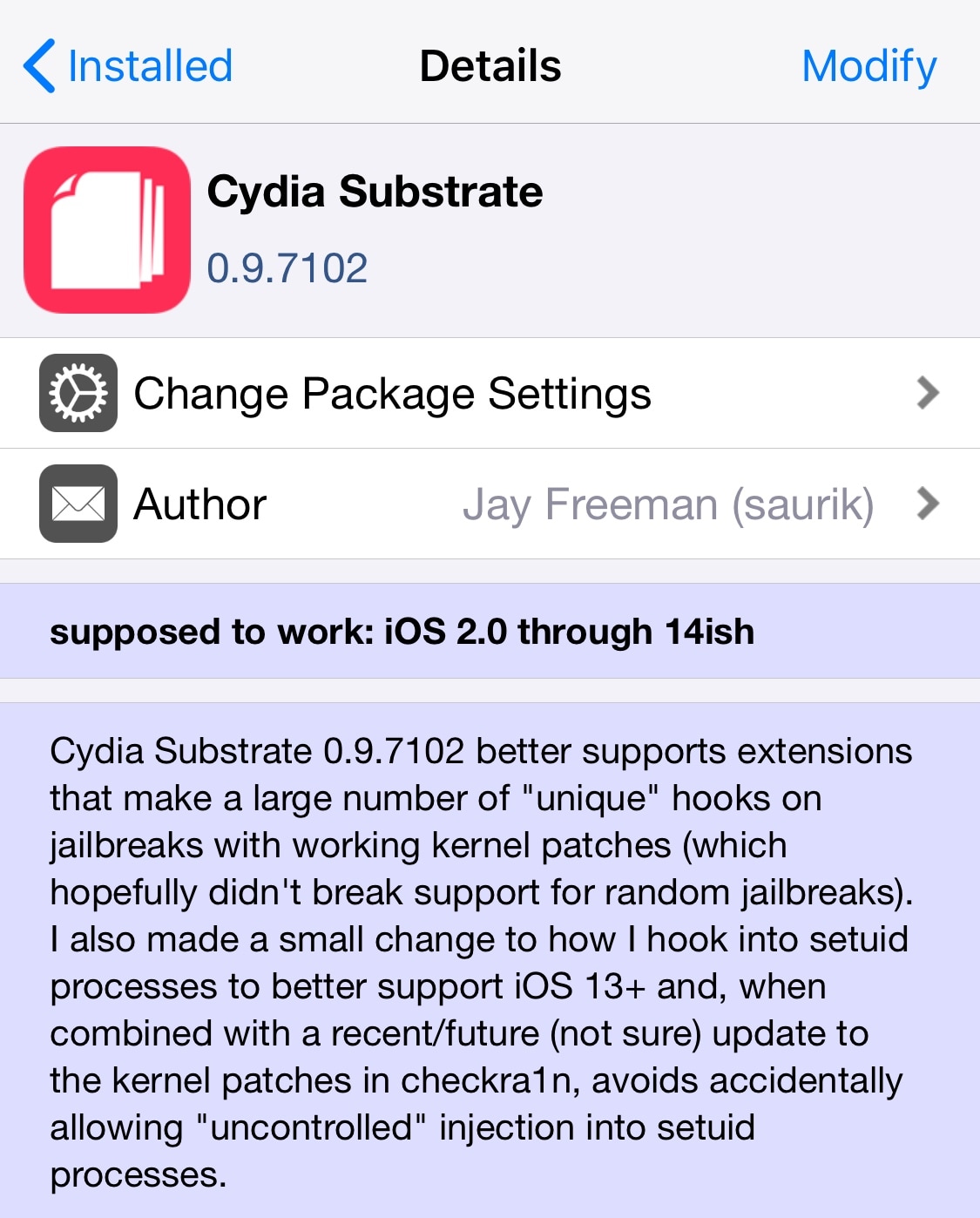 Depending on the type of jailbreak you’re using, your handset might depend on Cydia Substrate for tweak injection. This will be the case if you’re using checkra1n, but it may also apply to unc0ver users who aren’t using A12 or newer handsets since Cydia Substrate was never updated to support Apple’s latest lineup because of unforeseen complexity challenges.

If your jailbroken handset does use Cydia Substate for tweak injection, then you may want to launch Cydia and refresh your sources. An updated version of Cydia Substrate was released on Wednesday with improvements, officially bringing the package up to version 0.9.7102.

For those wondering what’s new in this update, Saurik describes it best:

Cydia Substrate 0.9.7102 better supports extensions that make a large number of “unique” hooks on jailbreaks with working kernel patches (which hopefully didn’t break support for random jailbreaks). I also made a small change to how I hook into setuid processes to better support iOS 13+ and, when combined with a recent/future (not sure) update to the kernel patches in checkra1n, avoids accidentally allowing “uncontrolled” injection into setuid processes.

In short, today’s Cydia Substrate update basically makes the package better at supporting packages with lots of hooks. Furthermore, the update seems to include preliminary support for iOS 14, as the depiction cites support for “iOS 13+” and the package’s supported software line now notes “iOS 2.0 through 14ish.”

This update is, of course, recommended for all users and is available via Sam Bingner’s pre-installed repository on both the checkra1n and unc0ver jailbreaks. If your jailbreak uses an alternative tweak injection method, be it Substitute or libhooker, then you can ignore this post entirely since it doesn’t apply to you.

Have you installed the latest version of Cydia Substrate yet? Let us know in the comments section below.