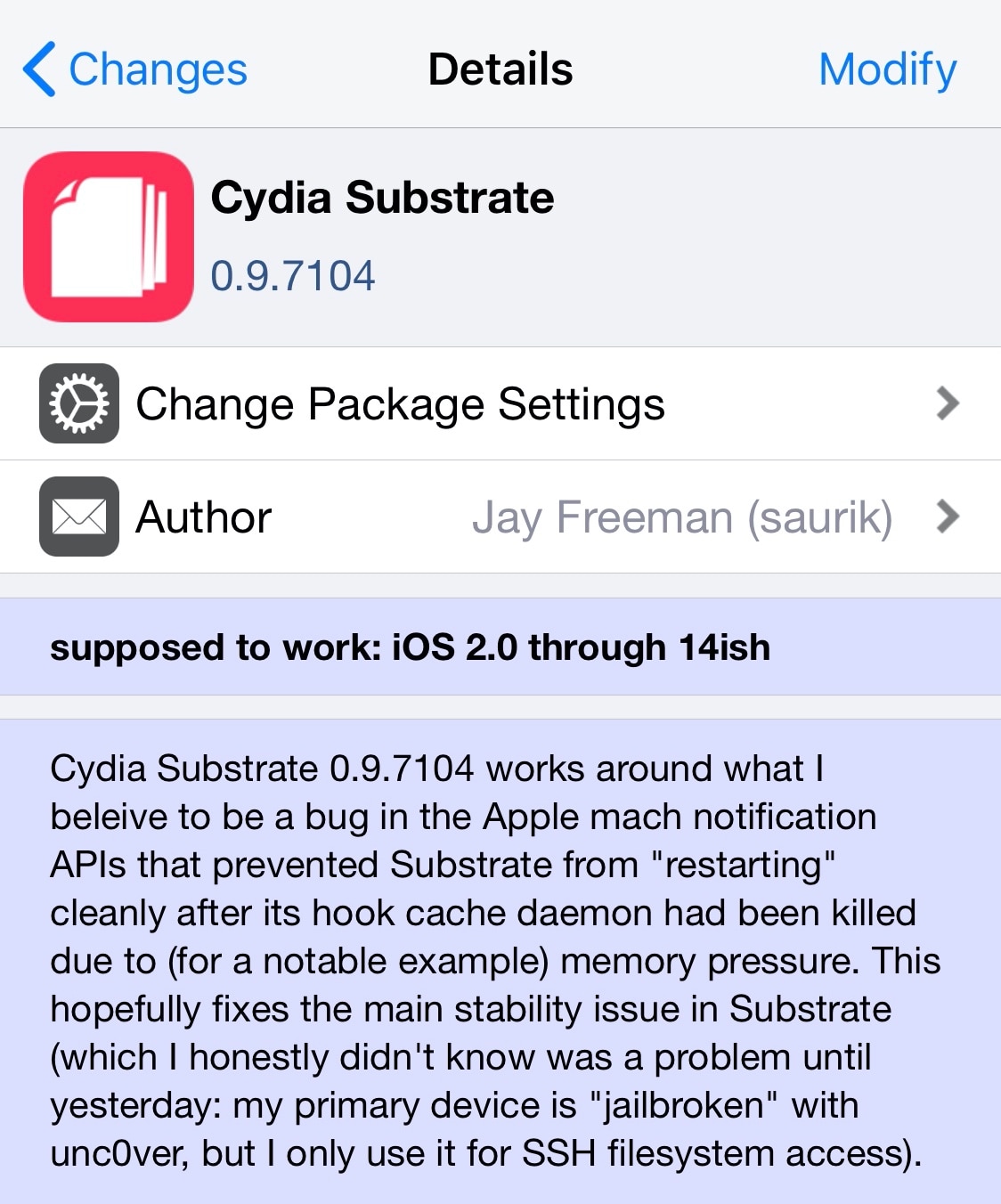 Cydia Substrate users have probably noticed quite a substantial number of updates to this particular package over the past couple of days. Two consecutive updates for Cydia Substrate were launched Wednesday night and Thursday morning, but the excitement didn’t stop there. Saurik pushed a third update for Cydia Substrate Thursday afternoon, officially bringing the package up to version 0.9.7104.

If your device uses Cydia Substrate for tweak injection, then this third update is highly recommended as it incorporates important bug fixes. Here’s the excerpt from the depiction describing what’s new per Saurik himself:

Cydia Substrate 0.9.7104 works around what I believe to be a bug in the Apple mach notification APIs that prevented Substrate from “restarting” cleanly after its hook cache daemon had been killed due to (for a notable example) memory pressure. This hopefully fixes the main stability issue in Substrate (which I honestly didn’t know was a problem until yesterday: my primary device is “jailbroken” with unc0ver, but I only use it for SSH filesystem access).

From what we can gather, this update adds stability to Cydia Substrate by fixing a bug that would otherwise kill the package when the handset’s memory became overwhelmed. It’s probably not a common issue, but if you have a lot of tweaks and a very small amount of system memory, then it definitely can’t hurt to have this added line of defense against an otherwise frustrating bug.

If you’re running the checkra1n or unc0ver jailbreak on a compatible handset, then the latest version of Cydia Substrate can be downloaded from Sam Bingner’s repository via Cydia. If your jailbreak uses Substitute or libhooker for tweak injection instead, then today’s news doesn’t apply to you and you can simply move on from this post.

Have you updated to the latest version of Cydia Substrate yet? Let us know in the comments section below.