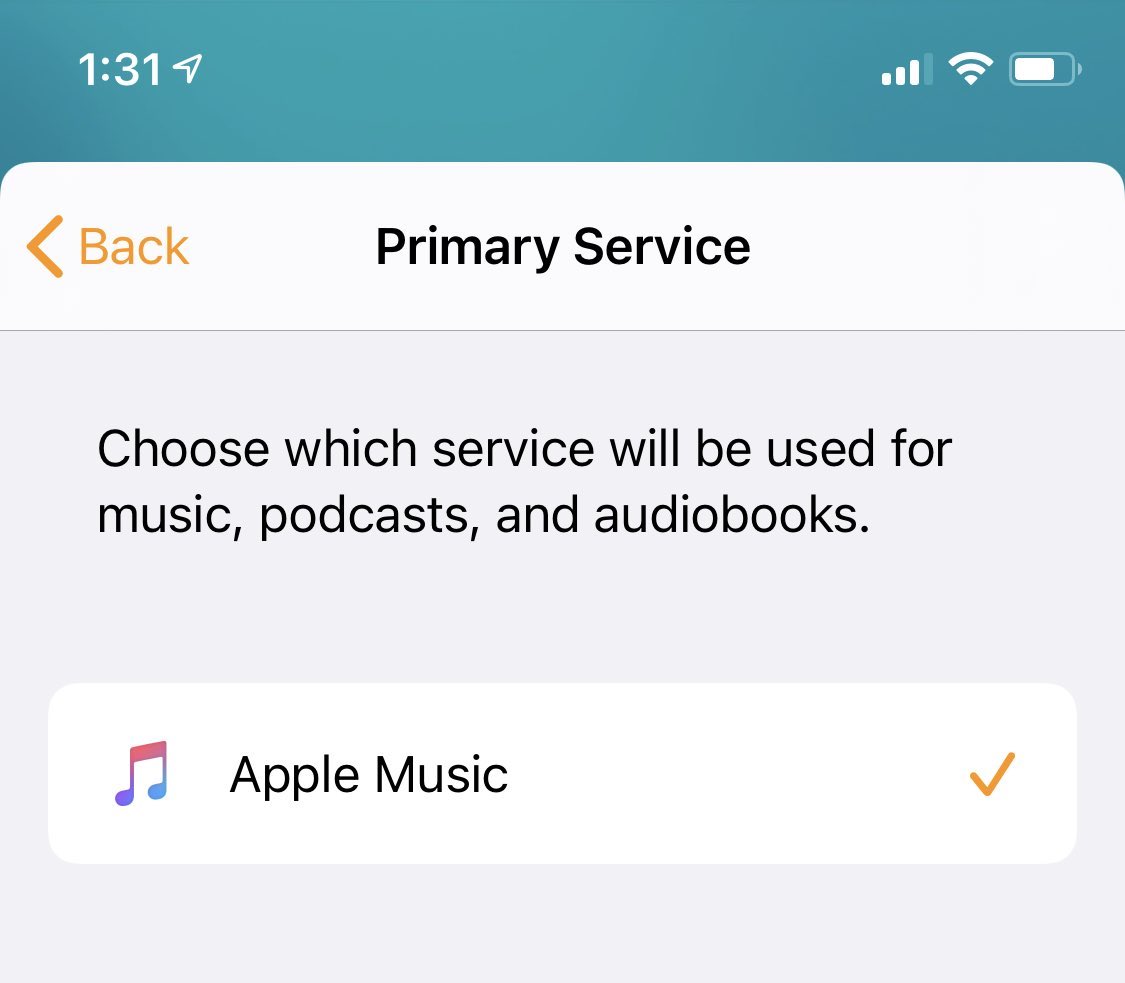 Alongside second betas of iOS 14 and other operating systems that were seeded to developers yesterday, Apple also introduced a second beta of the upcoming HomePod software update which is being available on an invite-only basis to a selection of AppleSeed beta testers.

As spotted by people on Twitter, the second version of HomePod beta software includes a new option that permits customers to choose which audio service the smart speaker uses for streamed music, podcasts and audiobooks. Currently, Apple Music is the only choice but one can easily see that changing once Apple releases its OS updates publicly in the fall because developer support is required to expose third-party audio apps to the HomePod software.

The new Primary Services option can be found in the Home app.

The feature is a per-user setting: each HomePod user can set a different audio service as their default. For instance, you may set your HomePod to use Spotify while your significant other may choose to use Apple Music on the same HomePod device thanks to the multi-user feature.

Some people claim that this feature has been present since the first beta, but the poster who shared the screenshots said he was pretty sure it was brought out in the second beta.

TUTORIAL: Getting to know what the various status lights on your HomePod mean

That doesn’t matter in the great scheme of things because we knew about this from the HomeKit segment of the WWDC 2020 keynote, in which Apple briefly showed a slide which seemed to indicate the HomePod will soon be receiving support for third-party music services.

Since its launch in February 2018, the Siri-powered speaker has remained limited to the Apple Music subscription service, which impacted its sales potential significantly. Although people can stream third-party audio from Spotify or Pandora to their HomePod via AirPlay, that band-aid solution is pretty clunky and requires an iPhone, iPad, iPod touch or Mac.

TUTORIAL: How to AirPlay audio to HomePod without Wi-Fi

With this new feature, you’ll be able to choose Spotify or another music service as the default provider of streamed music, podcasts and audiobooks on the speaker. Although the feature’s description does not mention it, it’s pretty much given that you’ll be able to ask Siri to stream music from Spotify or whatever third-party service you set as your new default on the speaker.

How could Apple make HomePod even better?

Is picking a third-party audio service enough to make the HomePod speaker not only a better buy but also a more attractive option for fans of Spotify, do you think? And if you were Tim Cook, what would you tell HomePod engineers in terms of making the product better?

Does the HomePod price need to drop? In your personal opinion, which new features or enhancements does the HomePod need in order to help increase sales?