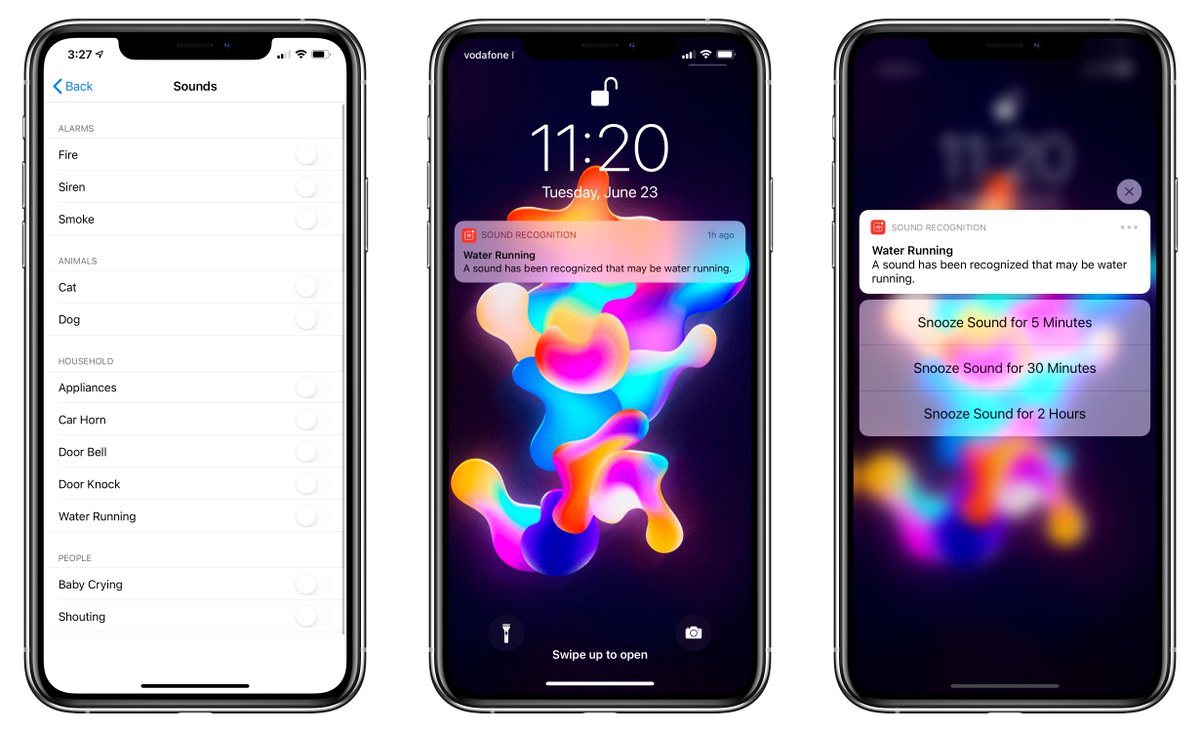 Yesterday, Apple unveiled the newest version of its most popular operating system. And now that iOS 14 is available as a developer beta, even more details are finding their way to the surface.

That includes new and tweaked notifications, which are designed to give even more information to the end user, but also offer up more information in general. One of those new features within iOS 14 is called Sound Recognition (via The Verge). This will make it possible for the iPhone to listen for specific sounds, including fire alarms, doorbells, when water is running, the smoke alarm, and other devices. When the device recognizes these sounds it can send a notification, letting you know that these these are happening just in case you might not hear them.

iOS 14 comes with support for Sound Recognition in Accessibility. Your phone can now listen for specific sounds – a baby crying, smoke alarm, water running, etc. – and notify you.

Amazing feature for all kinds of users – inclusivity at its best. #WWDC2020 pic.twitter.com/3hIL8JuTyB

The feature can actually listen for up to 14 recognizable sounds. Sirens, even a knock on the door, are all registered with the feature. However, it’s worth noting here that while companies like Google and Amazon are using a similar feature for safety precautions, Apple’s implementation here is meant for accessibility. The company stresses the feature should not be relied upon in its current state as a means of staying safe, saying, “sound Recognition should not be relied upon on in circumstances where you may be harmed or injured, in high-risk or emergency situations, or for navigation.”

You can check it out in action in the video posted to Reddit below:

[Feature] something I found in iOS 14 called sound recognition. It alerts the user if the iPhone detects a sound you want it to listen out for. from iOSBeta

As I mentioned above, Google and Amazon are using similar features in their products. For instance, the Pixel smartphones from Google use the microphone for a crash-detection feature. And Amazon’s Echo smart speakers listen for the sound of broken glass or alarms as part of the company’s Alexa Guard home security feature.

So it certainly looks like Sound Recognition in iOS 14 could be expanded to these same elements for security at some point in the future, but, for now, it’s about accessibility.

What do you think of the new feature?