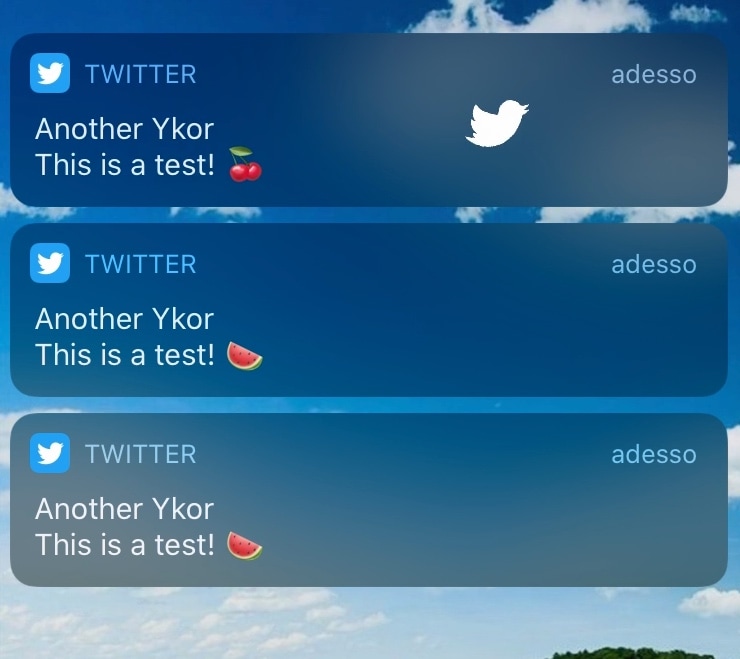 If you have as much of a love for jailbreaking as you do for using Twitter, then we think you’re going to have an absolute blast using a newly released jailbreak tweak dubbed Fly Fly by iOS developer Plat-Ykor.

Fly Fly makes the experience of receiving push notifications from Twitter both more fun and interactive. Upon receiving a notification, you will witness the Twitter bird taking flight across your display, complete with bird chirping sounds and an animated Twitter app icon.

Like with most animation-centric tweaks, words alone can’t do Fly Fly justice, so that’s why we’ll be letting the animated GIF below do the talking:

You’ll notice that Fly Fly animates the Lock Screen & Notification Center interfaces with flying Twtter birds each and every time that a notification banner appears. The placement of the bird animation is random but is accompanied by an optional bird chirp sound.

After you install Fly Fly, you’ll find a dedicated preference pane in the Settings app where you can configure a few options based on your choice of aesthetics and behavior: 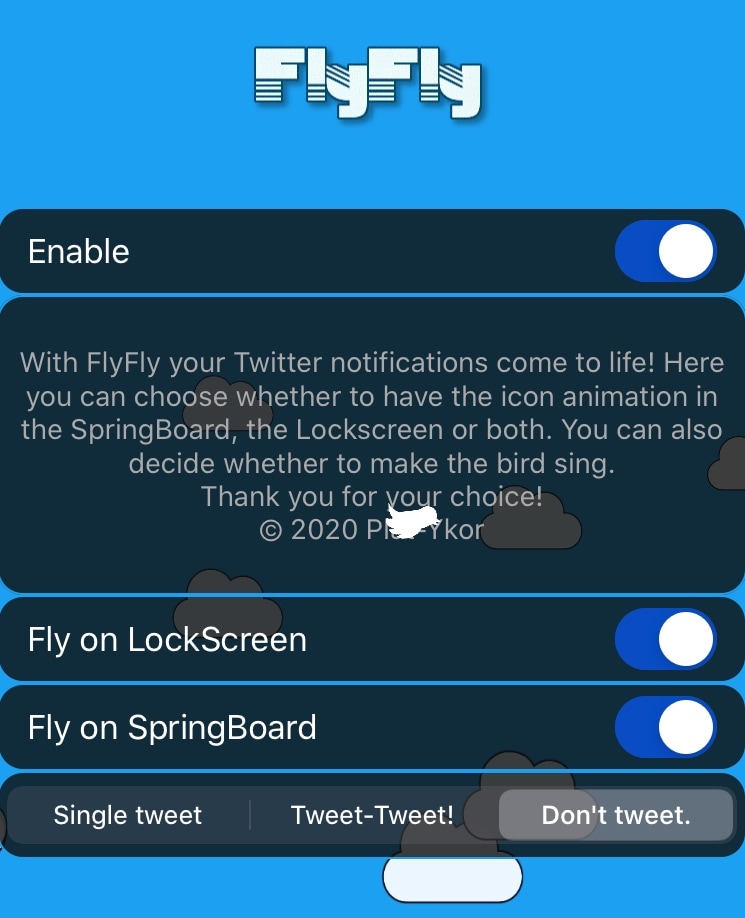 Fly Fly is definitely a lot more of a quirky novelty than a useful jailbreak tweak, but that doesn’t detract from its purpose for existing. If you enjoy jailbreaking for the sake of having uniqueness of your iPhone, then Fly Fly is something that’s sure to garner attention from the folks sitting around you.

If you’re interested in trying Fly Fly, then you can purchase it for $0.50 from the Packix repository via your favorite package manager. The tweak supports jailbroken iOS 13 and 14 devices and requires the regular Twitter app to be used.

Do you think you’ll be snagging Fly Fly? Let us know why or why not in the comments section below.