Jailbreakers who are taking advantage of either the checkra1n or unc0ver jailbreak would do good to launch the Cydia app and refresh their sources this morning. It seems that Cydia received yet another update late last night, this time bringing the tried and true package manager up to version 1.1.35.

From what we can gather, Cydia v1.1.35 was released specifically to fix a problem where the app could crash if the user was using a hardware keyboard on iOS & iPadOS 13.5 as opposed to using the operating system’s built-in software keyboard. 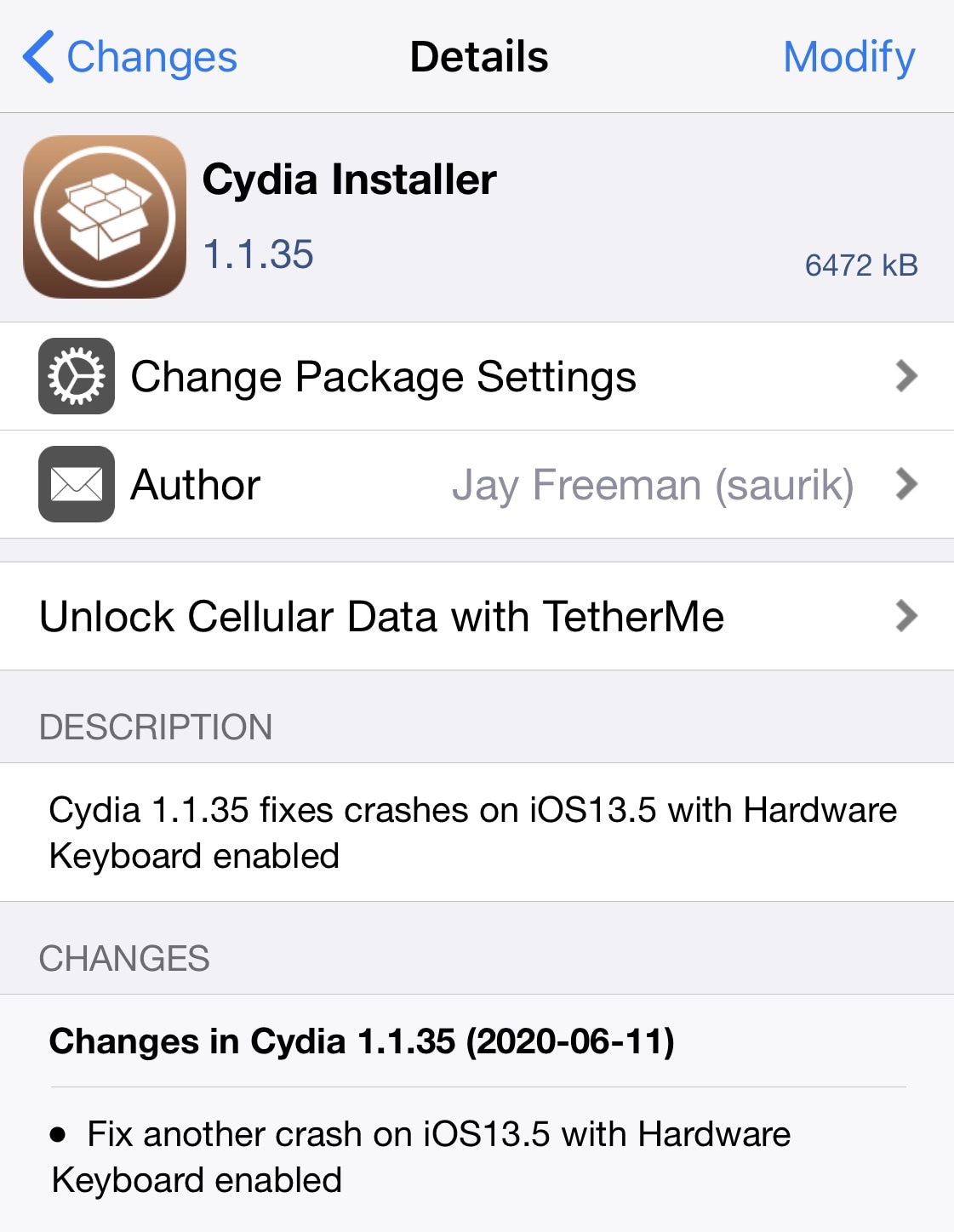 If you’re feeling a state of déjà vu right about now, then we can happily assure you that you’re not going insane. A similar Cydia update launched only a few days ago attempted to fix crashes when using a hardware keyboard on iOS & iPadOS 13.5, but as it would seem, another slew of crashes related to similar hardware keyboard behavior came into the light a few days later.

The crashes are probably a lot more likely to impact iPad users, as many enjoy the dexterity of typing with Apple’s Smart Keyboard Folio and/or Magic Keyboard. iPhone users are less likely to use a hardware keyboard given the nature of the handset, but it’s not out of the question thanks to Bluetooth keyboard options.

If you’re using the Cydia package manager, then it’s recommended that you install the latest update to ensure that you have the latest bug fixes and improvements. This is especially so if you’ve jailbroken iOS 13.5 or iPadOS 13.5 and if you use a hardware keyboard much of the time instead of iOS’ software keyboard.

If you aren’t using the checkra1n or unc0ver jailbreaks and Sileo is your default package manager instead, then you needn’t concern yourself with this update as it likely doesn’t pertain to you.

Have you updated to the latest version of Cydia yet? Let us know in the comments section below.