Cydia, the package manager that comes pre-installed on the checkra1n and unc0ver jailbreaks, received an update on Monday bringing it up to version 1.1.34 with a fix for a crash that could happen when attempting to navigate the app on iOS and iPadOS 13.5 with a hardware-based keyboard.

While most jailbreakers are using iOS’ native software-based keyboard to look for their favorite jailbreak tweaks and extensions, hardware keyboards are particularly common among iPad users, especially if touting Apple’s own first-party options. 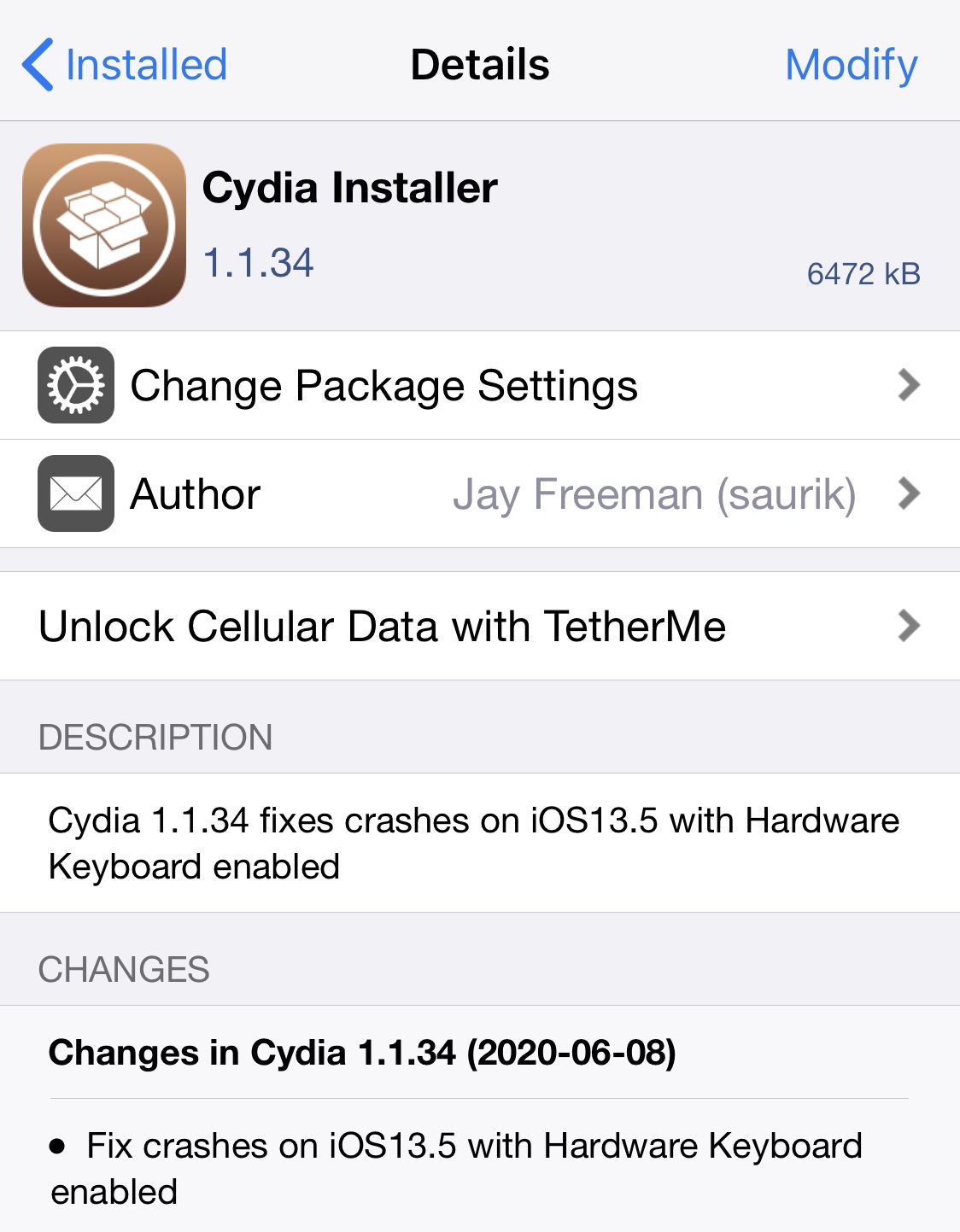 Installing the updated Cydia is easy. Upon launching the app and refreshing your sources, your device should prompt you to install an essential upgrade. You’ll simply tap on the Complete Upgrade option, after which the installation will commence. You will then be asked to close Cydia, and upon doing so, you can go ahead and re-launch the app to begin using it again – no Respring required.

Even if you aren’t using a hardware-based keyboard, the update is still recommended for all users as it’s an official update. Ignoring it won’t do you any good, as the app will simply nag you to install the essential upgrade each time you open it.

Have you installed the latest version of Cydia yet? Let us know in the comments section below.