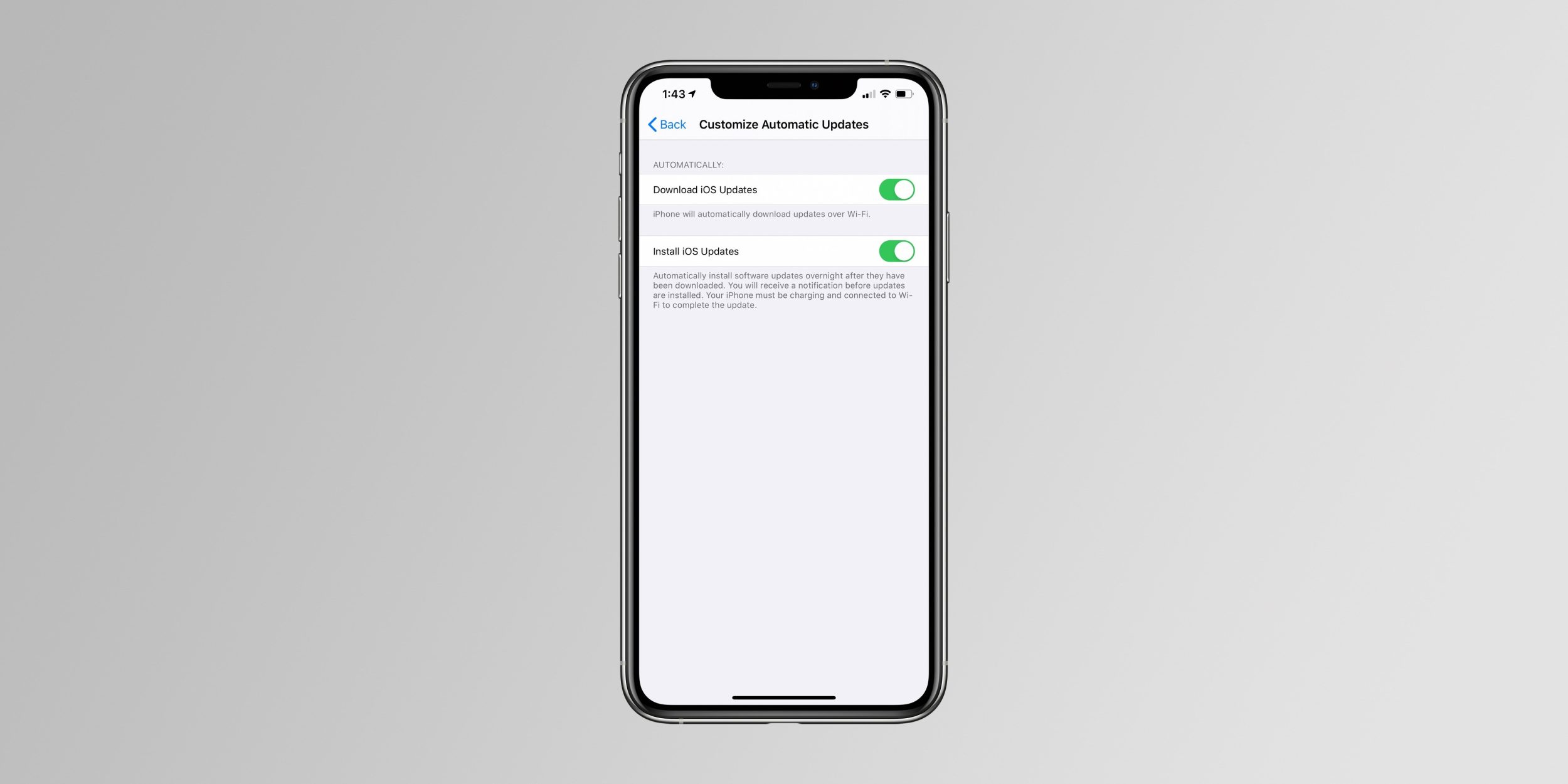 Earlier today, Apple seeded the second beta of iOS and iPadOS 13.6 to developers. Now that the prerelease software is out there in the wild, new features are being discovered.

The new toggle will make it possible for an iPhone, an iPad, or an iPod touch running the supported software to download the new update automatically as long as the device is connected to Wi-Fi. This is just another way to make sure iOS users don’t need to manually download new software when it becomes available.

Automatically install software updates overnight after they have been downloaded. You will receive a notification before updates are installed. Your iPhone must be charging and connected to Wi-Fi to complete the update.

The ability to automatically install new software overnight is still present, so that feature isn’t getting the boot.

It’s a small change, but will probably be a welcomed one for the iOS users out there in the wild who prefer to just let the update process pan out automatically. But, what do you think? Is this a toggle you’ll switch on when it becomes available to you?