Late last night, the Sileo Team launched an updated version of the Sileo package manager for jailbroken devices, officially bringing the project up to version 1.8 with a serious bump in speed and other changes that will make some jailbreakers quite happy. 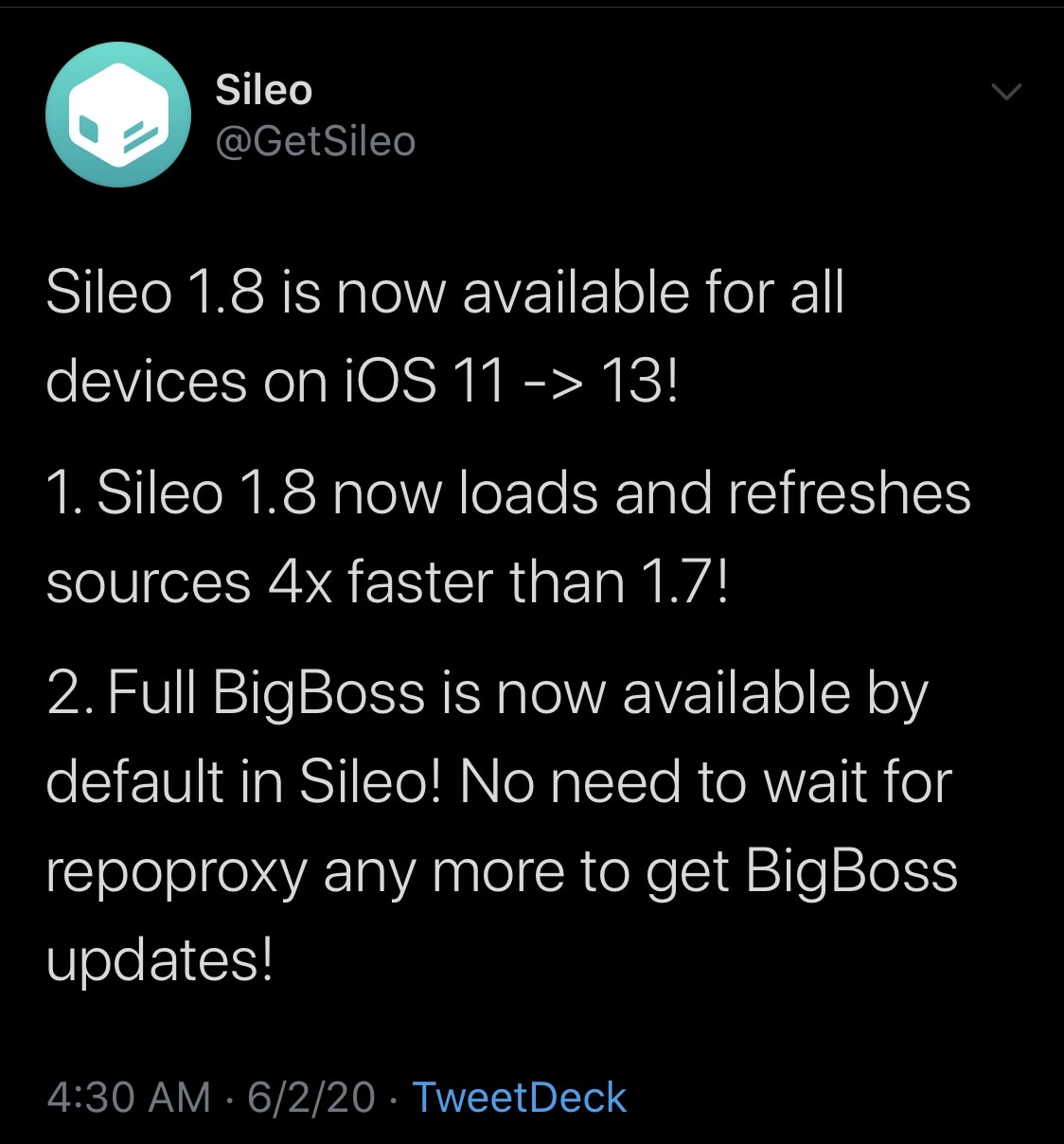 Sileo, which was already a fast app from the start, is now allegedly up to four times zippier in version 1.8 when refreshing sources than it was in version 1.7. This is particularly notable as Sileo is perhaps one of the fastest package managers in times of repository load times.

And speaking of repositories, it seems that the Sileo Team is finally doing away with its repoproxy mirror of the BigBoss repository. The Tweet notes that Sileo v1.8 will incorporate the official full-fledged BigBoss repository out of the box in what can only be described as a welcomed change and a monumental departure from the Sileo Team’s initial attitude toward the respected repository.

The Sileo package manager comes by default on the Chimera and Electra jailbreaks for iOS 12 and iOS 11 respectively, but it’s worth noting that Sileo can also be installed on iOS 13-centric jailbreaks such as checkra1n, albeit with the Chimera bootstrap. Perhaps unsurprisingly, this means that Cydia would be uninstalled when Sileo gets installed, but it is possible to install Cydia again later.

Do you plan to check out the latest update to the Sileo package manager following this change? Discuss in the comments below.