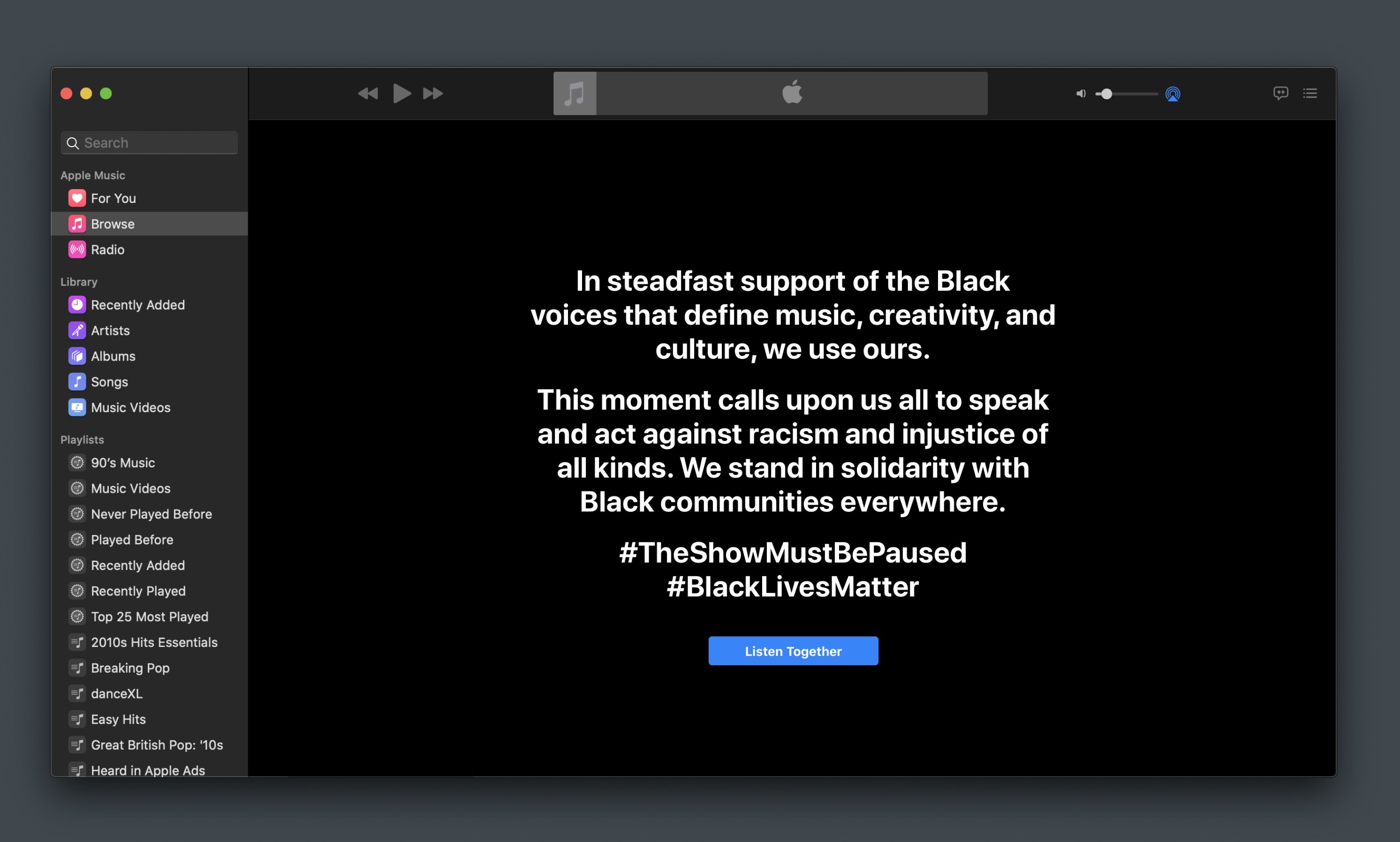 Apple Music has joined the music industry’s Black Out Tuesday awarenesses campaign which was created to support Black Lives Matter, a global human rights movement that originated in the African-American community after George Floyd was killed by the Minneapolis police.

The campaign has taken over the Music app on the iPhone, iPad, iPod touch and Mac devices, with people around the world seeing the following message in the Music app.

In steadfast support of the Black voices that define music, creativity and culture, we use ours. This moment calls upon us all to speak and act against racism and injustice of all kinds. We stand in solidarity with Black communities everywhere.

You can see that splash screen top of post.

The splash screen sports a Listen Together button that redirects Apple Music listeners to a radio station which celebrates the best in black music. On top of that, Apple Music’s For You and Radio tabs now host a single “For Us, By Us” playlist featuring music by black artists. 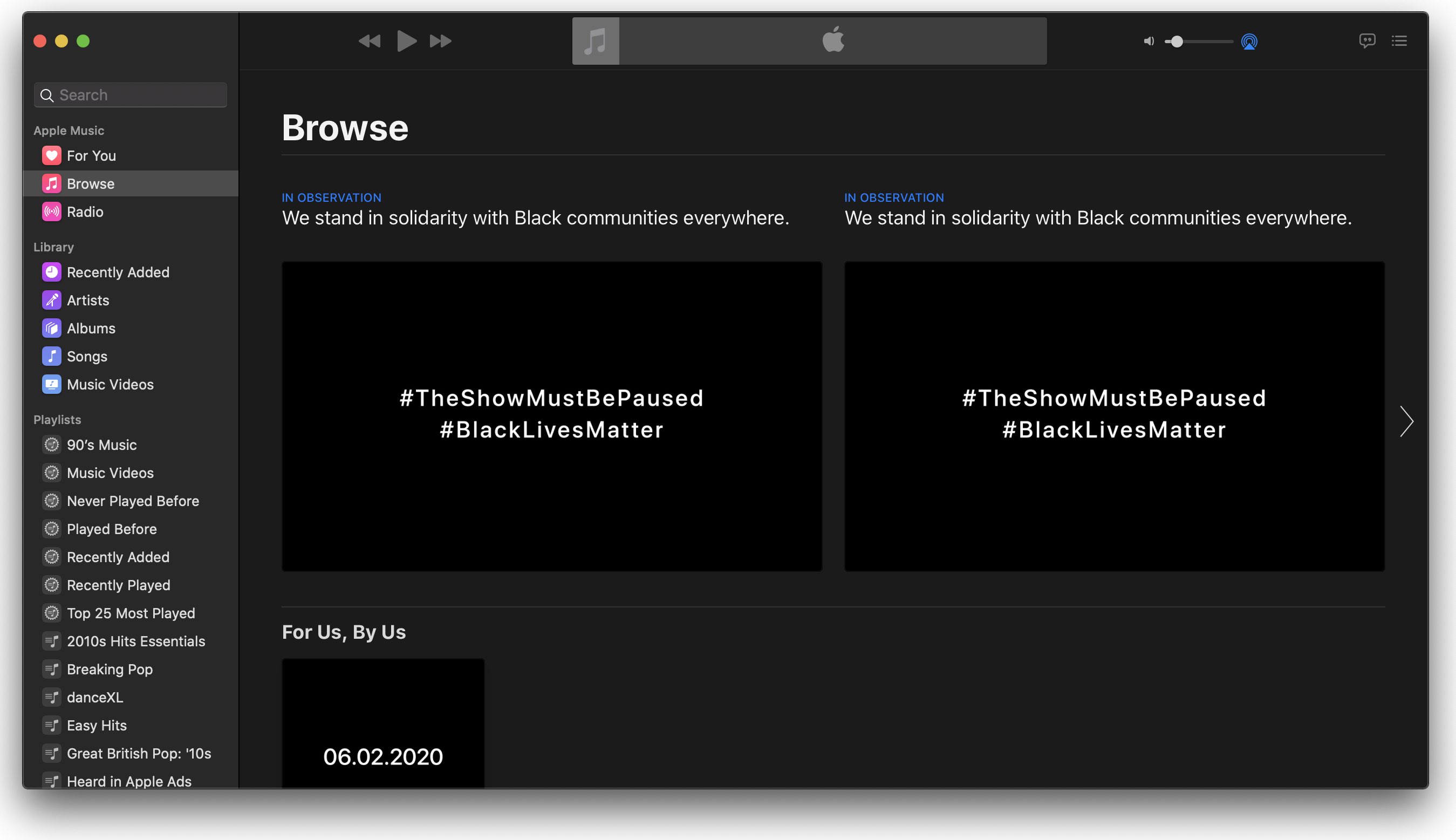 There is also a live streaming station with the idea that all Apple Music users can listen to the same music simultaneously. The radio stream is periodically interjected with a voiceover that says ‘this moment calls upon us all to speak and act against racism … we stand in solidarity with black communities everywhere’.

Some people are not seeing the campaign in the Music app yet, suggesting it’s a staggered rollout or limited to select countries.

On Tuesday, June 2nd, Apple Music will observe Black Out Tuesday. We will use this day to reflect and plan actions to support Black artists, Black creators, and Black communities. #TheShowMustBePaused #BlackLivesMatter pic.twitter.com/xkvn31DpYc

Other Apple Music features continue to be available, including the ability to access your music library across devices, search Apple Music‌ and more. Another initiative, dubbed The Show Must Be Paused, is asking major record labels to refrain from publishing new music for the time being and focus on donating and raising awareness for black communities.

Apple’s boss Tim Cook in a memo to all employees addressed the unrest in US cities following George Floyd’s killing, saying we should strive to create “a better, more just world for everyone”.

He added that Apple will continue donating to equal justice and human rights groups.