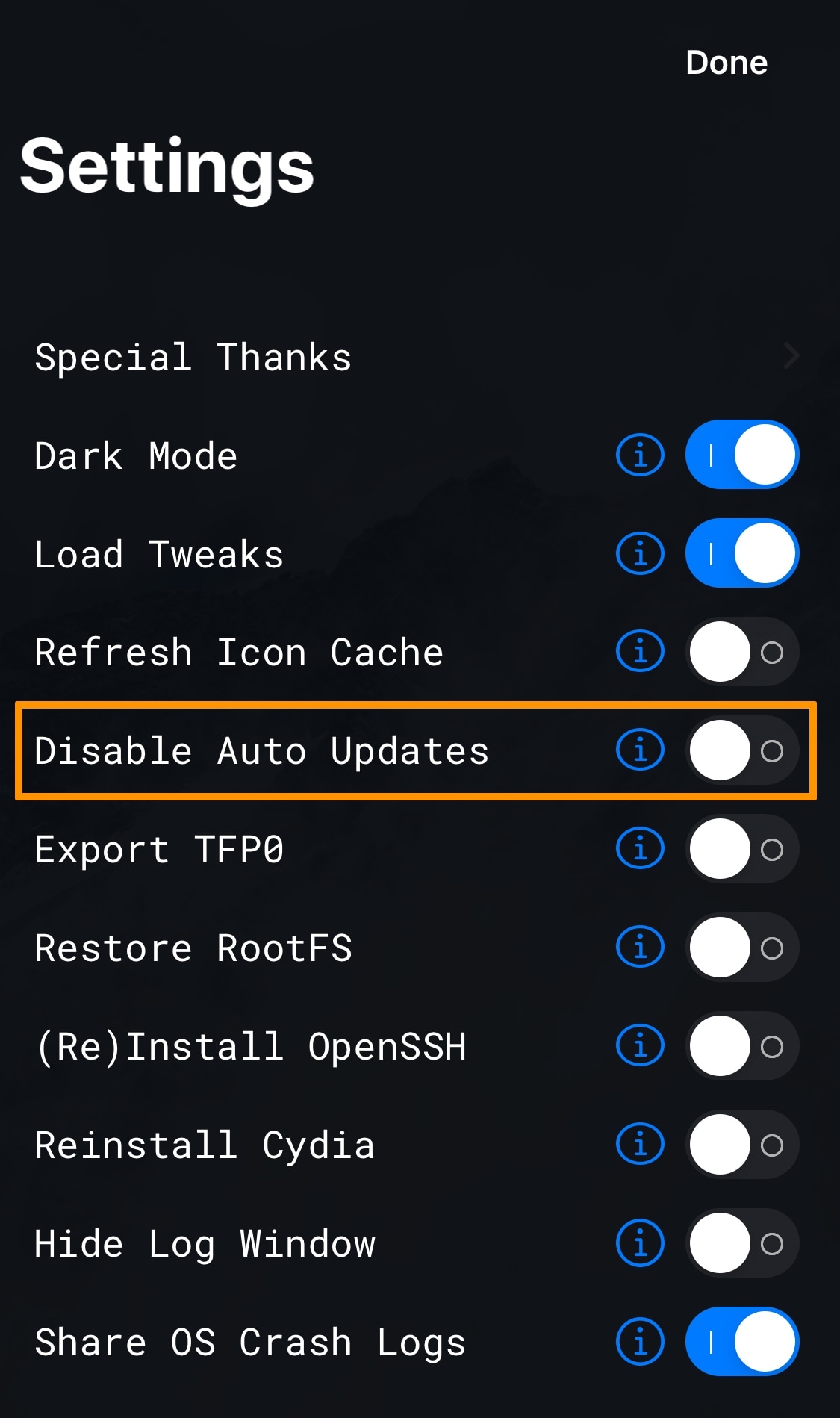 Apple today released iOS & iPadOS 13.5.1 specifically to patch the new kernel exploit that Pwn20wnd incorporated into the unc0ver v5.0.0+ jailbreak tool to support iOS & iPadOS 13.5, making it now more important than ever to avoid updating your device to the latest available firmware if you care whatsoever about being able to customize your handset in an bevy of different ways that otherwise wouldn’t be possible out of the box.

As pointed out this evening by unc0ver lead developer Pwn20wnd, however, it seems that unc0ver versions 5.0.0 and 5.0.1 exhibit a bug in which the option in the unc0ver app for disabling automatic software updates will behave opposite to how users have it configured:

Think of the debacle as being tantamount to ‘Opposite Day.’ This means that if you’ve “disabled” automatic software updates on your jailbroken device via the unc0ver app, then your device will still search for available software updates and nag you to install them. Consequently, Pwn20wnd now recommends disabling this feature and re-jailbreaking your device as soon as possible…

Albeit annoying to have to do so, we recommend all unc0ver users perform this action immediately to prevent losing their jailbreak on iOS/iPadOS 13.5. Re-jailbreaking after changing the setting is imperative for it to take effect, as this is the only way that unc0ver can modify your device’s configuration.

We can only assume that this will be a temporary workaround for the time being and that Pwn20wnd will soon release an update for the unc0ver jailbreak so that this toggle switch will operate as intended. This has yet to be confirmed, however.

Now that iOS & iPadOS 13.5.1 is officially available to the public, the clock has started ticking and Apple will eventually stop signing iOS & iPadOS 13.5. That said, this isn’t the time to start gambling with your jailbreak. Heed the advice of these trusted hackers and ensure that your handset is prepared to reject Apple’s jailbreak-suppressing updates.

Have you turned the automatic software update suppression feature off in the unc0ver app following Pwn20wnd’s advice? Let us know in the comments section below.