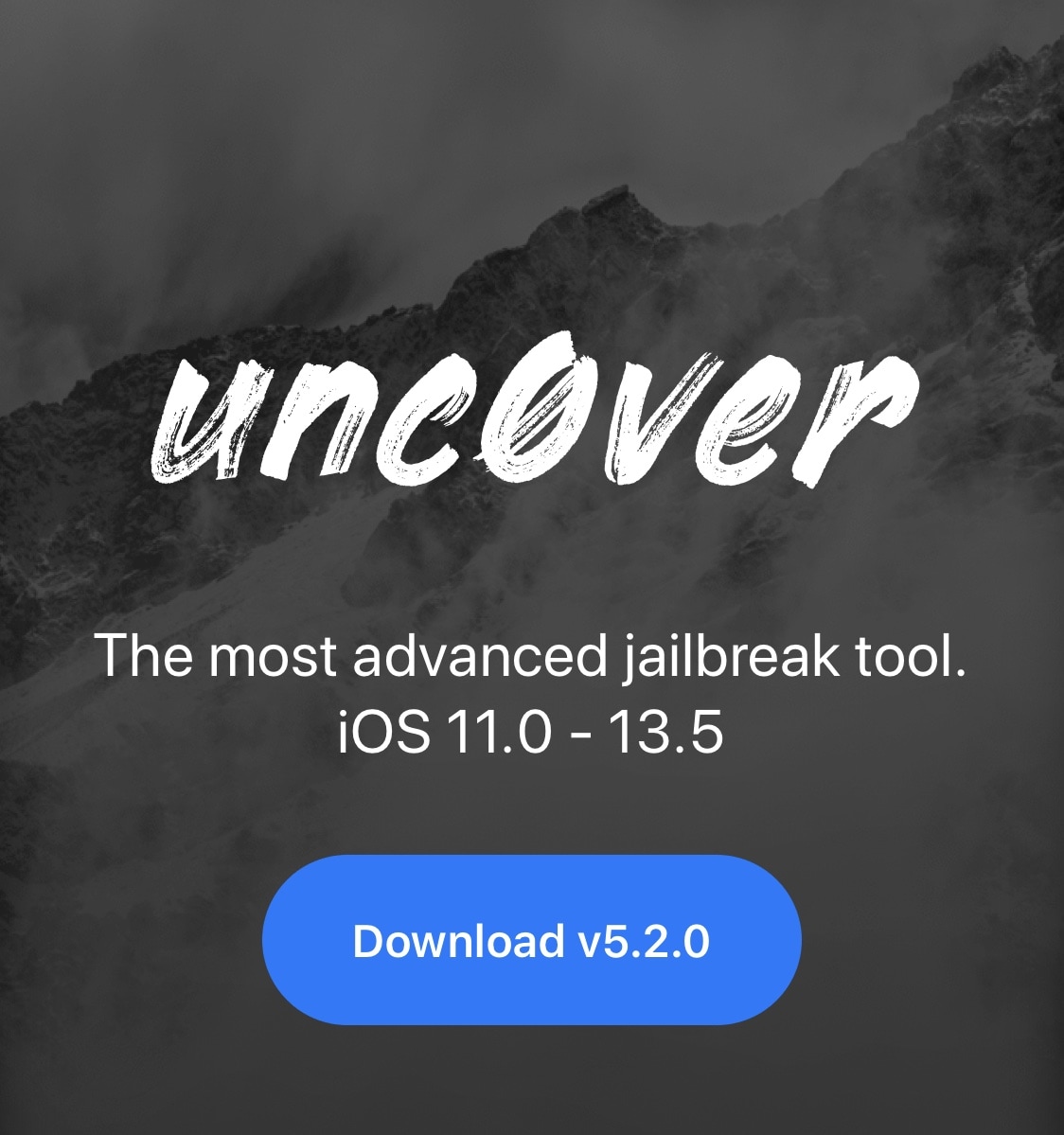 When Pwn20wnd released unc0ver v5.0.0 on Memorial Day weekend with support for iOS and iPadOS 13.5, it took the jailbreak community by storm. Not only was the firmware still signed at the time of release, but the exploit went unfixed for quite a long while after before Apple finally patched it in iOS and iPadOS 13.5.1. Just yesterday evening, Apple officially stopped signing iOS and iPadOS 13.5, a move intended to prevent jailbreak hopefuls from downgrading to a pwnable firmware.

But for those who accidentally (or intentionally) updated and now regret it, there’s still hope, as unc0ver project lead developer Pwn20wnd updated the jailbreak tool to version 5.2.0 on Tuesday with novel support for iOS 13.5.5 beta 1, along with some other important improvements: 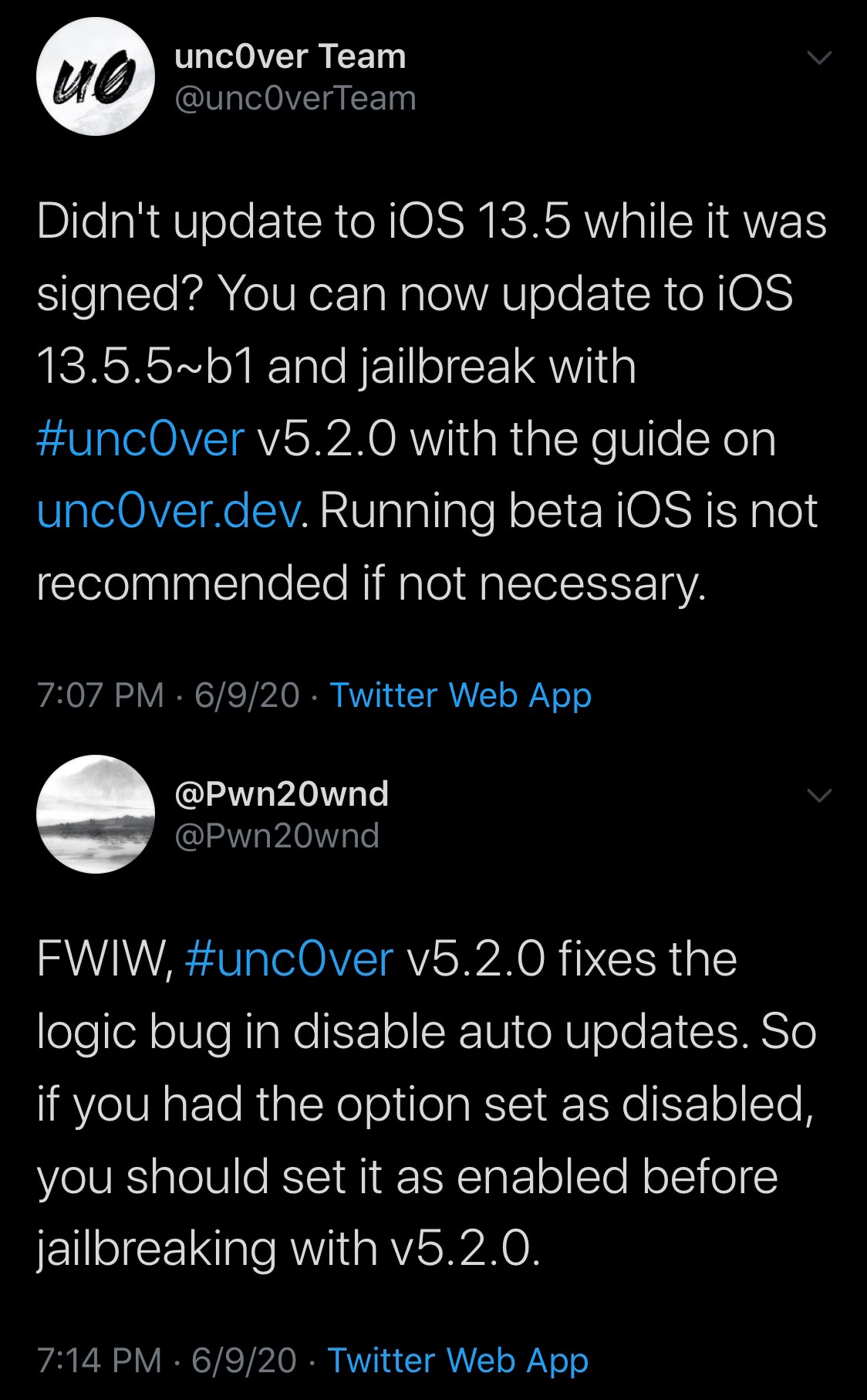 The latest update, announced just this evening by the official unc0ver Team account on Twitter just this afternoon, incorporates the following changes per the change log published on Pwn20wnd’s GitHub page:

By far, the most significant change in this update is the newfangled support for iOS 13.5.5 beta 1. While we don’t recommend updating to iOS 13.5.5 beta 1 if you’re already happily jailbroken on iOS 13.5 or earlier, someone who has updated to iOS 13.5.1 can upgrade to this beta release right now to get jailbroken  if they wanted to.

In addition to support for a new firmware version, unc0ver v5.2.0 appears to patch the automatic software update blocking mechanism that Pwn20wnd previously warned about and offered a workaround for. If you use unc0ver v5.2.0, you’ll want to revert this setting back to its default position so that unc0ver can properly block software updates.

Being that this is a public release and not a public beta, the updated unc0ver is recommended for all users, both new and returning for the sake of having the latest bug fixes and improvements. If you were using an earlier version of unc0ver before this update dropped, then you need only reboot your device, side-load the updated jailbreak app, and run it the same way you deployed the original v5.0.0 release. Afterward, you’ll have the latest improvements at your disposal.

Have you installed the latest unc0ver update on your iPhone or iPad yet? Share in the comments section below.