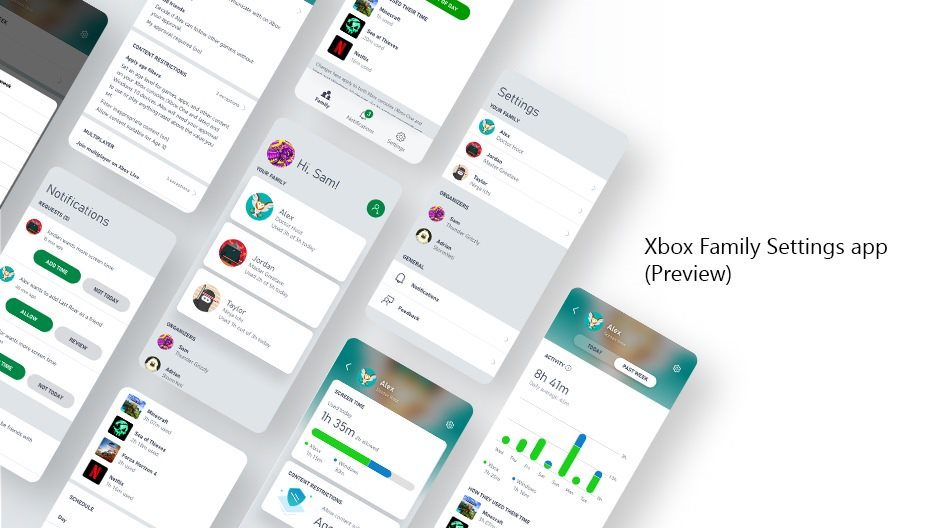 Microsoft is launching a new app in preview that is specifically designed to help parents and guardians monitor their children’s gaming sessions on the Xbox.

It’s called the Xbox Family Settings app, and it’s available in preview for both Android and iOS users beginning today. The app will make it easy for parents and guardians to set limits and monitor kids’ gaming, both on the Xbox One consoles, and, to some extent, gaming sessions on a Windows 10 PC as well.

Parents will be able to use the app to set up child accounts, which can then be associated with an allotment of screen time that’s set on a per-day basis. The app will also make it possible to filter content on the Xbox console based on a kid’s age, and the app will also show daily and weekly reports based on their children’s time spent gaming.

Here are the major bullet points for the new app:

Many of these features have been present in other safety apps released by Microsoft. That even includes the new Family Safety app the company launched in preview not too long ago. However, this app does add a bit more options when it comes to the Xbox specifically, and it’s streamlined to focus on gaming and managing sessions in front of the TV and the console.

The fact that the app is available on the phone and includes real-time notifications for when a child wants to extend their play session is a nice touch, and makes it easier for parents to manage on the spot. In addition to that, Microsoft says that additional features are in the works, including allowing parents to accept or decline a child’s friend requests from within the app.

The Xbox Family Settings app is available now in preview.