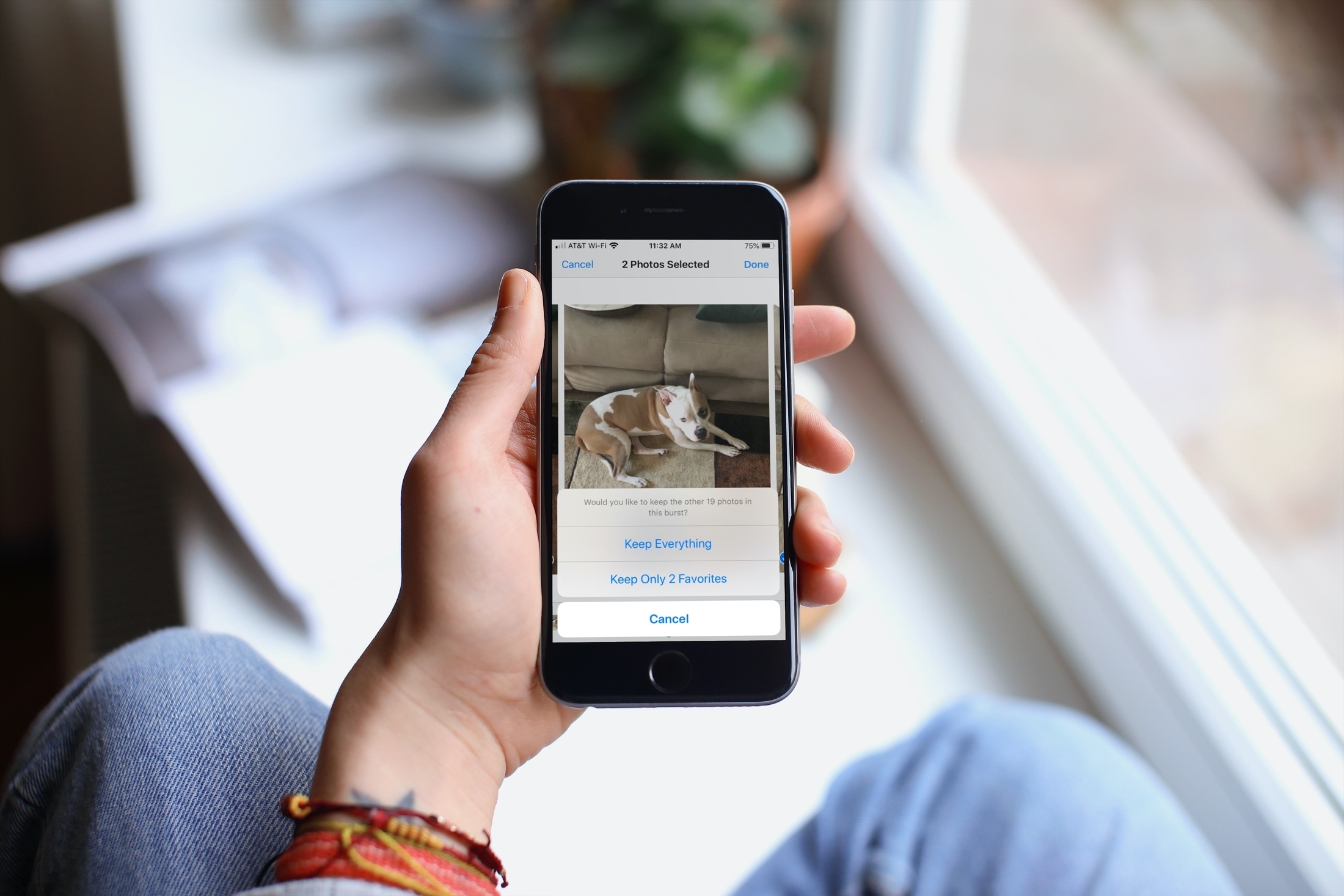 One of the greatest non-communication features of iPhone is the camera. And if you just got a new iPhone, you’re probably having a lot of fun snapping photos and capturing video.

Unfortunately, we’re not all experts when it comes to photography. But your iPhone gives you a handy feature that helps you capture the perfect shot. It’s called burst mode.

So, what exactly is burst mode? How does it work and what types of photos does it take? That’s what this tutorial is all about.

Here's what you'll learn in this tutorial... hide
1) What is burst mode?
2) How to use burst mode
3) Reviewing and saving burst photos

What is burst mode?

When you use burst mode on your iPhone or iPad camera, what you’re doing is capturing multiple shots, in a row, very quickly.

So if you are snapping a photo of a pet or baby who just won’t sit still, for example, burst mode will capture many shots that you can then review. You can keep the one(s) you want, that turned out well. Then, just get rid of the rest if you like.

Burst mode gives you an easy way to make sure you get the perfect shot.

How to use burst mode

You’ll simply use the shutter button on your iPhone camera to use burst mode.

You’ll hear several clicks as the photos are taken and see the number of photos being captured above the shutter button. Release when you want to stop. 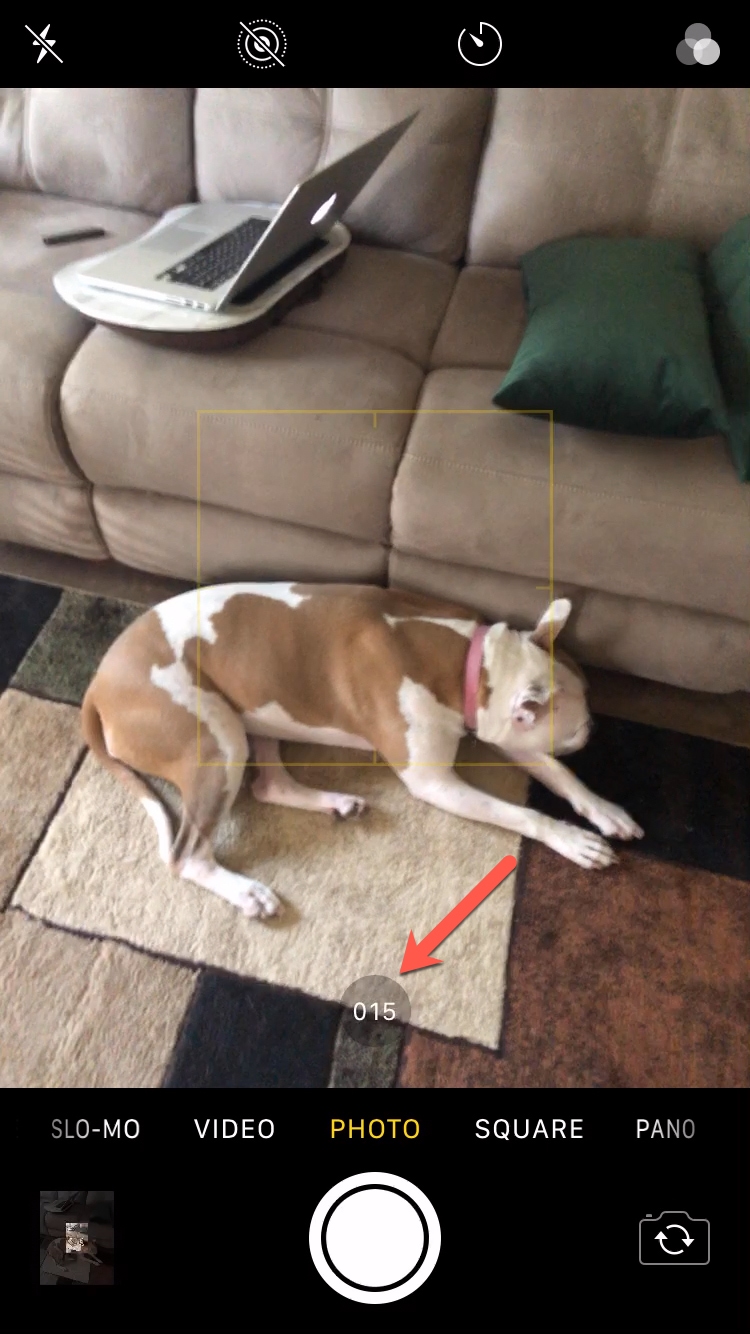 After you capture your burst of photos, you can check them all out. Then you can keep what you want and get delete those where the subject’s eyes are closed, they are blurred, or you simply don’t like them.

1) Tap the photo icon on the bottom left of the Camera app or open Photos and you’ll see the burst photos there. 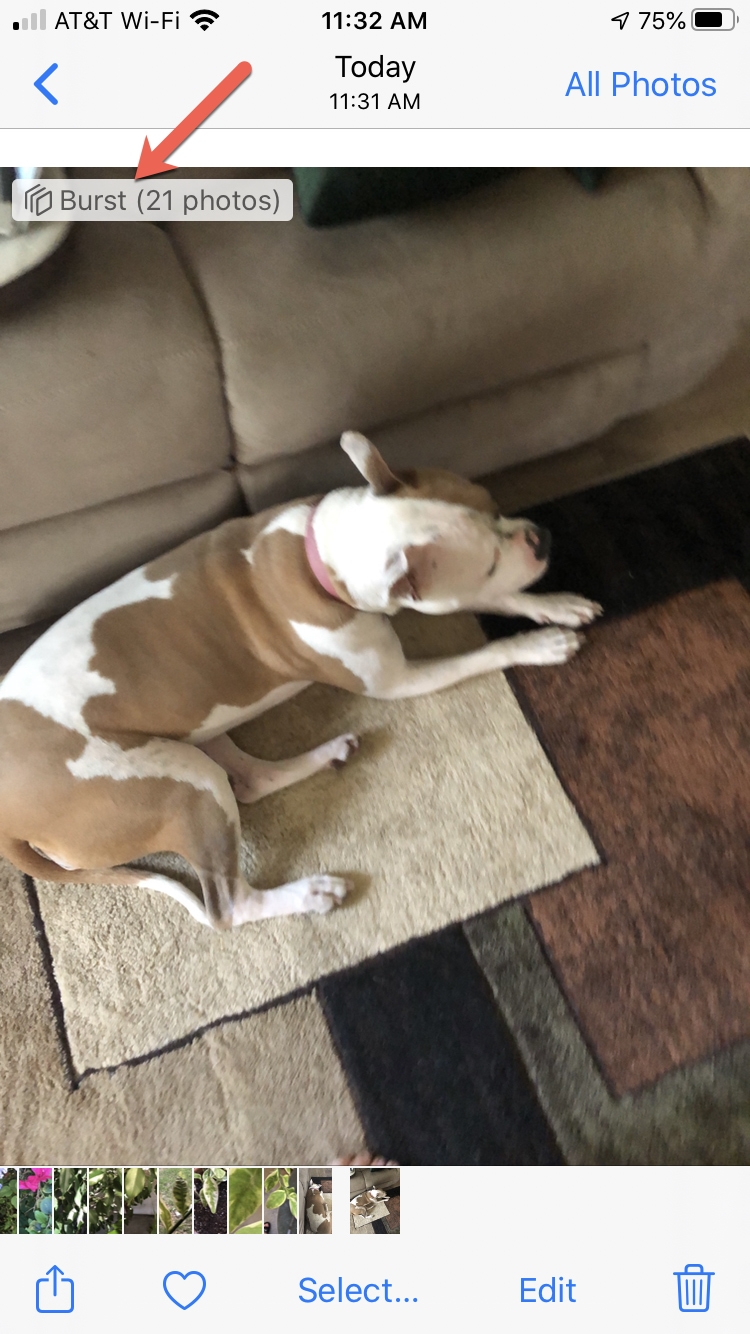 2) Make sure the burst is selected and then tap Select at the bottom.

3) You can then scroll through the photos or use the slider at the bottom. Tap to choose the one(s) you want to keep.

5) You’ll then be asked if you want to keep only those photos you selected or everything.

6) Make your selection and you’re set! 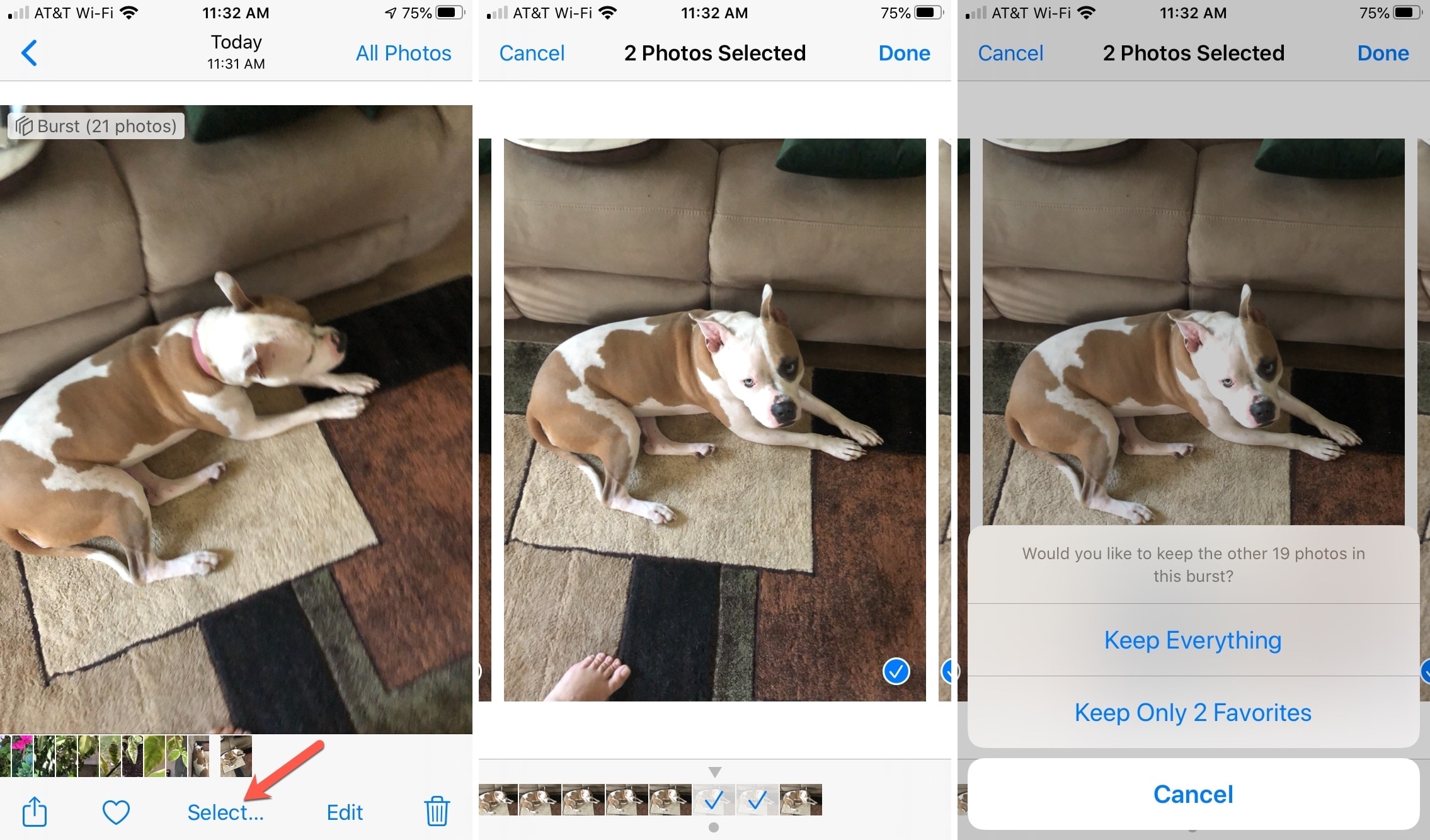 Keep in mind that you don’t have to review your burst photos right away. And you can continue capturing more photos with burst mode.

So, if you’re out and about, you can use burst mode to make sure you get some terrific shots. Then when you get home, open Photos, select the burst photos, and review them then when you have more time.

I don’t know about you, but I know there have been plenty of times when I snapped an awesome photo only to discover later that it didn’t turn out as I had hoped. But by using burst mode, you can reduce the chances of that happening!

What are your thoughts? Are you going to give burst mode a try the next time you want to capture some great moments with your iPhone or iPad camera?

For more, take a look at how to shoot 4K video on iPhone or read up on Depth Control in your iPhone camera.