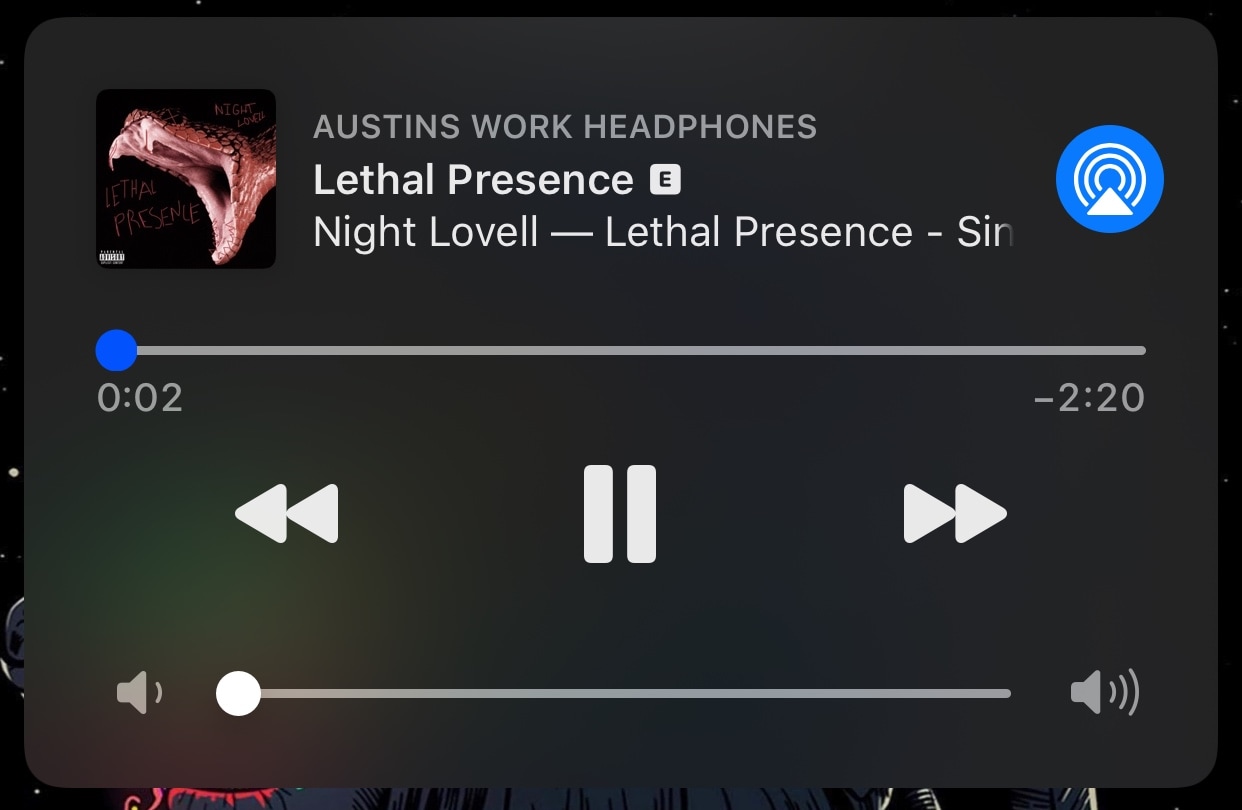 One of the things that has always irked me about the Lock screen’s Now Playing widget in iOS is the difficulty of scrubbing through music from the interface to position myself somewhere else in the song. Fortunately, jailbreakers now have an easy way around this tedious feat.

Say hello to LetMeScrub, a newly released and free jailbreak tweak by iOS developer TheLazyITGuy that not only enhances song scrubbing on the Lock screen via the Now Playing widget, but also brings customizability to the scrubber’s grabber itself.

As shown in the screenshot example above, you’ll notice that the tweak makes the Now Playing widget’s song scrubber grabber the same size as the volume grabber. In doing so, it becomes a lot easier to grab and adjust with your fingertip.

You’ll also notice that the grabber is blue in our example, and that’s because the tweak unlocks colorization features. You’ll be able to choose a preferred color and toggle the tweak on or off on demand via the dedicated preference pane that gets added to the Settings app after installation:

The developer includes an Apply button at the top right of the preference pane to help you save any changes you make on demand.

I’d definitely chalk LetMeScrub as a vital improvement tweak for anyone who listens to a lot of Music on their iPhone or iPad, and if Apple is reading this, they should take notes, as the Now Playing widget’s scrubbing experience is frankly atrocious.

Those interested in trying LetMeScrub can download the tweak for free from the Packix repository via their preferred package manager. The tweak supports jailbroken iOS 13 devices.

Do you plan to give LetMeScrub a shot? Let us know why or why not in the comments section below.