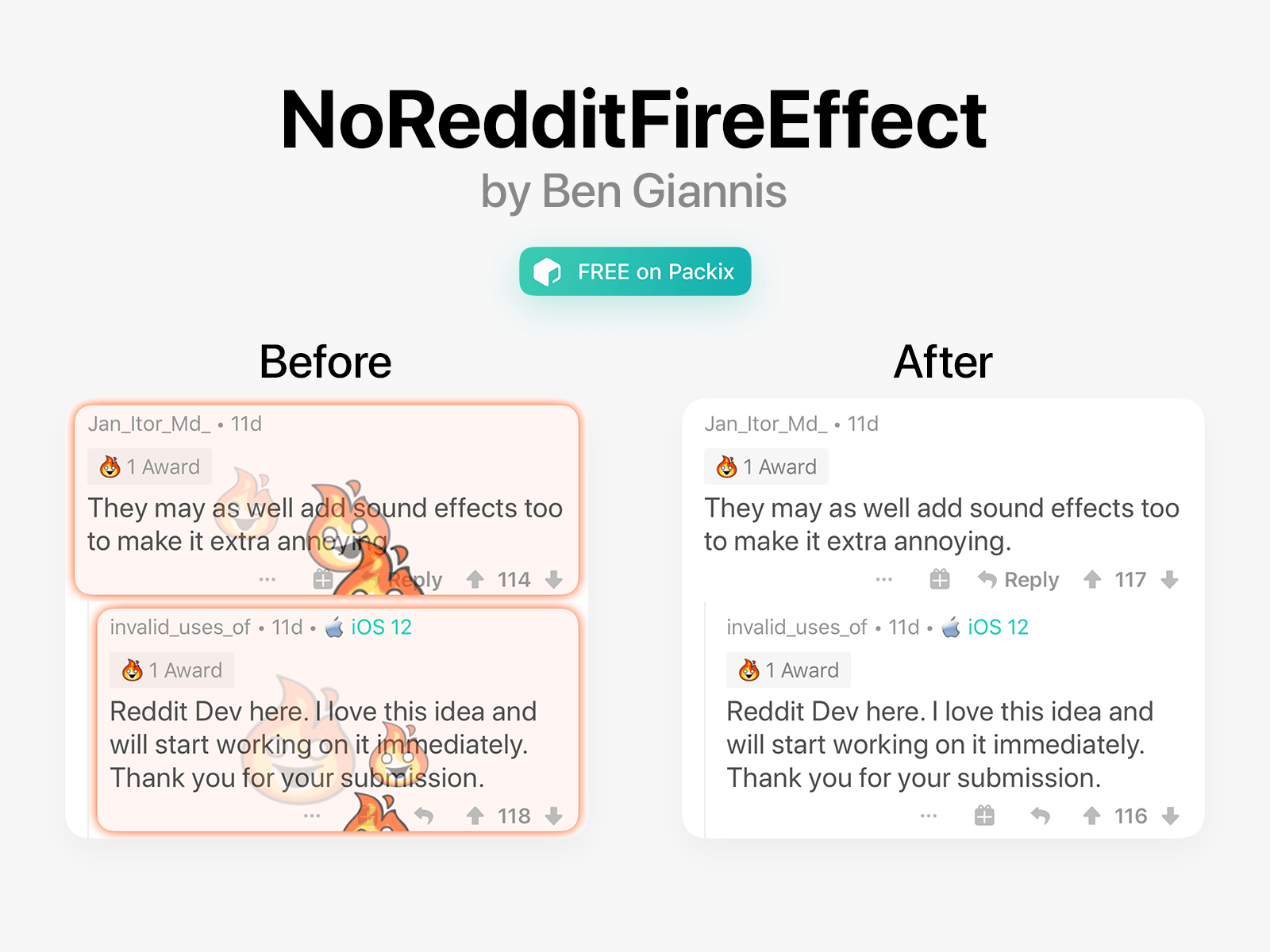 While I personally enjoy using the third-party Apollo client for my Redditing needs, there are still plenty of people who’d rather use the official Reddit app as opposed to an alternative. One thing about the latter that doesn’t seem so popular among users, however, is the fire effect that appears when comments are given the Ignite award.

If you side with the camp that dislikes this effect, then you’ll be happy to know there’s a new and free jailbreak tweak called NoRedditFireEffect by iOS developer Ben Giannis that can disable it entirely.

Just in case you have no idea what we’re talking about or you’d merely like to see how the Reddit app looks before and after installing NoRedditFireEffect, the screenshot examples above depict how an Ignited comment appears in the Reddit app both with the tweak and without the tweak installed.

Perhaps the most beneficial perk to using this tweak is that Ignited comments are more legible without the fire effect overlaying on the text. Apart from that, it comes down to personal preference and whether you like or dislike seeing the effect.

NoRedditFireEffect doesn’t come with any options to configure, and if you’d like to try it out, then you can download it for free from the Packix repository via your preferred package manager. NoRedditFireEffect only supports jailbroken devices that have the official Reddit app installed.

More details about the tweak, including a sample post to test it out on, are available in this /r/jailbreak thread.

Do you like or dislike the Reddit app’s Ignite effect? Discuss your position in the comments section below.