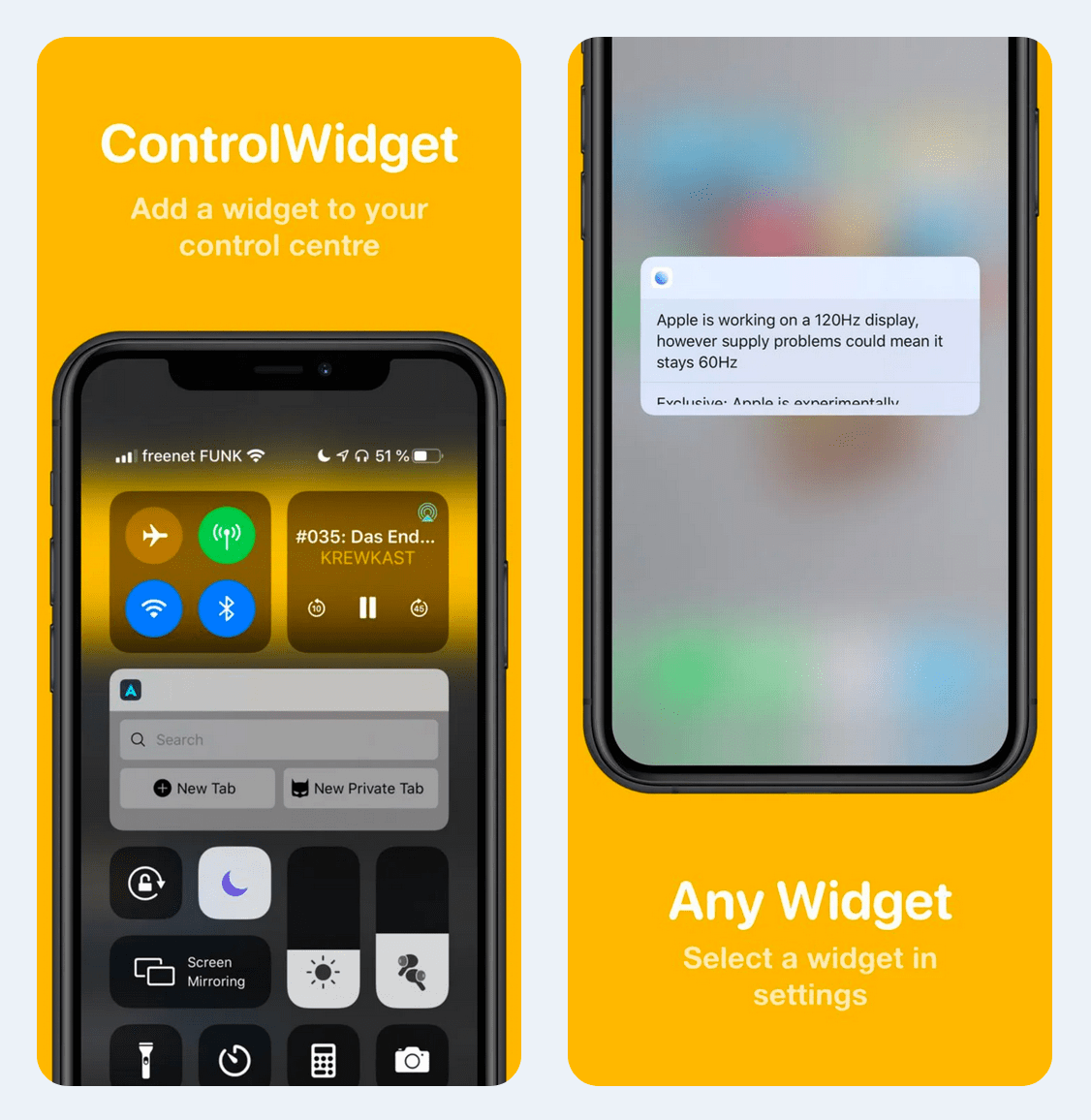 If there’s one thing I like about how iOS has changed over the years, it would have to be the introduction of widgets via the Today page. Available via the Lock screen, Notification Center, and to the left of the first Home screen page, the Today page offers a quick and unmistakable glance at pertinent app data from widget-supported apps. But what if you wanted to access your widgets from more places?

Unfortunately, Apple keeps widget access locked down to a very small number of places in iOS, but with the help of a newly released and free jailbreak tweak dubbed ControlWidget by iOS developer Marcel Braun, you can now enjoy a Today widget of your choosing in the Control Center interface.

As depicted in the screenshot examples above, ControlWidget has been specially designed to make the Today widget blend in with Control Center’s surrounding modules as if it was intended to be there. The example is of a third-party widget from an App Store app, but you can also use first-party widgets provided out of the box by Apple.

Since you can choose what widget you’d like to have in your Control Center interface, it may not come as much of a surprise that the tweak adds a dedicated preference pane to the Settings app where you can configure a few options: 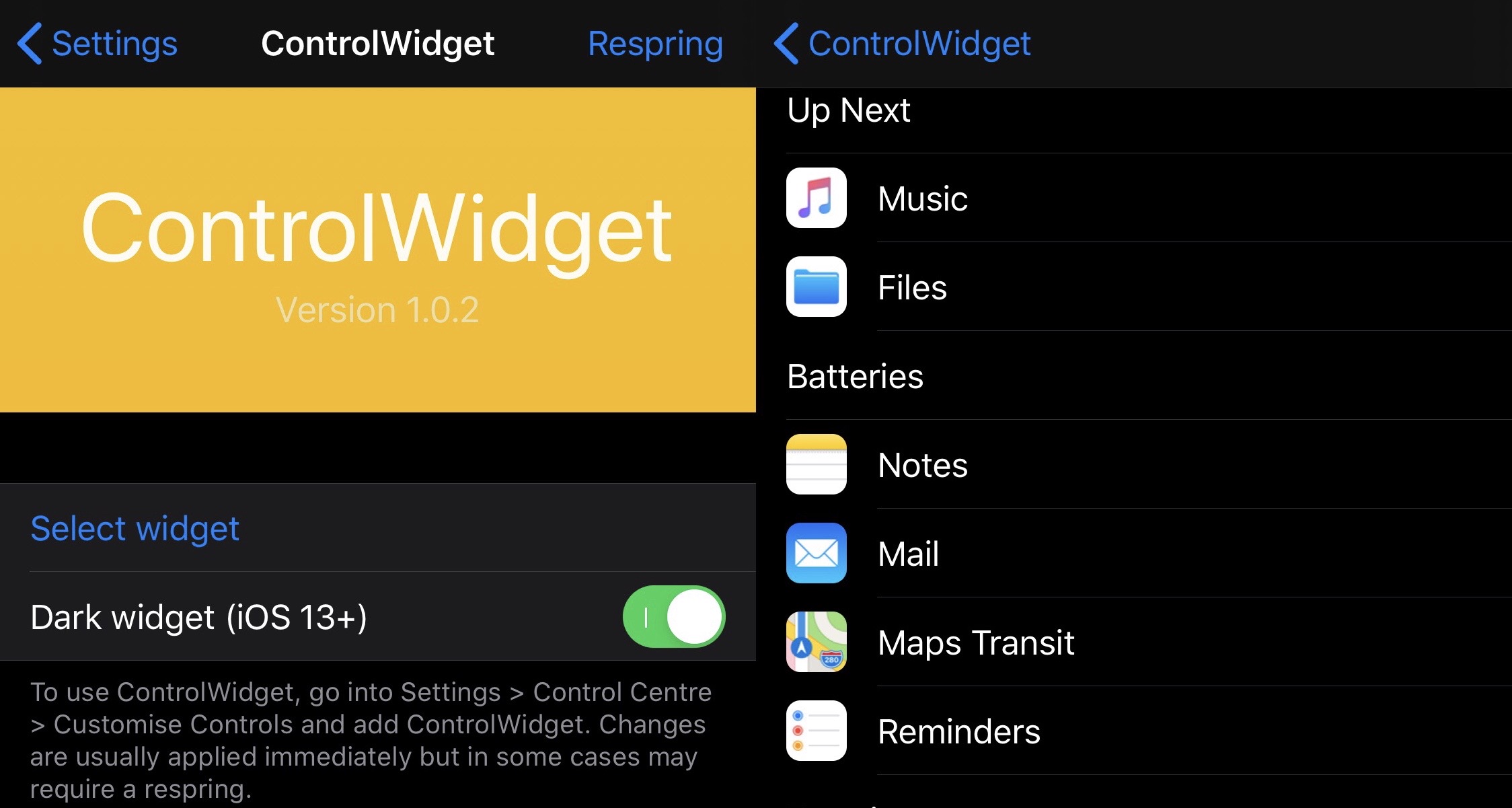 The developer provides a Respring button at the top-right of the preference pane so that you can save any changes you make.

Does it make sense to have a widget in the Control Center interface? Maybe and maybe not. After all, it’s almost as easy to visit the Today view in Notification Center as it is to use Control Center, but it’s still cool to stick it to Apple and make your iPhone do something it wasn’t designed to do.

Those interested in trying ControlWidget can download the tweak for free from the Basepack repository via their preferred package manager. The tweak is intended to work on jailbroken iOS 13 devices; however, it should also work on iOS 11 and 12.

If you could add a widget to your Control Center interface, which one would it be and why? Share in the comments section below.