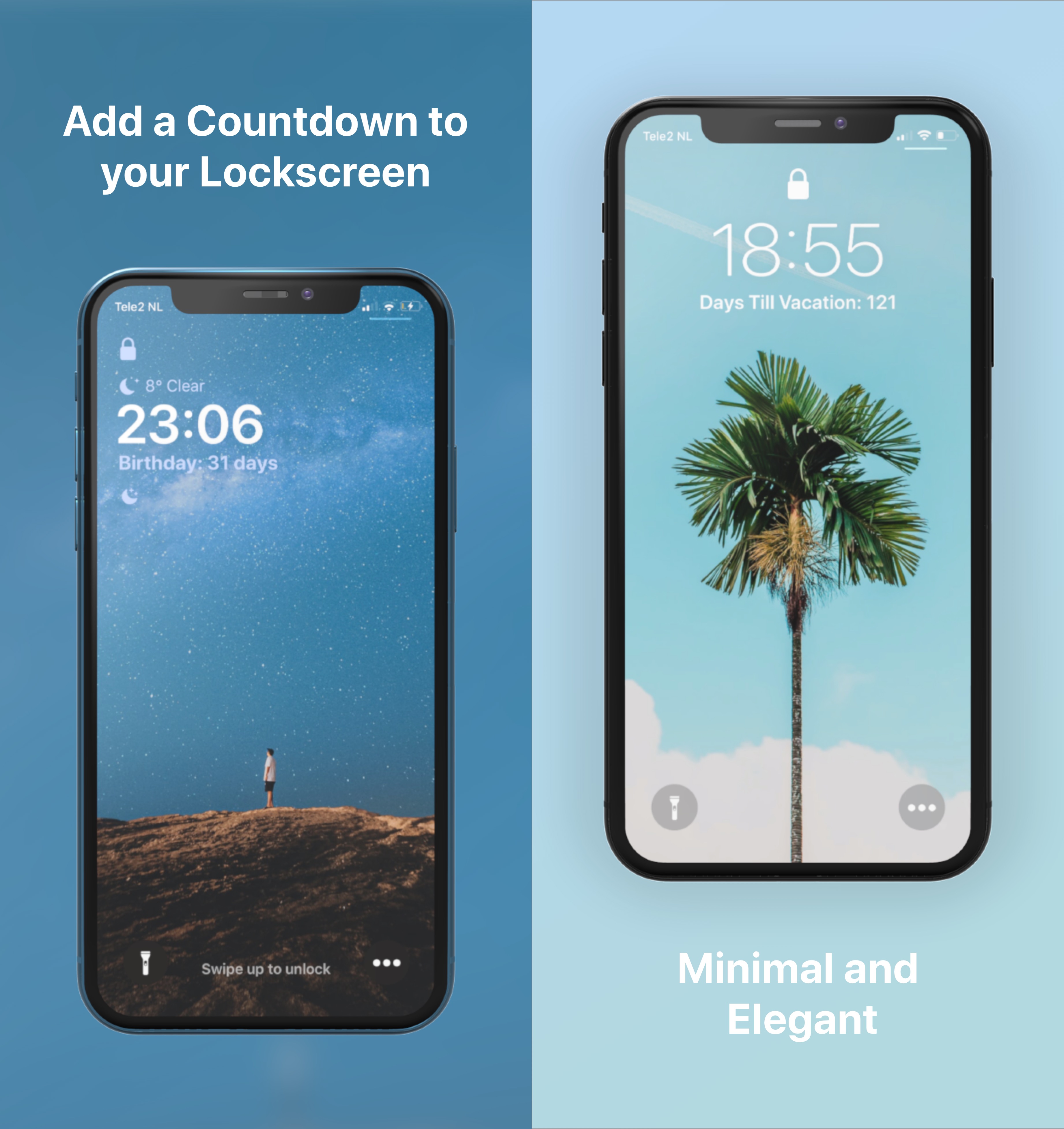 One thing I’ve always wished that the iPhone had was a more sophisticated countdown timer. While you can certainly use the iPhone’s Clock app to accomplish this in terms of hours or minutes, it would be more useful if you could add days to the mix as this would make it easier to count down to Birthdays and other important dates.

While Apple has yet to introduce an official solution, a newly released and free jailbreak tweak dubbed Counted by iOS developer Dave van Wijk introduces an elegant and fully customizable day counter to any iOS handset’s Lock screen.

As shown in the screenshot examples above, Counted is designed to appear just underneath the Lock screen’s native date display. Users can choose what the text says, be it a Birthday or a string of text such as “Days until [insert clever example here],” and then the tweak takes care of the numerical aspect on its own automatically.

Once installed, Counted puts a dedicated preference pane in the Settings app after installation where users can set up their counter however they like:

Counted is an incredibly simple jailbreak tweak that we wish came integrated into the stock iOS installation. On the other hand, at least jailbreakers have a way of getting this functionality at their disposal right now.

Those interested in trying Counted can download it for free from Dave van Wijk’s beta repository or the default Chariz repository via their preferred package manager. The tweak officially supports pwned iOS 13 devices, and it’s open source on the developer’s GitHub page for those interested in learning more about what makes it tick.

Will you be giving Counted a try? Let us know why or why not in the comments section below.