Anyone using a jailbroken iPhone or iPad as their daily driver has likely experienced the aching inconvenience of something called jailbreak detection. This is essentially where an app developer implements some kind of trap in their app that detects if your handset is jailbroken and then responds one of two ways: 1) by denying the user access to the app on the jailbroken handset; or 2) banning the user for the use of potential third-party hacks.

Jailbreak detection has been a pain (to say the least) for users who enjoy the freedoms made possible by liberating their handset from Apple’s control, and the feeling is made worse when you find out that an account for one of your favorite games was banned for accessing said game on a jailbroken device. These issues have raised community-driven demands for jailbreak bypasses, especially one at the kernel level that would be far more robust than the traditional variety.

Update: The project has been taken down as the developer doesn’t appear confident enough to move forward with development. 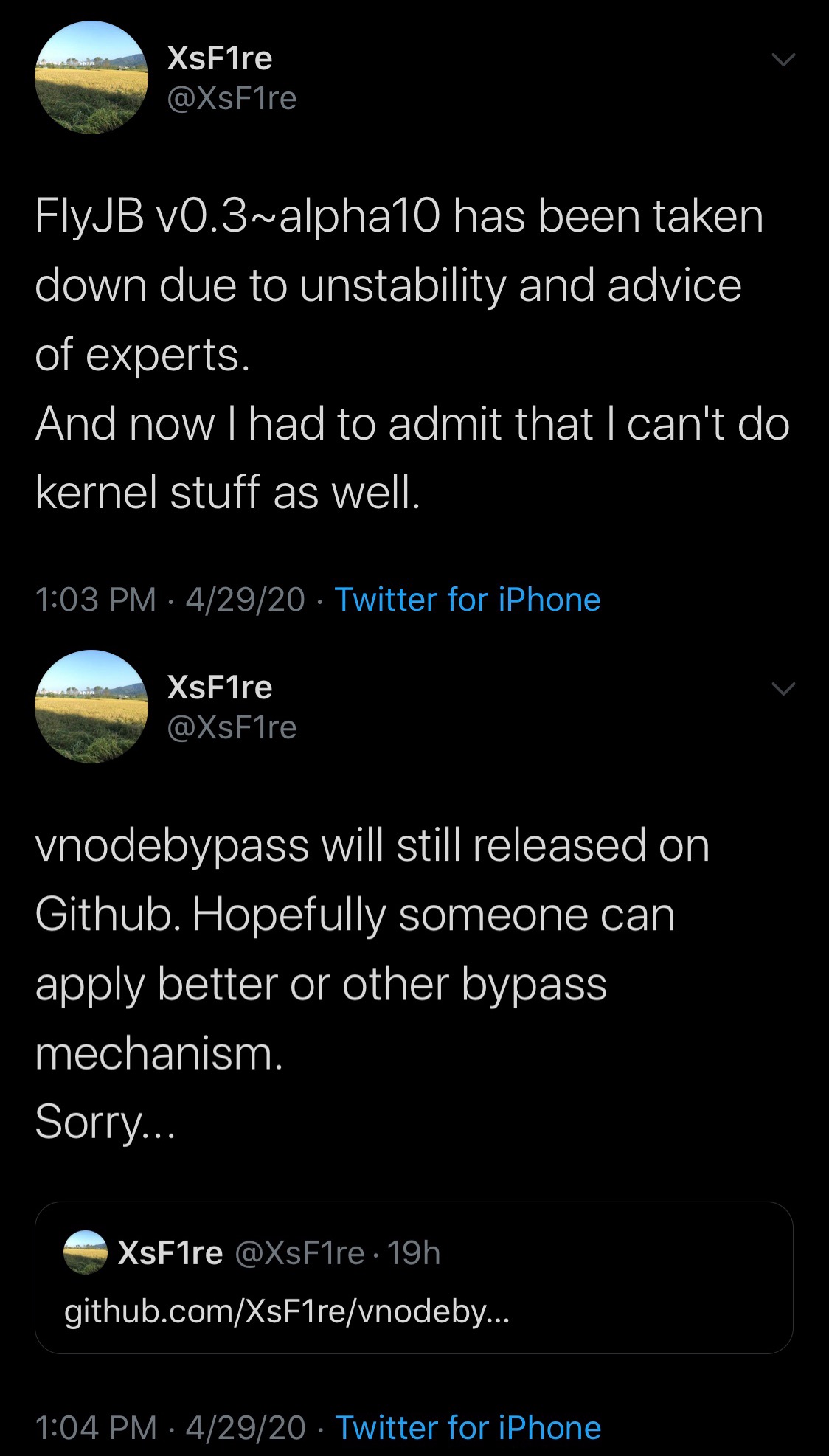 Those are some bold claims indeed, and it goes without saying that we have no way of testing the kernel level jailbreak bypass against “every known jailbreak detection” in existence. Nonetheless, several users have reported being able to play popular titles like Call of Duty mobile, Fortnite, Pokémon GO, and PUBG among others, as well as use banking apps, each of which are typically off limits for jailbreakers.

The post goes on to recommend that users uninstall and reinstall any jailbreak-detecting apps before using them on their pwned handsets, as it’s possible that those apps could be caching a jailbreak detection. Deleting and reinstalling the app should delete and rebuild the cache after the jailbreak bypass has been installed.

For what it’s worth, this particular kernel level jailbreak bypass is in its early alpha stages of development on the developer’s personal repository, and with that in mind, there’s still a lot of room for improvement in terms of support for different apps and stability.

Note: Those who decide to try the kernel level jailbreak bypass out do so at their own risk. This post is intended for informational purposes only and doesn’t guarantee jailbreakers immunity from recourse if an app suddenly happens to recognize that you’ve hacked your handset. You have been warned.

It’s particularly interesting to see that there could be a potential fool-proof way of thwarting jailbreak detection for good. With that in mind, those interested in the project will want to follow the developer closely for updates.

Are you excited to see what happens with this kernel level jailbreak bypass? Discuss in the comments section below.