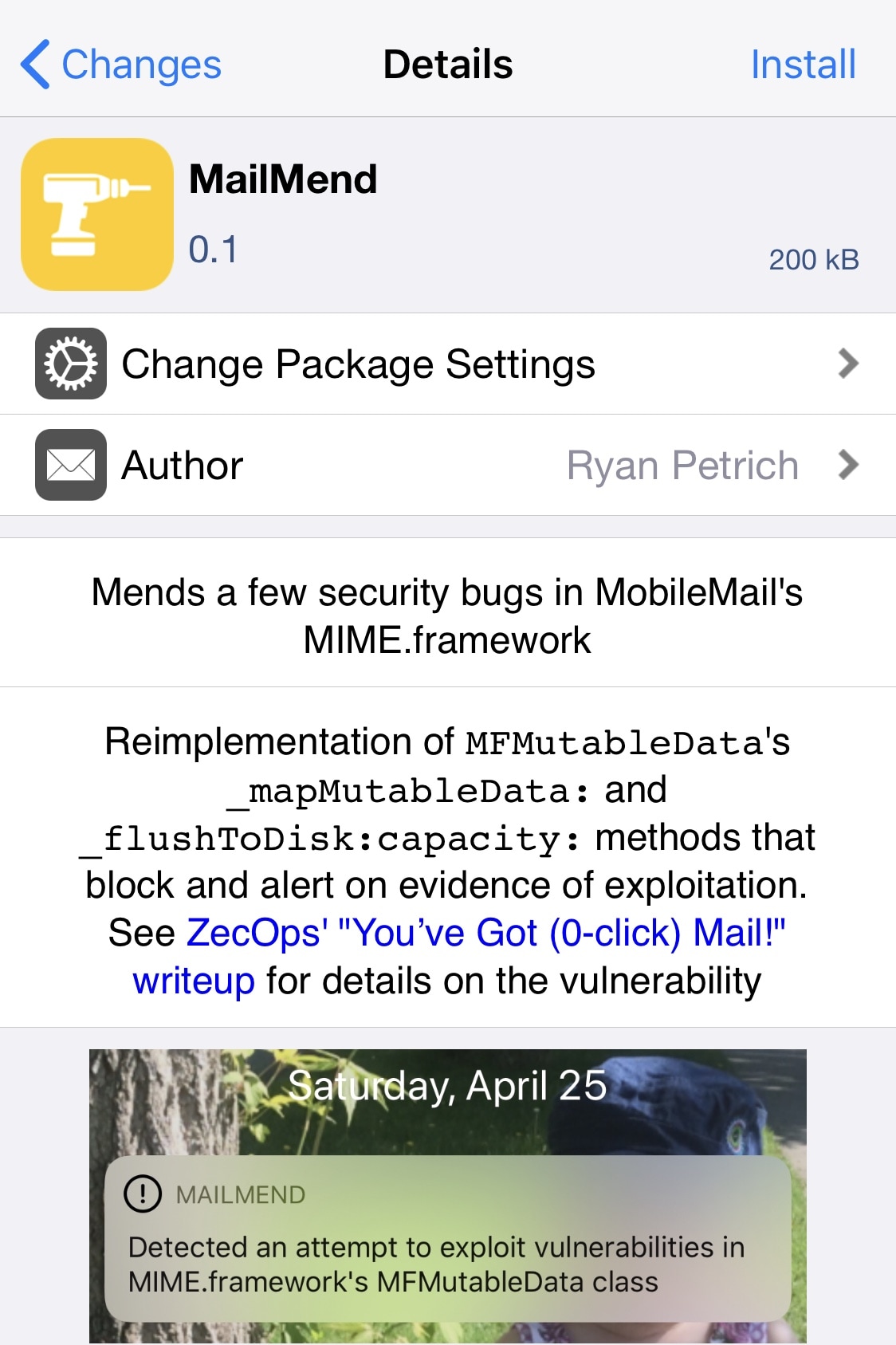 Earlier today, we showed you a new jailbreak tweak called CaptureTheFlag that could be installed to patch a rather tedious text message-centric bug in which someone could send you a string of text from the Sindhi language to ‘freeze’ or ‘crash’ your iPhone. A great add-on to have if you’re jailbroken, but perhaps not the only one…

Yet another new jailbreak tweak release dubbed MailMend by iOS developer Ryan Petrich claims to patch a vulnerability that was only just recently discovered and disclosed in iOS’ native emailing app (Mail) by cybersecurity company ZecOps. 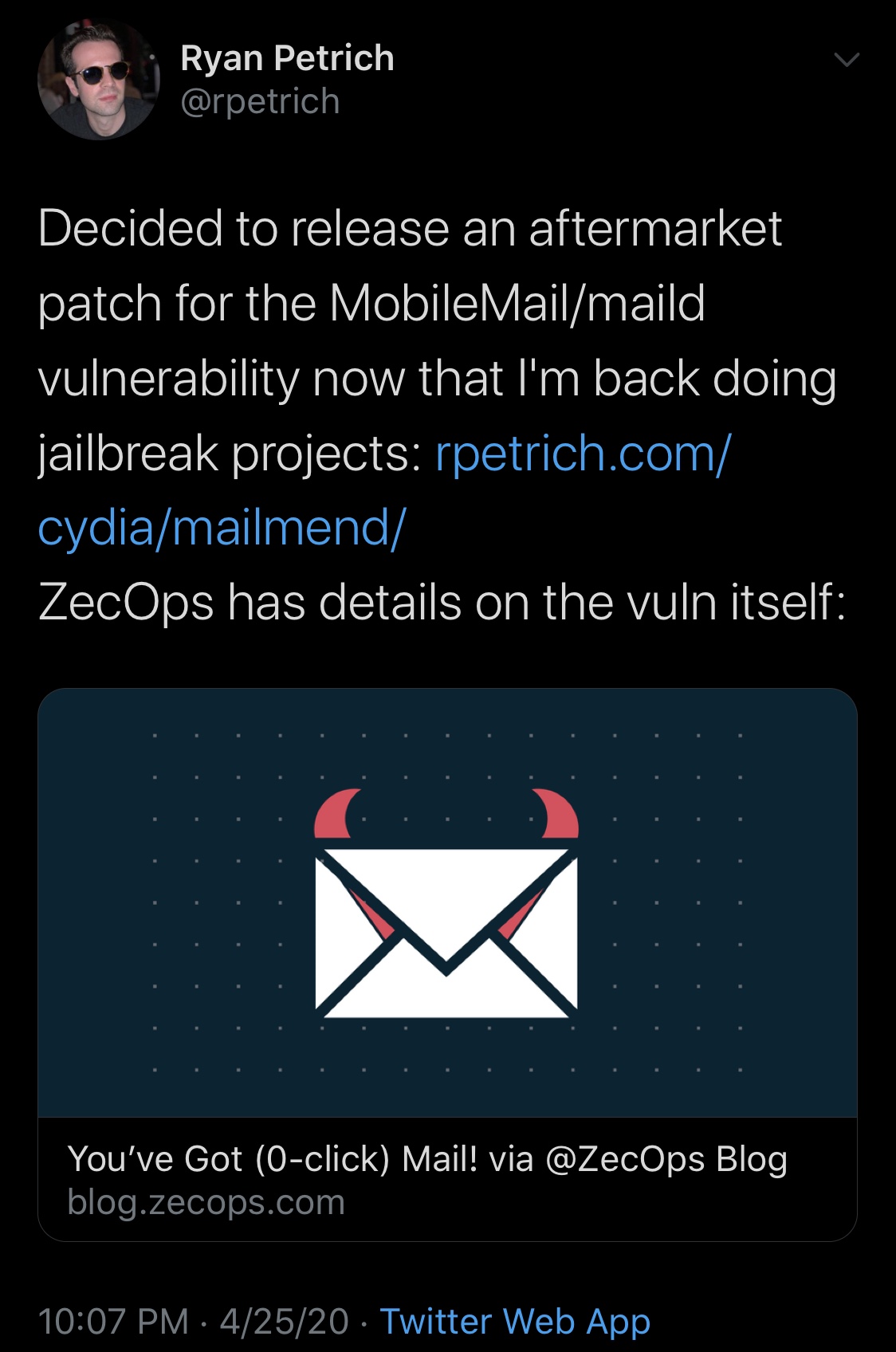 In an official statement, Apple said that the company has no evidence to indicate that this vulnerability was used to maliciously target iPhone or iPad users. But then again, this means nothing in the grand scheme of things now that the vulnerability has been publicly disclosed, leaving Apple with no choice but to work on an upcoming software update that will patch the vulnerability for good.

Software updates aside, jailbreakers could just uninstall the Mail app and use a third-party alternative to avert this vulnerability. But now, merely installing the MailMend tweak should be enough to permit jailbreakers to continue using the Mail app without worries and without updating their iOS firmware. It’s an unofficial, albeit effective solution.

Obviously, the tweak only protects users at a jailbreak tweak level, which means that users must be in a jailbroken state to take advantage of the additional protection. With today’s prevalent semi-tethered and semi-untethered jailbreaks like checkra1n and unc0ver, this can be a problem if you ever reboot your handset or run out of juice.

If you’d like to download the MailMend tweak, then you can get it for free from Ryan Petrich’s beta repository via your preferred package manager. The tweak supports jailbroken iOS 12 and 13 devices and doesn’t come with any options to configure. Moreover, the tweak is open source on the developer’s GitHub repository.

If you aren’t already using Ryan Petrich’s beta repository, then you can add it to your package manager with the following URL:

Will you be installing MailMend to help protect yourself from the Mail app vulnerability on your jailbroken devices? Discuss why or why not in the comments section below.