Chimera1n replaces the native checkra1n bootstrap on the checkra1n jailbreak with the Chimera bootstrap. In doing so, it provides users with the Sileo package manager and a Substitute/Libhooker-based alternative to Cydia Substrate for tweak injection. 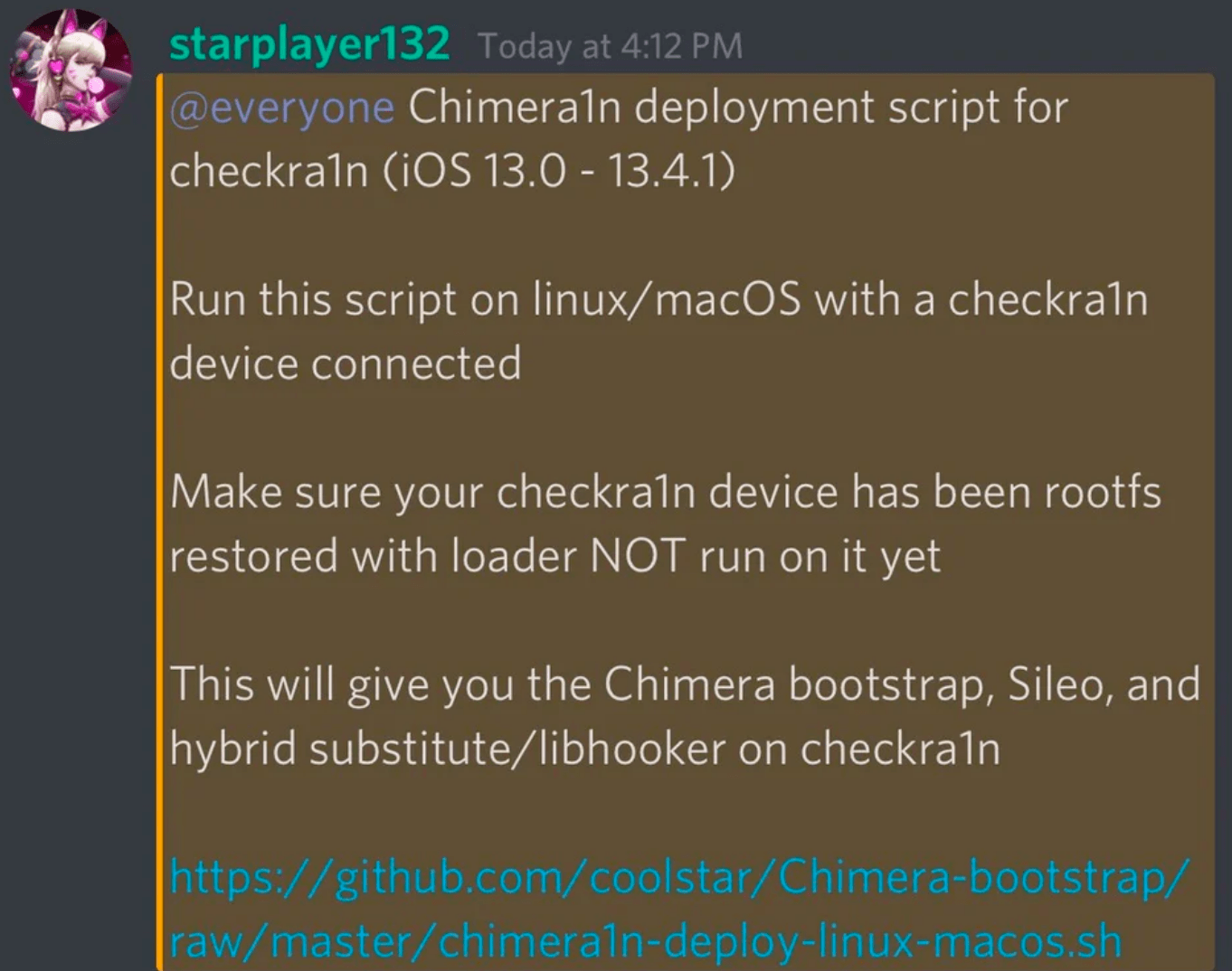 By now, most people reading this are probably wondering why they would ever need this, and if you have to ask yourself that question, then chances are you probably don’t. On the other hand, if you’d rather use the Sileo package manager and Substitute/Libhooker-based tweak injection instead of Cydia and Cydia Substrate, then you could potentially benefit from this release.

To be blatantly honest for the sake of curious minds, there isn’t enough scientific evidence to show that Substitute/Libhooker is more reliable or stable than Cydia Substrate. All we have are a series of claims from the developers themselves, and honestly, that isn’t enough to convince me otherwise. Claims can be purely circumstantial from one user to the next based on the tweaks and extensions those users have installed. Period.

It’s unlikely that the average jailbreaker would discern any difference between the two in the day-to-day usage of their handset, and personally, I’ve used checkra1n how it comes since the day it launched with absolutely no issues, and that says a lot coming from someone who tests and reviews jailbreak software for a living.

Our point isn’t to knock Chimera1n itself, but rather to inform potential users of the fact that there’s no compelling reason to switch if you’re already happy with what you have. Then again, if you support the Sileo ecosystem and aren’t patient enough to wait for the Electra Team to launch the upcoming open-source Chimera13 jailbreak, then this is one way to achieve a comparable experience in the interim.

For those interested, CoolStar published the full Chimera1n script on GitHub this afternoon. CoolStar also shared the following tips via Discord for getting started:

Please note that you proceed at your own risk if you do move forward with the Chimera1n script. Furthermore, this is an Electra Team product, which means that the checkra1n team is not responsible if anything goes wrong in your attempt to deploy Chimera1n.

Will you be converting your checkra1n jailbreak to the Chimera bootstrap, or will you keep everything how it is? Discuss your position in the comments section below.