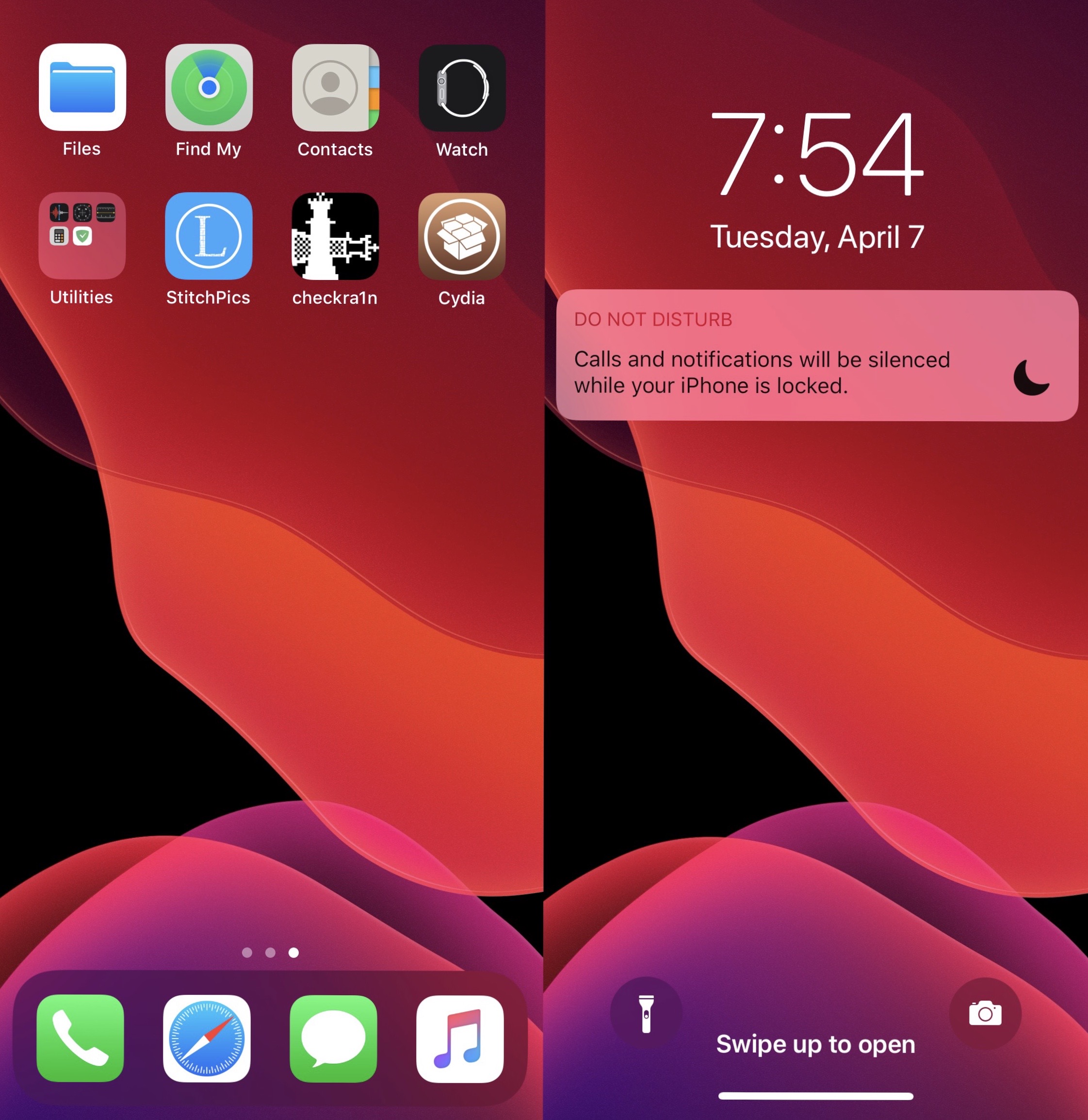 Dark mode is one of the top new features of iOS 13, and while it looks great how it comes out of the box, Apple unfortunately doesn’t offer much to its users by way of dark or light mode customization.

If you agree, then Dawn is a newly released and free jailbreak tweak by iOS developer EthanRDoesMC that offers something of a middle ground between dark and light mode. With it, you can enable some features of iOS’ native light mode even when dark mode is turned on, and vice-versa.

In the screenshot examples above, we’ve enabled light banners and folders with iOS’ native dark mode turned on (designated by the dark Dock). For more examples, see the developer’s demonstration video below:

The tweak adds a preference pane to the Settings app after installation where you can designate the interface elements that will appear dark or light, depending on user preference:

Here, you can choose between Default, Light, or Dark aesthetics for any of the following interface elements:

Personally, I don’t mind iOS’ native settings; but if you prefer a mix-and-match of dark and light interface elements, then Dawn just might become your best friend, and it can be downloaded for free from the BigBoss repository via your preferred package manager.

Dawn supports jailbroken iOS 13 devices and is open source on the developer’s GitHub page for those interested in learning how it works.

Will you be downloading Dawn? Share why or why not in the comments section below.